Yeah, and they don’t have the rights to the games, they’ve been trying to get the owners to hand over the rights to them, in return for 10% of their sales to go to charity. Plus, this thing is clearly lacking the QAOP keys. 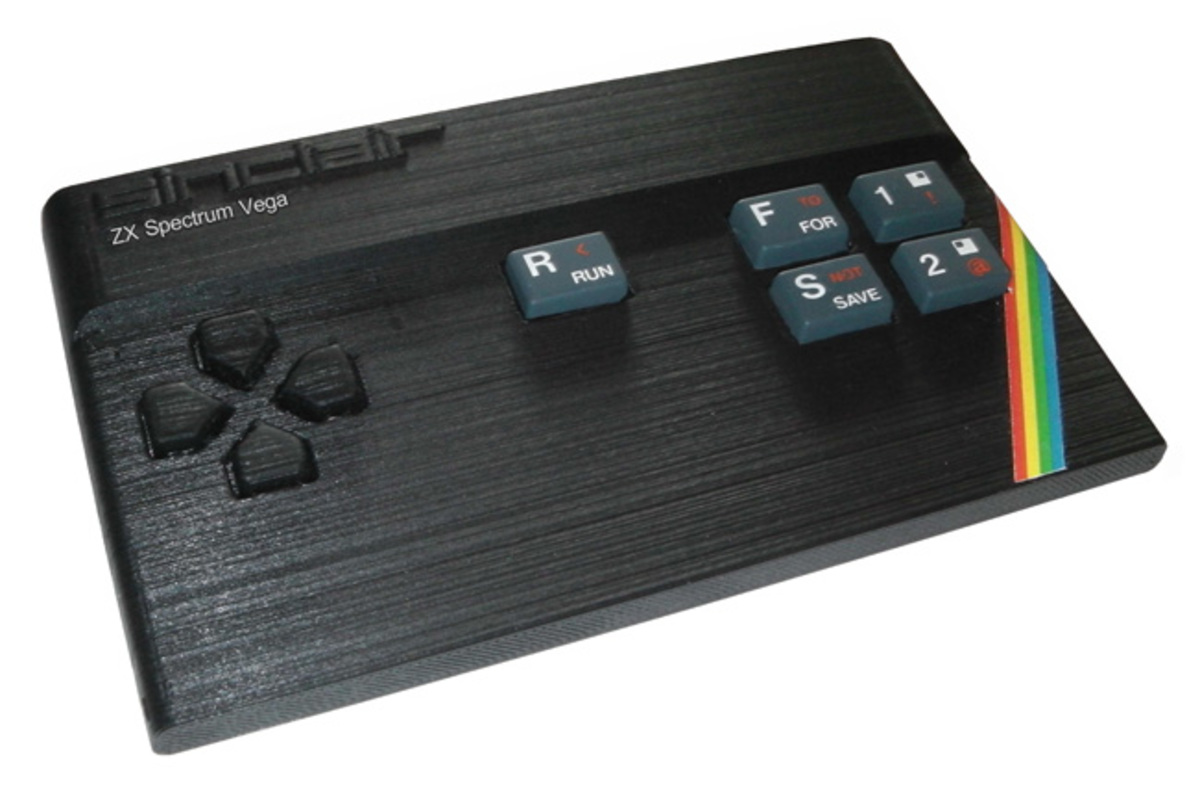 Sinclair is back with the Spectrum Vega ... just as rubbish as the ZX

Something a little sad about Sir Clive revisiting his old hit

Putting 1,000 games in ROM presents the slight problem that Retro doesn’t actually own the rights to them and so has issued an open letter to rights-holders to get in touch and will be approaching them directly. The company has asked that any Reg readers who’ve a Spectrum hit in their portfolio please let them know that they will happily allow Retro licence to use them as 10 per cent of the sales of each Vega will go to Great Ormond Street hospital.

The Spectrum ZX features prominently in “Let’s Compare” videos, where you can learn that your beloved first computer (be it an Apple II, or a Commodore 64) was essentially shite compared to some obscure model that was only released in Japan…, although in this case, the GS does quite well.

Many of the best games will be useless with dumb console-style controls. What’s the point of a Spectrum with no The Hobbit? ~_~

Indeed, given that I can emulate one perfectly on every computer and phone I own, why have a physical Spectrum at all?

(Admittedly I was only doing it to play Chaos, and I don’t need to now that Chaos Reborn is out…)

Although the GS, despite being an Apple ][, came out many years after the classic home computers did and was more comparable to things like the Amiga, so it wasn’t surprising it did well.

Not to mention that, like most “retro” consoles these days, it really is just running an emulation as well, so you really aren’t gaining anything in terms of authenticity over emulation on hardware you already own.

Indeed, though it hasn’t stopped them from blitzing their funding goal - https://www.indiegogo.com/projects/sinclair-zx-spectrum-vega

I was going to say much the same thing about MS Dos. The graphics and sound capabilities of IBM/compatible machines weren’t anywhere near that level back when I had my C64, so that’s obviously a later re-release.

A hundred quid? Jeez, twenty sounds steep to me. How much is a Cherry Pi?

Back in the day I used to spend hour after hour with that damn membrane keyboard, being careful to not dislodge the memory expansion box.

I still have a Timex, in its original packaging.