And in order to honour the traditions that have developed around any computer related product with the name Sinclair on it in general, and the Spectrum in particular, it will be [drumroll] massively delayed.

And for added realism, a randomly selected set of machines won’t turn on at all!

and they based it quite wisely on the second-gen Speccy rather than the iconic but infuriating-to-type-on rubber-keyed original.

Ah, so merely awful vs unusable?

And when you’d get the new games in a magazine and spend all morning coding them in… the memories.
I had a 64k module on mine, but my tape drive was not so good, so saved games always needed about an hour of debugging before they would work.

How good is a Pi Zero then? Could you actually use one of these with the extension board to do everyday internetting stuff then?

The ZX Spectrum Next does NOT have a real z80 in it. It has an FPGA (field programmable gate array) that allows the board to emulate a z80 at the hardware level. There are ZX Spectrum clones out there that use real z80s, like the Harlequin, but this is not one of them. Nothing wrong with FPGA clones – they are really cool and let you reprogram, update, and change the processor, but you would be mislead if you thought you were getting an actual z80 chip in this thing.

I know the Next will have three AY chips for sound, but I wonder how the 7mhz mode will affect old style 48k 1bit beeper music engines like those originally heard in games like Chronos & Agent X, but still used today by a small number of enthusiasts. Maybe (since I think they can be very heavy on the z80) it’ll allow new beeper engines with a slightly smoother sound or more channels?

It’s surprising to hear about this on the heels of further nastiness with the Spectrum Vega. 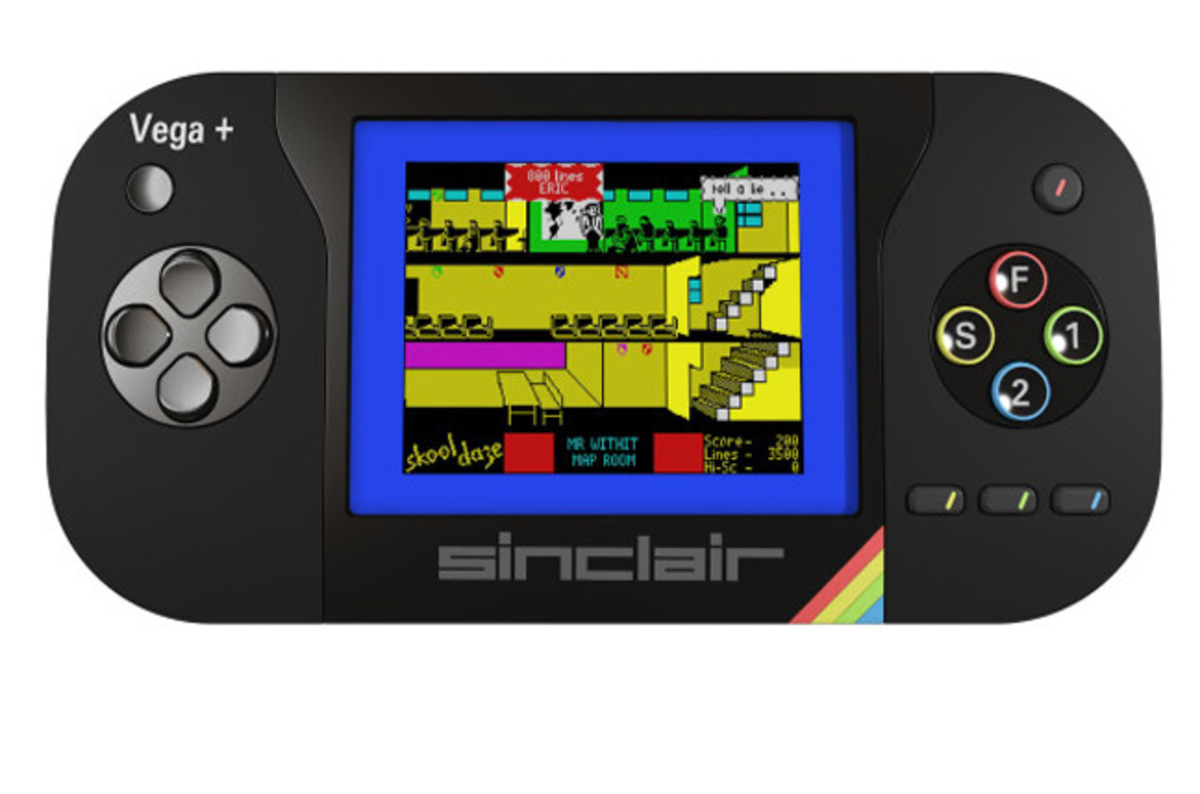 But mouthpiece then denies he's a spokesman

I think it came with an emulator and a bunch of games, though.

Cassette 50 was worse. At least “Don’t Buy This” was only £1.99, told you what to expect & was reviewed in magazines, so if you hadn’t got the idea & thought the name was some sort of tricky reverse psychology they reminded you that it was shit & you shouldn’t buy it.

Cassette 50 was just crap. I don’t remember ever seeing a review of it in a magazine & as far as I know it was never sold in shops, but when I was very young & saw their ads 50 games for £9.95 with a “free” calculator watch seemed like amazing value. I mean, how could you lose? Even if some of them were rubbish you were still getting 50 games, so it’d surely average out in the end right? Then the tape arrived & you realised the games were generally appalling & below the level of BASIC type-in listings from magazines like Sinclair Programs, Sinclair User or C&VG. Oh & even if one or two where ok for 5 minutes, there was so much on the tape that it was a pain in the arse to ff or rewind to the right point to load them & you eventually gave up. In the end I think I decided the whole thing was a scam to sell calculator watches & the games were just part of a bait & switch to lure you in.

I have a substantial FORTH environment I built up 30 years ago, optimized at considerable effort by substituting Z80 code for bottleneck FORTH words. It would be amusing to try it on this system. Does it come with a SS/SD 5.25" floppy drive?

No floppy drive as far as I know, but I think It’s generally compatible with Spectrum peripherals (if you happen to have a Spectrum disk interface lying around) & has a SD card slot. Oh & since you mention Forth I think it also supports the Jupiter Ace. (only mention it because it’s the only home computer I know that ever had Forth as its built in language)

Oh & since you mention Forth I think it also supports the Jupiter Ace. (only mention it because it’s the only home computer I know that ever had Forth as its built in language)

Canon made a very cool dedicated word processing system that ran Forth as its OS. It had 256K of memory, which for Forth applications is practically infinite.