Reminder: you can buy vintage milk at Amazon

Have you vomited uncontrollably and at such length as to leave you shaking and in tears lately? Try it!

See? Innovation is not dead!

Reminds me of an old SNL sketch with Tom Hanks and the Dumbass or Dumbasskis family - something like that.

They smell and then drink bad milk, and are like “OMG, this is awful, here taste this.”

“OMG this is really bad, here you gotta try it.”

Also is it really from 2011? I wouldn’t think that would be possible to store that long.

Yog Sothoth:
“Some authors state that the favor of the god requires a human sacrifice or eternal servitude.”

Being momentarily serious, I guess if you started with milk that contains the bacteria (if they are bacteria, can’t be bothered to check) for yoghurt, once they had converted all the lactose into lactic acid everything might get killed off. I believe the Bulgarians used to store yoghurt for quite long periods.
I wouldn’t like to be the test substrate, though.

If you like the reviews on the Tuscan Whole Milk, allow me to suggest the banana slicer. 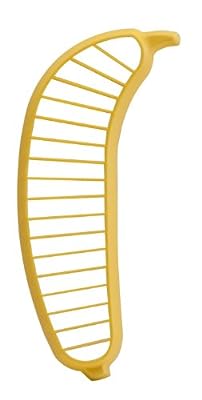 Slice an entire banana in one quick motion. Fun for children and safer than a knife. Dishwasher safe.

I know there are collectors out there who spring for vintage (e.g. 60s and earlier) cartons, the wax-lined ones with the corner “plug” closures… but 2011?

Uber, but for milk.

In this case it’s not the container that’s a collector’s item, it’s the milk itself.

I suppose you could sterilize it with gamma radiation, but somehow I doubt that’s the case here.

I suppose you could sterilize it with gamma radiation, but somehow I doubt that’s the case here.

How long will it take bugs to chew through the carton?

…with no ill effects…

Do you mean aside from the rads?

True, but you get rads from even eating freshly killed meat in the game.

Um… I don’t get it. Please explain.

[quote=George Carlin]
Most people will just go and get what they want, leave everything else alone and say, “Well, someone else wants that. Someone else will eat that” Meanwhile, the thing is getting smaller and smaller and smaller and is, in fact stuck to the rack. Well, I’ve got to go in there and decide when to throw things away. “Chocolate pudding? Does anyone want this last chocolate pudding? I have just one chocolate pudding left. It’s only pulled away from the side of the dish about three inches all the way around. And there’s a huge fault running through the center of the pudding. Actually, it’s nothing but a ball of skin at this point. Does anyone want a ball of fault ridden chocolate pudding skin? I’m only going to throw it away.”

Do people do that with you? Offer you some food that if you don’t eat it, they’re only going to throw it away. Well, doesn’t that make you feel dandy? “Here’s something to eat, Dave. Hurry up, it’s spoiling!” “Something for you, Angela. Eat quickly, that green part is moving!” “Here, Bob. Eat this before I give it to an animal.”[/quote]

Here, drink this before I sell it on ebay!

We’d love to. But none of us get it either.