Rep. Jackie Speier is disgusted by Republican acts of showmanship during the debate on abortion services

Originally published at: Rep. Jackie Speier is disgusted by Republican acts of showmanship during the debate on abortion services | Boing Boing

I would have taken the $20 and donated to a reproductive services clinic. 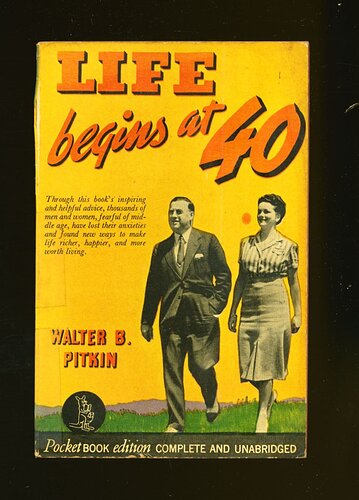 Intelligent life hasn’t reached a sizable portion of Florida yet.

Talk about missing the point. One of the things that the abortion opponents refuse to acknowledge is that biology is inherently more complicated and nuanced than they’re making it out to be. They say “life begins at conception” but science doesn’t even have a single definition for “conception.” Does life begin when a sperm encounters an egg? When the egg divides into a zygote? When that zygote implants in the uterine lining?

Even under normal circumstances something like half of all embryos fail to develop to term, so if life begins when these clowns say it does then God is the biggest babykiller of them all.

I mean, I’d take his $20 and remind him that Judeo-Christian religious writings state it begins “at first breath.”

Then yes, donate it to reproductive rights groups.

Do you have anything that can point me at the section of religious writings that says this? I’d love to be able to quote this to any of the anti-abortion asses that I encounter. It will be delicious to have them look it up in their own copy of the bible and be stumped for a comeback.

I can’t believe it’s been answered all this time.

Allowing republicans to frame the argument around when “Life Begins” - their own pseudo-philosophical term that they pass off as science- is already a losing game. Hopefully pro-choice reps can get on the same script that this is a distraction and is in no way the pivotal question in reproductive rights battles.

This stunt in particular seems to be drafting off of the “What is a woman” gotcha, but is somehow even more meaningless and beside the point.

Genesis 2:7 is a good start: “And the Lord God formed man of the dust of the ground, and breathed into his nostrils the breath of life; and man became a living soul.”

Job 33:4: "The spirit of God has made me, and the breath of the Almighty gives me life.”

Three examples of life not existing until first breath. They will, of course, deny that’s what these writings mean, but couple this with the verse about giving a woman who has committed adultery and gotten pregnant with the other man’s child an abortion, along with another verse that fines a man for causing a miscarriage, but puts him to death if the woman dies of the miscarriage (thus showing a fetus isn’t valued the same as a life), and the Biblical intent is clear. Life is not life until it’s born, a fetus is not valued as much as a person, and abortion is perfectly fine.

For $20 the answer probably should be “There’s no universally agreed upon definition of when life begins. My opinion is …”

Personally I’d probably say that life begins (at least for organisms that reproduce using viviparity) when the offspring is capable of surviving outside the body of the parent. I’d be willing to allow some artificial support (respirator, for example) but if the support is effectively an artificial womb (known as uterine replicators [warning: TV Tropes link] in Bujold’s Vorkosigan Saga) I’d be inclined to say the offspring’s life hasn’t started yet. But that’s just my opinion.

I like to remind folks that Rep. Jackie Speier survived a shooting at Jonestown in 1978. Way more respect for her than some doof from Florida with his cheap trick.

For $20 the answer probably should be “There’s no universally agreed upon definition of when life begins. My opinion is …”

Answering the question at all would be playing into Republican hands. They know damn well that they people they’re performing for want definitive, clear-cut answers even if those answers aren’t based on anything approaching objective science.

Even the question is misleading. An egg isn’t dead, is it? A sperm isn’t dead either. They are just as alive as many similar microbes. So the flow of “life” from two human parents to their progeny doesn’t suddenly end or begin. It’s continuous.

Around 3.7 billion years ago.

I think this is really the key important point. Republicans otherwise don’t require one person to risk their health for another. Most of them don’t even like the idea of giving up a dime of taxes to help someone unless they’re already rich. So even if a zygote were a full person, it wouldn’t matter.

The only way their position makes sense is if the woman in question isn’t, which is why they try to talk around her existence as much as possible.

I mean, there’s the whole Noah thing, so God’s the biggest babykiller of them all irrespective of when life begins.