It’s all about projection with these Nazi assholes.

Note to all politicians, public officials, and everyone in general:

If you are contemplating a joke by comparing something to Nazis - DON’T DO IT*. The deaths of six million people are not a joke – never will be.

*Unless the comparison you are making is with actual Nazis who are, sadly, well established in the US right-wing fringe. While jokes about living Nazis are ok, the preferred method is to just punch them.

Indeed. When the actual, swastika-waving Nazis show up these clowns can never be bothered to offer a public condemnation.

Actual Nazis = Hey let’s not be too hasty to condemn one side over the other, I mean we have a First Amendment for a reason and they make some valid points and did you know that the KKK was actually started by the Democrats???

I think the thing that burns me up the most is so many of them are the same ignoramuses from high school that were expected not to be very successful in life, if it were not for failing upwards.
Poor grasp of history, science, pretty much all of it.

The whole Republicans-were-cool-in-1860 is tiresome.

I really want these morons to spell it out for me. How exactly is asking people to wear masks, to protect the lives of themselves and others, like marking people for rounding up and extermination?

I mean, the thought process here is sloppy even for these dudes, who are the dumbest motherfuckers ever. The “thinking” seems to go: “The masks mark people! [Except if everyone is wearing a mask, the opposite is true, no?] Something, something, Nazis!” I can’t even imagine what the “something” is there.

More from the “they’re not pretending anymore” file.

Temporarily ignored the extremely poor taste of rhetoric compare anything the holocaust (because I can’t fully address that level of fucked up). Is the GOP suggesting we should force people who won’t wear masks onto trains and keep them in special camps? It’s a horrible thought, but if people want to force my hand it may come to that. If it does happen, it means our response to the pandemic has been an utter disaster and we probably deserve to be under martial law.

I believe we should balance freedom with public safety. In the short term we need to be safe, so that we can be alive and uninjured, in the long term we need to resolve the pandemic and restore individual freedoms like not wearing underpants in public or whatever this is about.

I’m glad COVID-19 isn’t a worst case scenario. Like face melting horror show with where a single viral particle is viable for infection and lives for weeks on a surface. Let’s call COVID-19 a elementary school level test of how we handle a pandemic. We would be fucked if we faced high school or university level tests. I give us a D on our performance… if we work hard we might bring it up to a C-. If we do poorly over the next year, a D-. Total failure is probably not an outcome I wish to consider, you do not want to get an F when it comes to life-and-death.

The whole Republicans-were-cool-in-1860 is tiresome.

Especially given the fact that Republicans fucking LOVE the guys who waged an actual war against the first Republican President.

restore individual freedoms like not wearing underpants in public

It’s hard to believe these were the people throwing the “snowflake” label around.

If putting a mask on makes you feel so threatened and frightened that it seems to you the equivalent of being on the wrong end of the Holocaust, well… you don’t need to be calling anyone a snowflake.

" Upon further investigation, the @mngop learned the Wabasha County FB page was not hacked last night, as believed by Wabasha Chair. The offensive picture was posted by a board member who has resigned effective immediately at the our request."

The official who resigned WAS The Wabasha chairman. HE didn’t think that the page was hacked, he POSTED the damned image in the first place.

Republicans, not even able to tell the truth about the people that they fire.

Said official is no longer officially with the organization.

Gee, whoda guessed, hah? One guy in the local office shows a bit of talent. Head Office poaches that one guy. All the best people…

It’s a long watch (24:10), but worth every minute if you’re not already familiar with the topic. 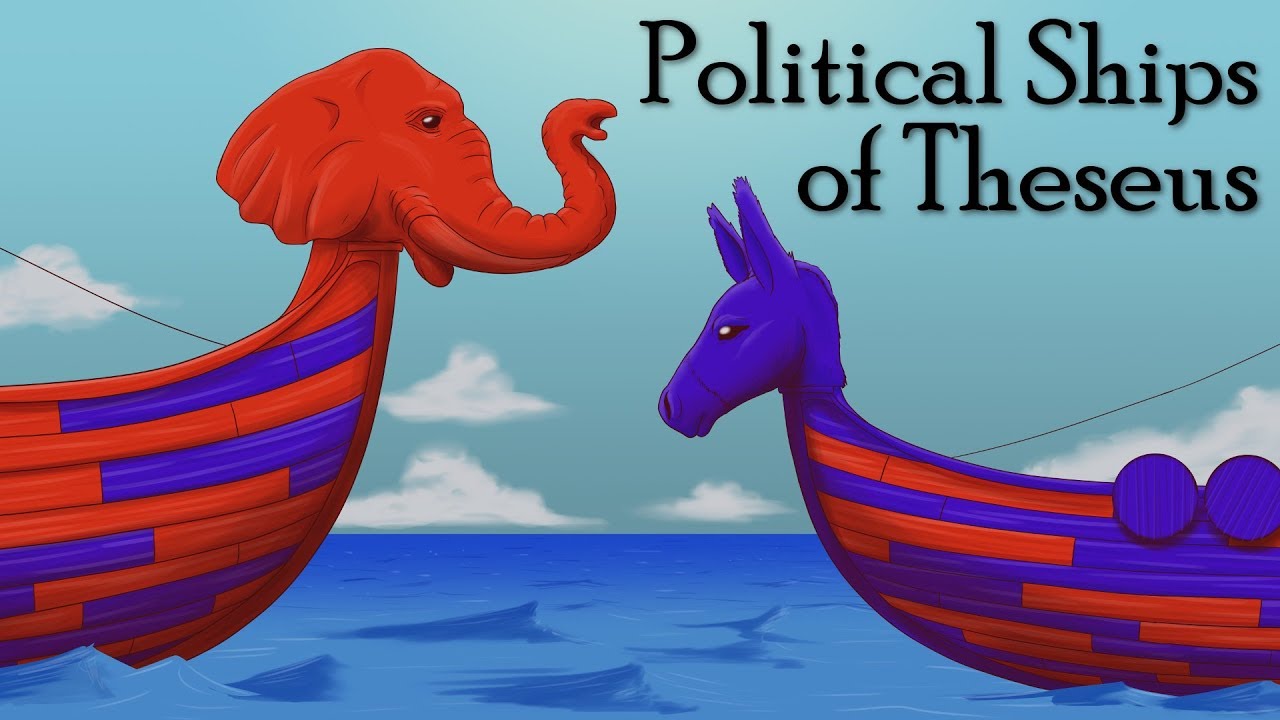 God I really hate some constituents of your country at the moment.

I feel bad about feeling hatred of course.

Seeing stupid trash like this, I am just not emotionally equipped to feel anything else at the moment.

You guys need a political purge or something.