Republicans are the primary beneficiaries of gerrymandering

And, coincidentally, are still likely to name a child ‘Gerry’.

Democrats are guilty too, but had fewer opportunities and fewer really egregious examples.

The GOP has little choice but to gerrymander, disenfranchise, work the broken Electoral College and otherwise game the system to win. The party knows that its base* is aging/dying and rural, not exactly a formula for growth in 21st century America. To paraphrase The Joker only slightly, this country deserves a better class of conservative opposition party.

[* as distinct from the plutocrats the party really serves]

Well, sometimes what one believes to be true isn’t, actually. Now we have the evidence to say that this is not one of those times.

It’s important to note (as per Dave Wasserman) that the Republicans aren’t entirely achieving this on their own. Democrat voters are clustered in cities in such a way that even if you draw reasonable maps, the Republicans will have an edge in terms of the ‘efficiency gap’. Drawing a partisan-blind map is probably going to result in one that somewhat leans Republican.

Having said all that, the maps that have been drawn go well beyond the underlying geographic bias and hopefully the Court will set a good standard.

Well, I’m not surprised considering how their percentage of vote seems to translate into their percentage of seat (4.8 seats per percentage point of total vote vs. 4.1 for the Democrats). I don’t know if Americans realize how bogus this makes their democracy look from the outside. Google didn’t help me find the author of the phrase, “That’s not the people picking their leaders, that’s leaders picking their people.”

The problem in America is that no one is trusted as independent. You ought to have people who can be trusted to draw election boundaries fairly. Instead, even your supreme court justices have ® or (D) next to their names. It’s a dynasty masquerading as a democracy.

It’s interesting to note that some of these states seem to be “reverse-gerrymandered”—that is, the party in power has drawn lines in such a way that it reduces their advantage. Louisiana and Tennessee on the Republican side, New Jersey, California, and New York on the Democrat side. Although for California and Tennessee, the disadvantage seems to be tiny.

As the (GOP) party pivots … into an entho-nationalist party that uses white identity politics to secure massive wealth transfers to an aging, tiny block of super-rich financiers, it can only realize electoral power through fraud

If Americans want party-proportional representation, y’all need to move to a system that explicitly accomplishes that.

Note that California and Arizona (two States, neither noted for precisely balanced party distributions) have very small skews. This is, at least in those two cases, because both have independent redistricting commissions chartered to produce maps that make sense, either by being compact and representative or compact and competitive. Others (Tennessee for instance) are also minimally skewed; one suspects because in the extremes it’s not worthwhile.

this country deserves a better class of conservative opposition party.

As someone that is very liberal in social values I want a strong COMPETENT conservative party. After all you need a strong opposition to become stronger rather than simply limping along, anointing a candidate nobody in the voting public likes while slamming doors on party unfavorites. A strong opposition forces you to cut your own dead wood lest you get buried.

Watching the outcome in the Georgia special election, it occurred to me that a perfectly legal minority rule “democracy” is possible in this country. And the longer it has to consolidate this power, the less likely its possible to overturn while obeying the law.

With South Africa able to cow 90% of their population for so long, who’s to say USia couldnt do the same with 75%?

And replace with what? The people aren’t going away, and going ‘they don’t deserve to vote’ or as good as saying such does nothing to help those people feel that we are anything other than ‘too intellectual too apart from the world and too smug to even consider talking with.’

Me and my family are a good example. They see me as ‘acting somehow better than everyone and everything anyone says offends you.’ So… why, in their view, should they listen or care?

WHAT WE NEED IS THE WISDOM OF SOLOMON

Since Shazam (Captain Marvel for you older comic readers) isn’t available I think I can fix this problem of statewide gerrymandering and I don’t even need super-science, a mathematical degree or any other kind of superpower.

Don’t believe me? Maybe we should try this:

Since there are only two parties and you want them to be fairly cutting up their states so no party has an advantage, let one party choose the process making it as legally equitable to both groups as possible where at the end, no one party ends up with a significant advantage.

Yes, it would take a significant effort to create, discover or design a process but LOTS of people have created methods more equitable than the current legerdemain passing as “partisan advantage.” Some are better designed than others and using technology may or may not give us any particular advantage as the next article reveals.

Can an Algorithm Eliminate the Unfairness of Gerrymandering?

Computers certainly draw prettier voting district maps than people do. But if we actually used them, we might have even less fair elections.

After we discover a means of dealing with such issues, and a resulting method yields a means which does not offer any significant advantage to one group or the other:

Then let the second party choose from the resulting balanced results first.

This will absolutely ensure no one group has an advantage because the group doing the work will choose a method which gives no advantage to the second party who will have the first choice of the resulting allocation process.

This also works when you have to make sure your kids are being fair with deserts or other things they normally fight over. The first breaks up the object or resource first, the second gets to choose first.

You will be amazed at just how precise they can be when they know they WON’T be getting the first choice.

I think the process of gerrymandering is problematic because Humans already have challenges in choosing good leadership when everything is already equal in all other ways. These other processes only ensure the worst candidates win the job because they are absolutely willing to do the worst things possible to win.

How can a person who is inclined to cheat to win, a good choice for advocating for what’s best for others when he was willing to cheat them to win in the first place?

I don’t normally reference CNN because they are almost always all over the map in their decisions about what they write on, but the fundamentals for this article make perfectly good sense.

Good leadership consists of people with:

If your group is willing to use gerrymandering as a means of winning, you possess none of these qualities, leading people to get the “government they deserve” rather than the one we need. A government capable of solving the real problems of the people, not just feathering their personal nests at the expense of the people expecting them to be solving the problems they were elected to deal with. 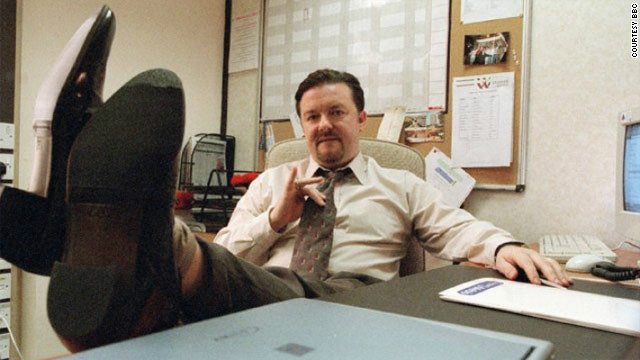 Why we pick bad leaders, and how to spot the good ones - CNN

Leadership expert Jeffrey Cohn explains why business leaders so often fail to live up to expectations.

I have also considered the idea that perhaps the way we choose leaders may simply need to improved, changed or enhanced in some way where geography is less important than it is in our current model. I haven’t devote significant thought to the process, but I am certain someone somewhere has. If you know of any such process share it here and I will take a look at it.

If nothing else, your children will stop fighting over who gets the most cake! I consider that a win we can all get behind.