Rescued hiker gets the helicopter ride of their life

Holy Shit! I got woozy just watching the gif.

"Oww! My head! My retinal capillaries! My cerebral arteries! My - "

That is just terrifying. I would’ve hoped that there would be a mechanism or something in place that would avoid this kind of spin. I can’t imagine this is the first time something like this has happened.

For the record, that “out in the scrub” is completely surrounded by the City of Phoenix. Piestewa Peak is a city park (OK, one of the largest in the world but still…) and the trail the hiker was picked up from is on the flat terrain surrounding the mountains (yes, plural.)

The peak itself is hikeable to the top, although I don’t advise it for anyone not in reasonably good cardiac condition; it’s over a thousand feet from the parking lot to the peak and several miles horizontal. At this time of year you’re best starting when the park opens at dawn, because it gets hot and, obviously, pack a couple of liters of water. Not just a pint bottle.

The slopes on either side of the trail are precipitous, so every year someone or other has to be fetched by Phoenix Fire from a good ways down. Not much cholla there but Murphy’s Law applies: if you fall, you’ll land in some.

The payoff (besides a good bit of pleasant exercise) is an awesome view not only from the top. Quite a bit of the local vegetation, including prickly pear, ocatillo, desert ironwood, and some of the later blooming varieties of palo verde, are in bloom now.

For all that, stay on the trails.

Blimey! I wonder what went wrong with this pick-up. They normally seem quite stable. Maybe something broke?

My guess based on no evidence whatsoever is that this was a rescue crew without a lot of experience.

can you get that in phrawn shows yet

I think that centrifugal force would take care of the mess before they choke on it.

I would’ve hoped that there would be a mechanism or something in place that would avoid this kind of spin.

I did some SAR many years ago and we trained on stuff like this. I think there’s usually a guide rope from the ground whenever possible to prevent spinning like this.

Well that saves on any anasthetic the patiant might need lol. They got knocked out by the G forces instead. I wonder how long it took for the poor buggers eyes to stop rolling.

If at all possible secure a patient potentially subject to vomiting on her side. If not possible (e.g. spinal injury) you need to have someone in position to roll the patient to her side at the first sign of nausea. That’s really basic BLS, so I’m not exactly thrilled with Phoenix FD on this. I’ve trained and worked with those guys and know the person who trains them in high-angle rescue.

I’m pretty sure they’ve heard some very unkind words over this one.

You aren’t safe from a spin under water either:

Oof. Just put me back down and let me die.

I would be praying for the cable to break and give me a quick and easy death. 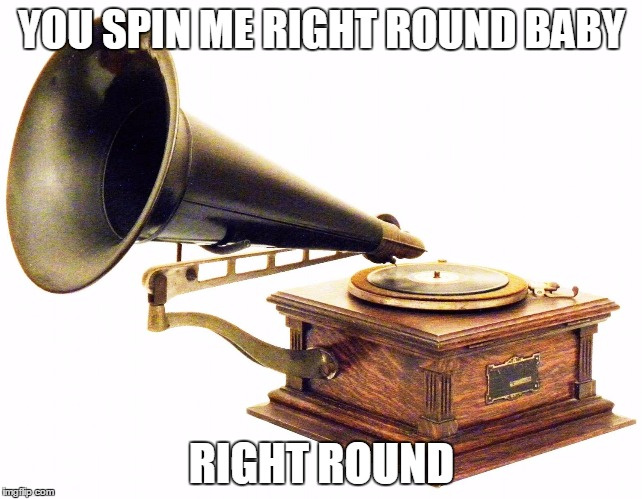 You’re very quick to criticize Phoenix FD - At the RPM the unfortunate hiker got up to, EVERYONE is going to be nauseous and strapping every rescue in the basket sideways is just asking for the next person who this happens to to be thrown out of the basket instead of being nauseous. I don’t know why this evac started spinning but attempting to put all evacs in baskets that aren’t designed for it on their sides instead of well strapped in on their back/stomach is a recipe for disaster.

NBC News reported that the spinning was caused by the rotors’ downdraft.

Yes, but there will always be rotor downdraft. Was there some kind of equipment failure or mistake made in this case?

Yes, but there will always be rotor downdraft.

Solution: just turn off the rotor.