All fine and dandy until an (R) POTUS comes along and puts an end to it.

I wonder if the relevant states would control this by putting an end to the transportation to/from the clinic, though. They’re already passing/have passed laws about leaving the state to get an abortion, regulating the boats traveling through state waters to get to the clinic (or just declaring them illegal) seems like an obvious way of shutting it down.

Still, fingers crossed this gets funded and works, soon.

All fine and dandy until an (R) POTUS comes along and puts an end to it.

Up until Hurricane Katrina, Mississippi required casinos to be floating, either on the gulf or the river. You’d get these massive resorts, like Beau Rivage, floating on barges, that never go anywhere, are attached to the shore, and look like any other building walking up to it. So there is kind of a sick precedent for this in the deep south. 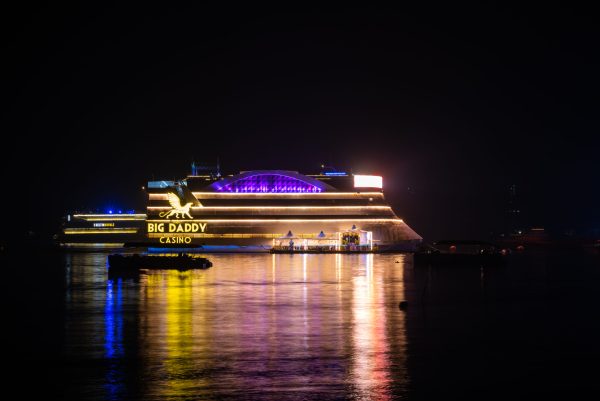 With abortion banned outright across the American south, one doctor has an idea to serve patients there in need of the procedure: floating clinics in federal waters, out of reach of state law. Dr. …

Interestingly enough this was a concept “floated” by seasteaders. Offshore medical facilities…

Don’t forget about Texas’ “I’m an Asshole” law which allows anyone to file suit against both those seeking an abortion and those possibly helping (i.e., driving to site, etc.), in the amount of $10,000.00 per judgement.

That still hasn’t been tested if it involves transportation out of state to where abortion is legal. That is pretty clearly illegal and unconstitutional, but a federal judge actually has to say so first.

I never thought that Doctors Without Borders would be deployed to treat United States citizens seeking medical assistance (outside of the US).

(Not yet, but the optics of them getting sued over this would be hard to justify to the court of public opinion.)

Lateral thinking is a manner of solving problems using an indirect and creative approach via reasoning that is not immediately obvious. It involves ideas that may not be obtainable using only traditional step-by-step logic. Considered pseudo-science by some, the term was first used in 1967 by Maltese psychologist Edward de Bono in his book The Use of Lateral Thinking. De Bono cites the Judgment of Solomon as an example of lateral thinking, where King Solomon resolves a dispute over the pare Later...

I never dreamed I’d say, “We should have UN observers in for our elections,” either.

There were floating planned parenthood sorts of things in ships off the coast of Ireland.

I’d be on board for this, especially if it was a retired war ship.

There were floating planned parenthood sorts of things in ships off the coast of Ireland.

You beat me to it. There is a precedent.

I don’t think they ever actually performed an abortion in one, they were primarily used to smuggle milfepristone and misoprostol into the country.