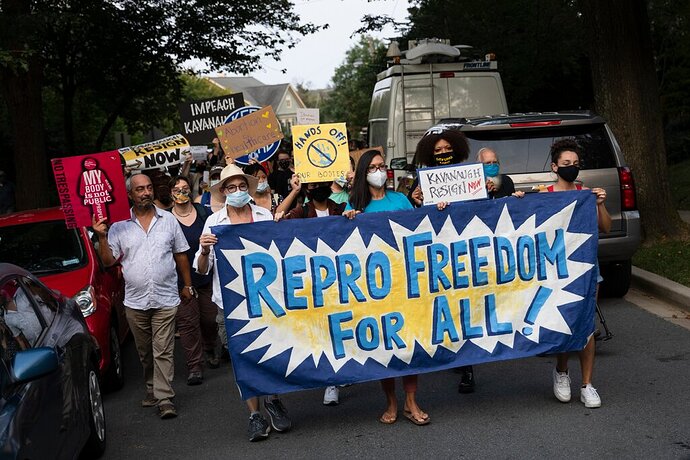 The Right to Travel in a Post-Roe World

In a concurring opinion last month, Justice Brett M. Kavanaugh said the Constitution did not allow states to stop women from traveling to get abortions. But the issue is more complicated than that. 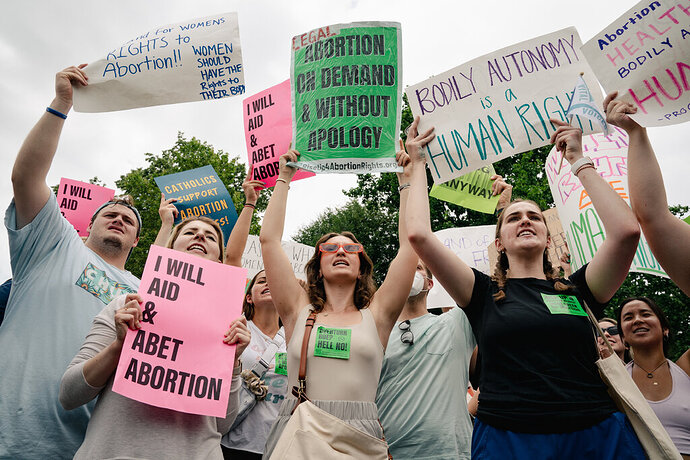 Is it legal for women to travel out of state for an abortion?

There are no abortion bans that attempt to prosecute women who cross state lines to seek an abortion.

Until the next (R) president comes along and signs an executive order putting an end to that.

There is only a right to travel outside of one’s own State, either to another State or out of the USA, if the Supreme Court says there is. The longstanding practice, going back to before the Founding, is to deny at least some people travel without permission.

Therefore there is no such right, according to Dobbs.

Everything awful is new again.

The longstanding practice, going back to before the Founding, is to deny at least some people travel without permission.

A group in Texas is working on a strategy to declare that the fetus counts as a person, thus leaving the state for an abortion means transporting a minor over state lines for the purpose of committing a crime. That is grounds for denying travel and also arresting the mother when she returns. It’s a special kind of madness that I don’t have words for.

In 1939, State Attorney General Earl Warren proposed a new legal argument against offshore gambling ships. He called them “a great nuisance” because they drew millions of dollars from legitimate purposes and would inevitably lead to the appearance of floating narcotics dens and houses of prostitution. He reasoned that states had the power to abate a nuisance even if it lies outside state jurisdiction.
After failing to comply with a state order to cease and desist, all but one of the gambling ships were seized by law enforcement.

The Era of the Gambling Ships in Santa Monica Bay

And what is to stop $10k bounties on people facilitating travel to them. Rule of law? So passe.

Just imagine if those assholes used their creativity for good… I guess they wouldn’t be Republicans then.

Edited to include negative. Thanks to @ClutchLinkey

It’s not nothing, but for women who live away from the coast, the issue of “how to get there” still remains. I imagine that this will become just one part of a whole underground railroad to get women to safety.

If it comes to that, may the stations be many and the conductors fearless.

I guess they would be Republicans then.

Is anyone else morbidly pondering the upcoming ‘originalist’ explanation for how crossing the US border to do business in international waters is actually a matter for the states?

Tony Cornero, the eccentric mobster “admiral” of the Santa Monica gambling fleet, was an accomplished amateur maritime lawyer who was a thorn in Earl Warren’s side for years. Warren finally had to resort to this shoddy “nuisance” argument after being outsmarted on matters like where the mooring lines were anchored.

I’m sure that the abortion providers will have professional maritime as well as other attorneys covering them. I’m equally sure that the handmaid states will pull their own versions of Warren’s morality-based argument (and of the L.A. D.A.'s dubiously legal seaborne piracy raids). I’m pretty confident that the former group, with the support of the ACLU, will put up a strong enough fight to make this plan worth trying.

Me. By whatever means necessary.

The distribution is considerably different in the US(much lower percentage of self-identified catholics in the general population; but a combination of representation where it counts and the adoption of a number of points of traditionally catholic theology by evangelical protestants who recognize the need to actually have a theology, even if most of it is just Aristotle with the serial numbers filed off and misogynistically annotated); but there’s a lot of commonality the situations. 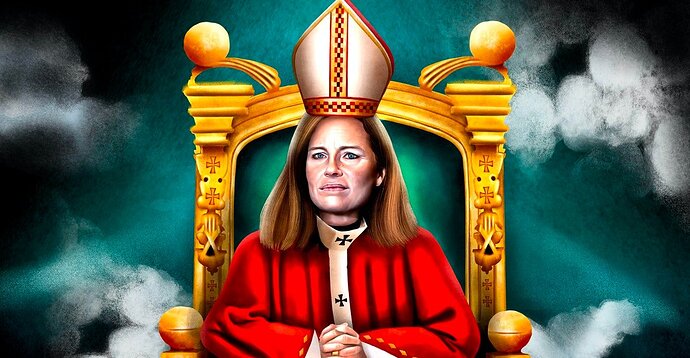 On the “postliberal” future of the federal courts

It’s all about the Baptists & Evangelicals in Texas.

And of course, when all the other groups that they hate are subjugated, the evangelicals and baptists will once again focus on Catholics as outsiders. MTG has already made some anti-Catholic statements, so its coming sooner rather than later.

Oh, I absolutely agree in terms of popular religious affiliation and where the footsoldiers are coming from; my point was just that the intellectual backing on the judicial side (and, to the degree that they even need reasons, the basis for theological arguments in favor of a position that was promoted from minimal relevance to central article of faith for evangelicals in the relative blink of an eye).

It’s absolutely not the case that a groundswell of catholic laity is the driving force(though Latin American immigration in the area is probably helping them lose market share more slowly there than they are in other locations); but the theological underpinnings of seeing abortion as a big serious sin because of ‘natural law’, rather than just a property issue as a plain reading of Exodus 21:22 suggests, are very much a catholic thing; aided by the fact that catholics actually have an exhaustively articulated and chewed over theology to work with, which can prove attractive to some of the smarter evangelicals.