Reuters bans RAW photos because they're easier to manipulate

Sorry, I don’t have time for this BS, Jesus and I have to catch a matinee.

This is such a misunderstanding of technology.

Obviously created from a RAW photo! You don’t know Jesus!

Fair enough – prior to digital, they had their photogs use 110 film.

Shhhh! The movie is on.

This seems like exactly the opposite of the correct approach:

There is no such thing as a digital camera sensor that produces jpegs. Just doesn’t happen. Even ignoring compression; unless someone is using a ‘true’ grayscale camera(ie. no color filter on the CCD, not just a camera set to ‘grayscale’) or one of the exotic-and-mostly-extinct ‘Foveon’ sensors; what the camera ‘sees’ is a bunch of a CCD or CMOS imaging chip light sensors with a Bayer filter(or conceptual equivalent, some brands use different patters) laid on top.

The crunching that goes into turning that into an RGB image has gotten impressively competent; but it is far from trivial; nor is it in any way standardized or visible: it’s whatever the camera manufacturers think is best, typically treated as a matter of competitive advantage, and not available for public discussion in any detail. Yes, it being a black box makes it somewhat harder for the photographer to get creative; but it also makes it so that nobody knows exactly what happened.

In the world where Reuters knows what the hell they are talking about, RAW would be mandatory(at least for employees proper, if the only camera at the scene is a lousy cellphone they aren’t going to turn those shots away); but they would establish a standardized workflow, or require that the photographer submit the original RAW and their desired transform, allowing them creative control but allowing anyone concerned about malfeasance to re-run the conversion with different parameters.

Given that Reuters presumably already has a giant data fortress for photo licensing purposes, you’d think that they’d be able to cope with doing this right. Take submissions in RAW, with the option of specifying transformation parameters as a separate file, otherwise some standardized and publicly documented ‘neutral’ transform would be applied for use; cut the cryptic behavior of in-camera processing entirely out of the loop.

Why is this hard?

Do you have a cite for this? Seems like a major advantage of the SLR is the ability to use telephoto lenses-- and most SLRs were designed for 135 format. Yes, there were 110 SLRs, but they’re rare. 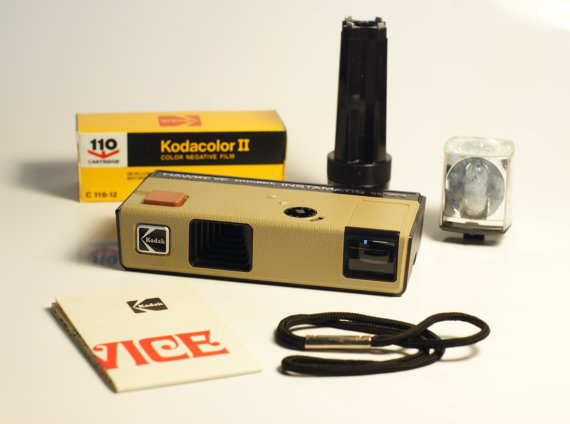 It’s got a flash, and a cord to keep you from dropping it (conditions Reuters photogs work in are quite often hazardous and confusing – what a terrible time to forget to put your camera in your pocket, losing all those valuable TOTES NON-MANIPLATED photos).

Some dedicated pros would even carry more than one, to be ready for anything! 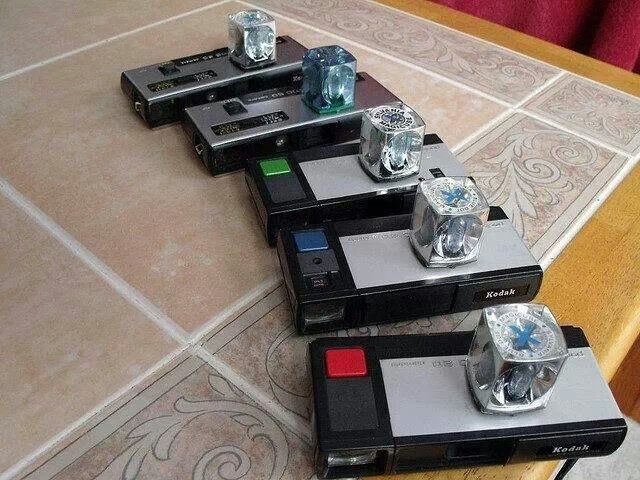 When shooting taking pictures of kids, a subtler approach is suggested: 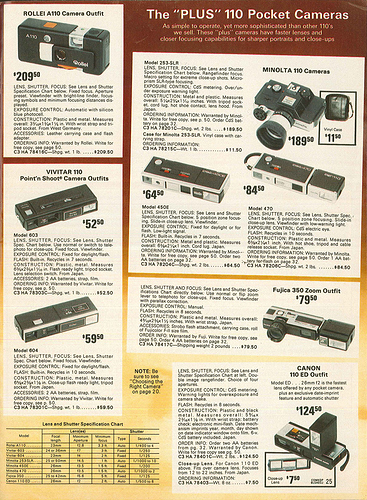 Whatever else you might say about the increased latitude for photomanipulation that RAW images provide, one can easily convert a worked RAW photo to JPG before filing it.

Not to mention the fact that digital cameras have functionality to manipulate the image built right in, that saves it into the .JPG. The 5D Mark III has an HDR mode, and “Picture Styles”, etc…

Do you have a cite for this? Seems like a major advantage of the SLR is the ability to use telephoto lenses-- and most SLRs were designed for 135 format. Yes, there were 110 SLRs, but they’re rare.

OtherMichael was being facetious. Forcing photographers to use in-camera JPEG vs RAW is the same as asking film photographers to only use a certain type of film. It just doesn’t make any sense. 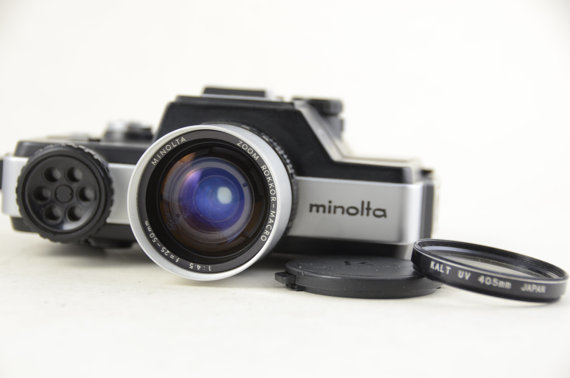 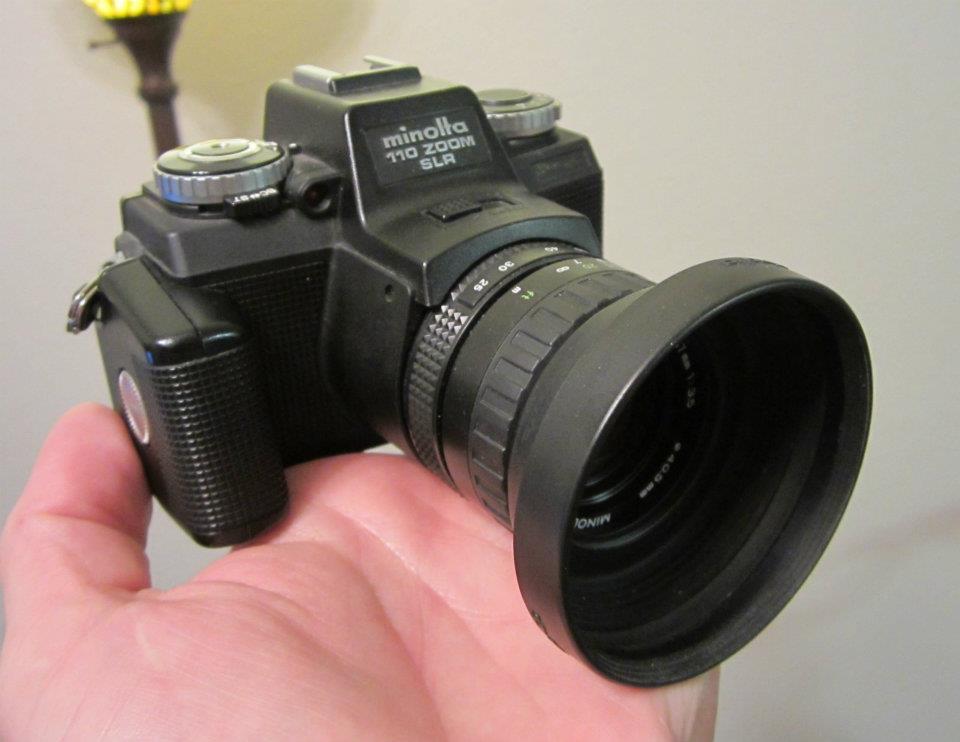 I don’t know that there’s really a story here, except that someone somewhere got confused?

It is probably true to some extent that if someone never had the RAW image, it would be harder to conceal any manipulation, because if you manipulate a JPEG it will generally leave an invisible forensic trace, e.g. because it will be possible to detect artefacts from the original compression that aren’t where they should be.

But yeah, this policy seems to assume that if you send a JPEG, it must have come from the camera in that form. Or perhaps they think the JPEG metadata can’t be falsified?

I joined Agence France Presse in 1986 as a staff photographer based in Washington, D.C. We were issued travel kits consisting of five large hard plastic cases containing darkroom and transmitting equipment.

The first case contained 35 mm color film developing equipment. This consisted of steel tanks for developing up to 16 rolls of film at a time and heaters to keep chemicals at a constant 100-degree water bath. Most important were the bottles of caustic C-41 chemistry used to develop the film.

A second heavy case contained a large film dryer necessary to avoid dust and other imperfections in the film emulsion during the drying process.

Case three contained equipment to print photos for transmission, including an enlarger with a color head for making prints.

A fourth case contained a manual typewriter and adhesive-backed paper to affix captions to the transmission prints, and a fifth case housed an analog photo transmitter for sending the photos.

None of this inventory included the cameras or long lenses needed to do the most basic part of the job, making the images to be sent around the world.

In other words, it was faster to scan and send electronically a print that the photographer developed himself than it was to mail a bulky film cartridge.

But yeah, this policy seems to assume that if you send a JPEG, it must have come from the camera in that form. Or perhaps they think the JPEG metadata can’t be falsified?

I wonder how easy it is to identify the JPEG encoder used from an image. And I wonder if anyone makes software emulations of the encoders used in popular cameras.

I wonder how easy it is to identify the JPEG encoder used from an image. And I wonder if anyone makes software emulations of the encoders used in popular cameras.

There’s a fairly detailed book about the topic.
https://books.google.cz/books?id=PzP9ViF8oAIC&printsec=frontcover&dq=digital+image+forensics&hl=en&sa=X&ved=0CBsQ6AEwAGoVChMI9Z_Z8p2dyQIVSL5yCh12IAYC#v=onepage&q&f=false

Sadly, the “Detecting doctored images” chapter is not in the preview.

There, I fixed it for you.

Even with, and perhaps especially with, RAW images you still have tons of lens and sensor artefacts that can tell you about tampering. The chromatic aberration, which is dependent on the position of the pixels with relation to the optical axis of the lens, the vignetting which is slight gradient of brightness again dependent on the distance from the optical axis… these two are an invariant gradient that goes the same way (for the same lens and the same zoom setting, at least) across all the images. Move part of the image, or paste in an object from another image, and these global gradients get disturbed. Then there’s the spherical aberration, which deforms the image in dependence on distance and orientation from the axis of the lens.

The sensors have pixels and every one is a little different. The photo response nonuniformity (PRNU) can be used for fingerprinting the camera, and for detecting image tampering; if enough of the pixel aberrations match but there is a discrete area where they don’t, you have grounds for suspicion. CCDs are prone to purple fringing.

A semi-constant fingerprint that can be used even for relative dating of photos at DSLRs is sensor dust. The particles create a random pattern, and the gradual accumulation of more particles can be used for ordering photos by age.

Motion blur is another artefact that has to be globally consistent. If a part of the image is blurred in a way that does not fit, it is a clue.

The raw-to-rgb processing introduces periodic artefacts due to the periodicity of the color mask. The JPEG preprocessing and compression is a source of other periodicities, which can be leveraged for detection of tampering when they are locally disturbed.

I’d say that RAW would be better for such forensics authentication, especially from less-than-top-end lenses and sensors; the JPEG compression may eat quite some of the artefacts. I can be wrong here, it’s just a rough guess.

The sensors have pixels and every one is a little different 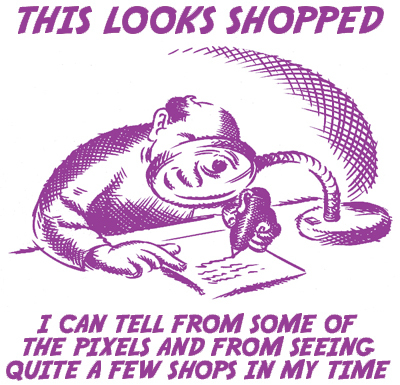