That’s not really saying very much though, is it?

Is that what they mean by “damn with faint praise”?

Life is too short to waste any of it watching any more of this guy’s films.

Didn’t think too much of Unbreakable, and Signs put the nails in the coffin.

What, you found the idea of a movie about aliens vulnerable to water(but not atmospheric moisture, or the blood of anyone they used their claws on) invading a planet that is visibly blue from orbit just to ensure that some guy’s faith could be restored by the joyful recognition that his son’s respiratory disease, his daughter’s ritualized behavioral abnormalities, and his brother’s dead-end career skills happen to be the perfect combination for dealing with said aliens to be hideously contrived?

You must have a shrivelled soul and be utterly immune to joy or something.

I haven’t seen the movie, so i can’t speak to the quality of the movie specifically. But honestly i think Shyamalan is a really good storyteller, has great ideas/concepts, knows how to craft a scene and i rather like his use of imagery and symbolism. That being said his stories do get bogged down by several factors, could be his ego or other things about his process.

People love to hate him, myself included. But i think its too easy to do that, and we should try to give him credit for always trying to make films with original ideas and taking risks. Yeah a lot of his movies are preachy and self-aggrandizing, but i at least respect him for doing his own thing.

TL:DR. Don’t think i’ll see the movie, but come on. Give the man a break, he’s not an incompetent filmmaker.

I rather disliked The Village. So yeah, that’s not saying much. Only thing i can say is that The Village is shot really well.

Give the man a break, he’s not an incompetent filmmaker.

Honestly, that’s what really seals the deal in terms of the hate-on: people who are just plain bad, even the not-even-funny-bad type of bad, are relatively inoffensive. You recognize them, ignore them, move on.

People who clearly have some talent; but stubbornly insist on pulling defeat out of the jaws of victory every time by mixing in enough pockets of suck to ruin the whole are a tragic waste.

I wonder if he’s heard that he’s still defending The Last Airbender. And planning a sequel.

‘Avatar: The Last Airbender 2’ director M. Night Shyamalan defends his first film from long-standing criticism. He is rumored ready to push through with a sequel.

Mom’s a little worried about sending the kids off alone – she’s been estranged from her parents since she left home – but she thinks the teens will enjoy it. And they do, for a while.

That film made me so fucking angry.

It’s not so unexpected, if you’ve seen the trailers. Spoiler alert, her parents seem to be possessed, or something? And I mean sure, let’s ignore the fact that the mom has been estranged from her parents since she left home but decides to send her kids off to visit them on their own, instead of visiting with them, because reasons? I’m sure this is masterfully explained in the film.

I rather disliked The Village. So yeah, that’s not saying much. Only thing i can say is that The Village is shot really well.

After Signs, I stopped bothering to go see his movies in theatres. I made the mistake of watching Lady in the Water at home one lazy Saturday afternoon when I had nothing else to do… Yikes.

ou must have a shrivelled soul and be utterly immune to joy or something.

It’s up there with the ending to Doug Coupland’s Girlfriend in a Coma for making me want to punch someone.

No, that movie was really bad. Made me mad at the time we watched it on DVD because I figured it out in the first 20 minutes - re. the reality of the village itself.
Sixth Sense was great, of course, but I also thought Signs and Unbreakable were solid.
I’ll watch this at home when the time comes.

No, that movie was really bad. Made me mad at the time we watched it on DVD because I figured it out in the first 20 minutes - re. the reality of the village itself.

It made me mad because the premise didn’t even make sense: The Villagers wanted to raise their children away from the evils of modern society in an early 19th-century-style setting—fine. But that doesn’t require actually raising the children to believe they were living in the early 19th Century. Amish people don’t use electricity or automobiles but as far as I know they don’t mislead their children about what year it is.

Of course, the movie was Oscar Gold compared to The Lady in the Water (which went out of its way to preemptively diss the movie reviewers that MNS accurately predicted would hate it).

or is it perhaps praising with faint damns?

I see you faded out your possble spoiler for those that haven’t seen it.
For anyone considering watching it, fucking don’t!

Also, that part pissed me off as well, but I was already pissed off about so easily being able to figure it out.
Does that qualify for #firstworldproblem ?

It’s so much easier to place faith in a couple of guys who make time-loops in their garage.

Yeah, “The Village” is kind of where the hype of Shyamalan being the next Spielberg ended. Although some people think things were already going downhill in “Signs”.

has anyone here noticed the article on vox touting the greatness of “the village?” 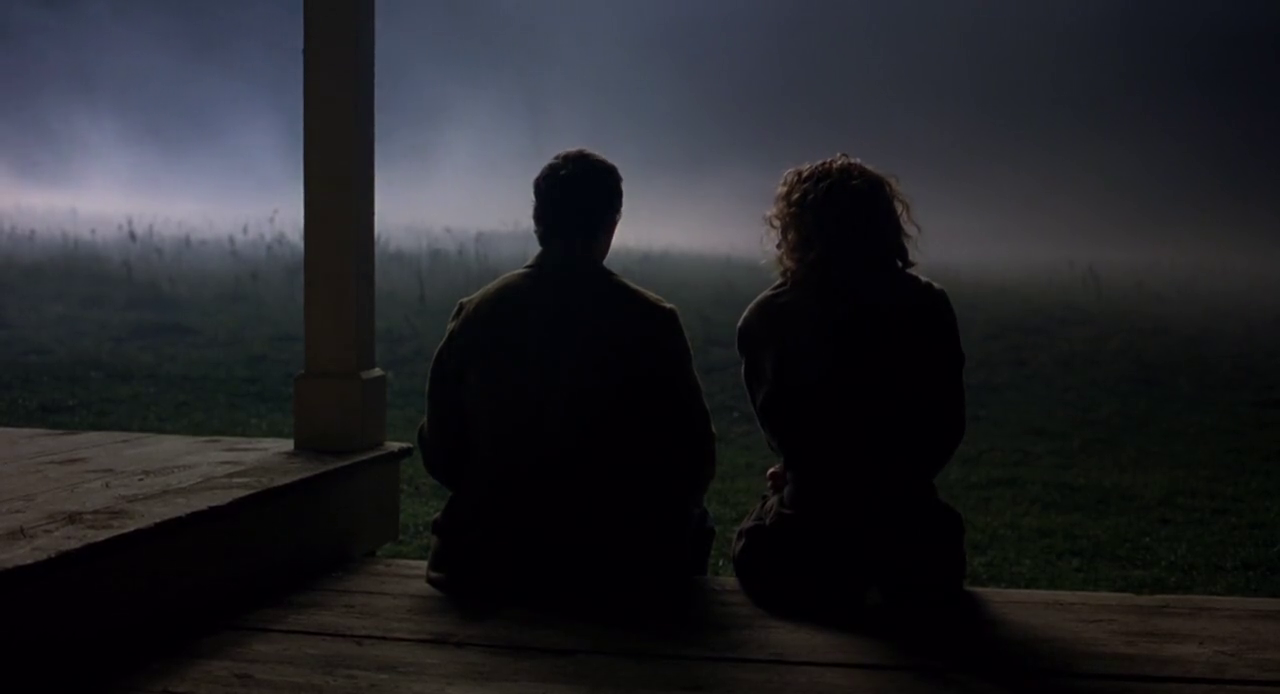 M. Night Shyamalan’s The Village is an underrated masterpiece

This is a surprisingly rich movie about the Iraq War. Seriously.