Originally published at: Revisiting the "Satanic panic" of the 1980s in Stranger Things season 4 | Boing Boing

its transgressive nature would attack players

Well, that Asmodeus was a real handsome Devil. Just sayin’ 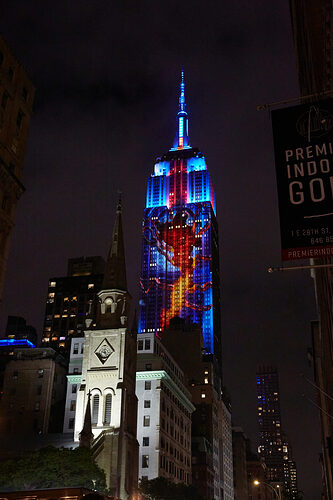 Mrs Peas and I got a rare night out last night so the Peas Twins watched episode 1. Their assessment; “Well, D&D is back, which is cool.”

I had SO MANY flashbacks seeing that first episode. The metalhead hair, the satanic panic, the way schools felt in the 80s, that weird intersection between hippies from the 70s and potheads from the 90s, being a girl that likes nerdy stuff and having to excel at knowing your stuff to shut up boys and prove that you know your lore, writing letters to people you love… It only lacked taking a bag of change to the pay phone to chat away with your friends that live on another city. Having a home telephone was a luxury for rich kids.

On the subject I remember vividly when religious bigots started distributing xeroxed panflets on the corner of my school to raise “awareness” that “heavy metal is from the devil!!!1” with Black Sabbath on the front and a list of “satanic symbols” on the verse.

It backfired spectacularly as teenagers LOVED the idea of discovering things that pissed off adults.

Although there was an error. One of the characters referred to their high level D&D character as a “rogue.” Of course in first edition the character class was still called a “Thief.”

This is the pedantry I am here for.

I wish Stranger Things wasn’t horror, because I love, love, love the way they are doing the 80s setting. Compare it to things like Red Oaks which is a more typical 80s treatment. A friend described it as “Red Oaks is like the movies we watched back then. Stranger Things is how life was back then (minus the horror of course)”. That’s exactly right. I can’t stomach horror even a little though, so no Stranger Things for me. It’s like a puppy on the other side of a window.

I wish Stranger Things wasn’t horror, because I love, love, love the way they are doing the 80s setting.

Yep. It seems to me like ST is doing 1986 with a bit more emotional veracity than it did 1983. I’ve had a visceral reaction to this season that I didn’t have with earlier ones (despite its - so far at least - weirdly disjointed narrative).

Yah I’m with you there. My school experience was entirely horrible for bullying, but I still have major nostalgia for everything except those parts.

While junior high was pretty awful, actually by high school pretty much everybody had settled into their cliques to the extant that they were going to*, so bullying and intimidation were GREATLY reduced. But my fear of it lingered and held me back from things that I might have done.

*Those lines were never quite so set into concrete as they are in popular media, partly because stereotypes make telling a story quicker and easier. I think that most people had at least passing friends that were in other groups. To some extant, subverting the idea of super strict cliques is one of the things that I like about Stranger Things.

Class of '85 here, for the longest time I hated my high school years. Never, ever wanted a yearbook, don’t care to associate with those who I knew in my class. Had my nose broken by a bully in 7th grade. Moved when I entered the 9th grade, and again in the 11th, so I was automatically the outsider of all established cliques. Hated small town life, which may be why I love living in a European metropolis.

Yes, I considered Freaks and Geeks horror as well.

The linked article gets lots of credit for mentioning Isaac Bonewits! He was such a trip, though I hesitate to call Authentic Thaumaturgy much more than a quick filing off the serial numbers of his thesis.

I had SO MANY flashbacks seeing that first episode.

Same here; I grew up in the Midwest during the 80’s. I remember the church I attended back then mildly feeding into that BS, worrying about ‘backward masking’ and such nonsense…

For some ‘nerds’ and their fandoms, it never left.

For some ‘nerds’ and their fandoms, it never left.

They meant in Stranger Things, specifically, but yeah thank dog the nerds kept the culture alive. I’m #blessed to be able to give my kids access to all the cool shit I couldn’t do as the child of evangelicals and it makes me sad for little me every day. At least comics were under their radar.