Boy, that California sure does take a bite out’a your ass. Too bad, so sad…

Many comments pages are blowing up at this story with comments like “people were never supposed to make a living doing this, it was supposed to be a side-gig” … nearly every driver I hire does this exclusively… it’s one of the few jobs you can get without filling out an i-9. Many undocumented peoples’ of the US will be suffering with the move to employment. Perhaps a wise course of action is to regulate the markup, the spread from the driver to the company. Maximize company earnings at $1.00 per ride or some shit like that. A company that earns 17 million USD a day (avg # of daily trips last year) is still a company that can support a moderate support workforce and app hosting and offer a MUCH better median earning for the average driver, with an avenue for “making a living” doing this full-time. If you give 20, $25 rides, you should earn $500 - $20 = $480 in 1099 wages. If you regulate your own profits, you’re a much more ethical company with a chance at real longevity. As it stands, I don’t see these companies existing in their present model 5 years from now… quite unsustainable. The core technology is sound, no need for all the profit maximizing b.s…

Many comments pages are blowing up at this story with comments like “people were never supposed to make a living doing this, it was supposed to be a side-gig”

your business model is broken and deserves to fail

I use Lyft as a necessary evil, and they recently sent me a slimy-ass, intentionally misleading email about about the bill asking me not to support it.

Boy, that California sure does take a bite out’a your ass.

They were playing the long game, and it looks like they’re gonna win. 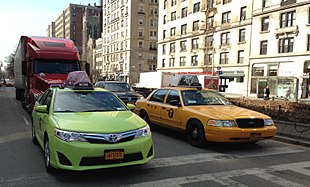 This victory is great, but the real test will be that once these Gig economy companies finally close, their workers all fired, and customers deprived of their services.

Will the electorate have become so used to having cheap taxis, food delivery, and one-day Amazon delivery, that they demand legislation that allows exploitation of the workers just so they can get their modern conveniences?

And “modern conveniences” is perhaps unfair. As an adult, I have to acknowledge that these services have provided meaningful quality of life improvements for some sectors of the population (concentrated on the mobility impaired). However, their suffering and the unemployment of the gig workers is a price that I am willing to see paid to prevent what I see as a much larger issue of worker exploitation.

Yeah… Uber really just needs some programmers, a bunch of servers, customer service, and HR AFAICT. That they aren’t able to be profitable is, I assume, a choice, because they’ve been funneling money into things like autonomous cars where they really shouldn’t be.

At this point they may not have a choice - if they don’t do that they’ll be admitting the will never justify the valuation investors gave them, so they try to keep the lie going.

You do realize that one of the most exploited groups of workers in America are the undocumented population? This is just another case of that.

Sure, we all got to make a living, but exploiting people shouldn’t be on the agenda for any company that employs people. We need an absolutely baseline for human existence, and any company that doesn’t adhere to that should be hit with massive fines that gets them to change their behavior.

yes mindy but is forcing them out of job the answer? employment = proving you have the right to be employed = filling out i9 paperwork. there are only so many restaurants and chicken farms willing to pay cash for undocumented labor. until there’s a better way to achieve work, ridesharing is one of the best options for earning cash to pay rent and send some home. exploited or not, with a lack of options these people who everyone in US depends on whether they realize it or not, will leave. i for one have a sincere lack of faith in the assholes who make the rules. Yes, fuck uber, fuck lyft, they have done wrong and should probably go to jail. This new bill might have unintended consequences is all I’m saying.

Why is exploitation okay in the first place? Ever. Full stop.

This new bill might have unintended consequences is all I’m saying.

Our job as adults is not to pretend that our choices won’t destroy lives, or, God help us, try and contort ourselves into believing the lives destroyed somehow deserve it. Our job is to look at both the gains and the costs, weigh them, and then chose, fully acknowledging those hurt by our choices.

But the tens or hundreds or even thousands who will be harmed pale in comparison to the millions, tens of millions or even hundreds of millions whose lives are gradually transformed by the social acceptance of a permanent underclass formed of the Gig economy workers.

But yes, lambaste, I won’t pretend there are no innocent victims. There are always victims in any policy choice worthy of the name.

the real test will be that once these Gig economy companies finally close, their workers all fired, and customers deprived of their services.

but is forcing them out of job the answer?

According to Uber and Lyft these drivers don’t have “jobs” with the companies at all.

Indeed, but I’ve certainly read claims by mobility impaired individuals that their lives have been dramatically improved by ride-hailing apps, ubiquitous food delivery, and various other services provided by gig workers. I see no reason to dispute their claims.

As I said, I’m not going to try to minimize their loss or suffering.

OR, and hear me out now… cause this is a radical concept, we could actively create a social and economic system that is predicated on protecting the most vulnerable among us from exploitation, rather than assume it’s going to happen, so fuck the poor… Just a thought. I mean, I know that people who already are privileged natural deserve more than the rest of us who didn’t have the forethought to be born with the right gender, skin color, sexual orientation, class-status, or national citizenship, but maybe we should stop having a society that does everything it can to protect those who had the forethought to pick the right things from that list…

Indeed they do; whenever it’s more convenient, I take taxis instead of Lyft

we could actively create a social and economic system that is predicated on protecting the most vulnerable among us from exploitation, rather than assume it’s going to happen, so fuck the poor… Just a thought.

When some people can glibly make statements like: “I’m not going to try to minimize [someone else’s] loss or suffering” without batting an eye, or giving it a second thought, its a pretty good bet they have no actual interest building a better world… or even maintaining the one we have to keep it from getting worse.

Doubly so if they are already the primary beneficiaries.

Once the Uber Ponzi scheme collapses, we’ll likely be back to them. I just hope that there will be regulations put in place to prevent the return of the medallion monopolies and that the taxi industry finally adopts proper dispatching and payment apps.

It will be part of the larger trend of having to pay full-freight again on goods and services that we’ve gotten used to paying discounted prices for (on the backs of cheap-labour employment practises and, in Uber’s case, shareholder subsidies). It’ll suck for a while, but we’ll get used to it.

As I said, I’m not going to try to minimize their loss or suffering.