Probably like Musk’s face when he saw the real results of his poll to let Trump back on, just before he decided to “toss out the bot votes”.

“What do you mean that people are against voting themselves a giant pay cut?”

Well, they weren’t when it mattered, so his confusion is understandable

What a shame that Angela Rippon has been reduced to the state of working for GB News. Hopefully she is getting well paid for this ignominy. Those some quick reactions displayed by the control crew and Angela.

So, self-selecting bunch of GBNews’ viewers, showed a loss of support in Brexit. I wonder what the national split would be?

Statista has the anti Brexit to Brexit supporters as 56 to 32 perecent, as of Nov 2022. 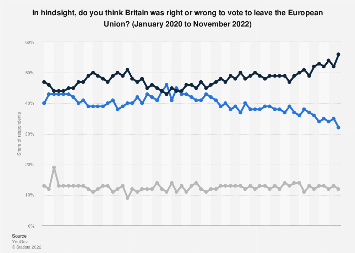 As of November 2022, 56 percent of people in Great Britain thought that it was wrong to leave the European Union, compared with 32 percent who thought it was the right decision.

It’s a long fall from dancing on Morecambe and Wise, although I’m not sure of their political views so maybe not.

I find it amazing that 32% are still convinced it was a good idea. They can’t all be Tory Bankers.

“To better understand your views, do you identify most as a Tory Banker, a racist, an anti-immigrant yobbo who’s in denial about your racism, or just a complete fucking idiot?”

“All of the above”

The rest are wannabe Tory Bankers? 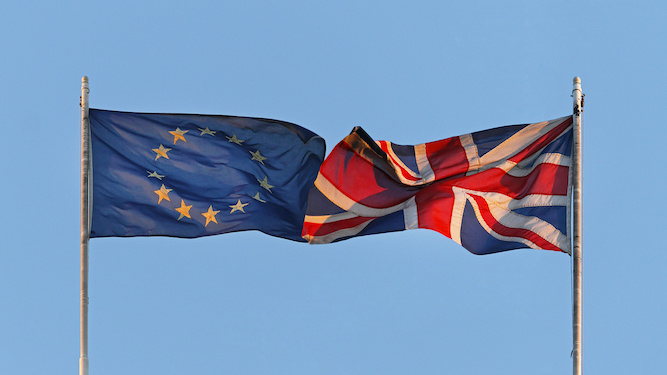 HAVING failed to enjoy the promiscuity it hoped after breaking up with the EU, Britain has suggested a friends-with-benefits relationship.

They might be broadcasting this, but hardly anyone is watching: 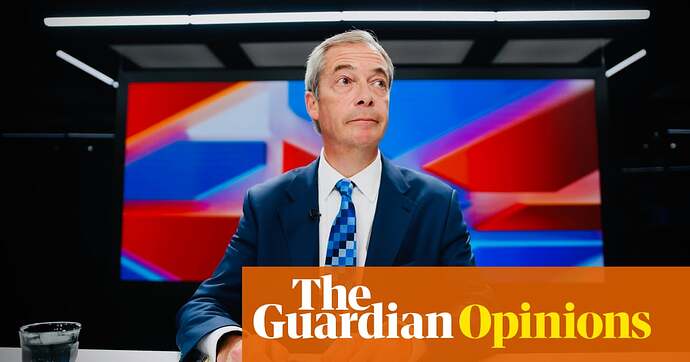 The floundering of GB News and Talk TV reveals a dark truth about the...

The only reason fringe channels are failing to flourish in Britain’s rightwing media swamp is because it is already full, says Guardian columnist Nesrine Malik

“Man surprised to find most people polled DON’T want a second kick to the nuts.”

On either side of the pond conservatism has been about denial for a long time.

What a shame that Angela Rippon has been reduced to the state of working for GB News.

I’m not going to give her a pass on “reduced to the state of” - surely she has a sizeable pension after all her years at the Beeb. (And I just Googled - her net wealth is estimated to be in the millions - so no, no pass at all.)

Here in the UK the BBC’s channel for very young kids is called CBeebies (a play on the name of the channel for older kids, CBBC). This of course means that GB News has been christened GBeebies. I personally think that’s doing the viewership of CBeebies a disservice.

I find it amazing that 32% are still convinced it was a good idea. They can’t all be Tory Bankers.

There is still a lot of people that believe that the EU is the bad guys for holding back the UK from their glorious future. There would be a significant overlap with people who believe it is not the Government’s fault but the UK opposition is also stopping this.

There are also a lot of people who believe that the Brexit project just needs more time before it shows the benefits, even Jacob Rees-Mogg at one point said it might take 50 years.

The tide is slowly turning but since the UK will never get the same conditions with the EU that they had before, I don’t think we will see the UK being part of the EU again for at least a generation.