He was a great opposer of things. He seemed to be better outside of the tent looking in, than being inside the tent. This meant sometimes he was a wrecker. He led the opposition to pirate radio stations in the 1960s, so Britons could only listen to pop music on the BBC. He was a big supporter of nuclear power. He was anti EU. He tore the Labour party asunder in the 1980s, which helped Margaret Thatcher win election after election.

I am genuinely saddened by this news. He was a politician with real convictions and a lovely man. RIP Tony.

The tributes are rolling in from the Parasites at Wasteminster. It is difficult to know which is worse, honeyed words from the lips of Milliband or the sphincter of Cameron.

If there was a politician of his like leading one of the parties today, I think they’d win a landslide. One of the few politicians I actually trusted.

One good thing… When he came into office he said he was urged to cancel the Concorde (supersonic plane) project. It was late and overbudget. He reasoned that military projects are ALWAYS late and overbudget and that civilians deserved something cool for once…

I met him a couple of times #namedrop and he was one of those people who turned out to be exactly as you’d expect: charming, considerate, cheerfully radical, optimistic, and unfailingly polite to people he profoundly disagreed with. I genuinely can’t think of another politician I’ve met or heard of in the last forty years who was so unfailingly positive and personally so nice.

The BBC played a clip this morning of a speech he made back in 1994, where he was trying to persuade the Labour party not to move to the centre ground, because doing so had never brought them electoral advantage and wouldn’t in the future.
I thought that was rather cruel, but then I thought it is probably quite hard to find an old clip of him saying something that stands the test of time.
That said, I still think it is better to have politicians that you can disagree with but who believe what they say. Why did that go out of fashion?

I think that politicians realised they didn’t have to believe in anything so long as they could lie convincingly. This opened the flood gates to the current crop glib psychopaths who feather their own nests at the expenses of 99% of the population.

Moving slightly away from Tony Benn, I really don’t buy this notion that it’s better for a politian to have strong beliefs. I would much rather a politician change their minds in the face of a changing world, or new evidence, than one that unflinchingly maintains the same position.

Don’t get me wrong, changing one’s mind for the wrong reasons is just as bad and is sadly far too common. But the populous and the press should applaud a politician that makes a sensible U-turn, not reprove them.

Yes, I sort of know what you mean. I’m certainly not suggesting a politician should be a fundamentalist and never change their mind. I respect those who do when the evidence stacks up against them. However, if someone starts off with no strong views on anything, then the question naturally arises, “why are they a politician?”

How else was David Mellor going to pull?

Tony Benn changed his mind on many things. But he didn’t change his principles, his belief that everyone was owed a decent life, not just a lucky few. Where he did change his mind, it was on how to achieve those beliefs.

Unfortunately the current crop are very malleable - they adapt to the values of whoever last paid them.

So you’re saying he wasn’t quite perfect? Right, got it. :-/

From the same speech where Tony Benn admits to putting up plaques.

The House will forgive me for quoting myself, but in the course of my life I have developed five little democratic questions. If one meets a powerful person—Adolf Hitler, Joe Stalin or Bill Gates—ask them five questions:

What power have you got?
Where did you get it from?
In whose interests do you exercise it?
To whom are you accountable?
And how can we get rid of you?

If you cannot get rid of the people who govern you, you do not live in a democratic system.

He might have been a statist, but he was one of the good guys.

And here’s the man himself with his post-mortem message:

Another giant gone. He’s up there in my pantheon with Zinn, Said, Bourdieu, and Chomsky.

From an interview with Amy Goodman:

We took the view that a government had a responsibility to focus on the needs of a nation in peacetime in the way in which it does in wartime. And if that principle is followed, then all the ideological language can be set aside. You’ve got to judge a country by whether its needs are met, and not just by whether some people make a profit. I’ve never met Mr. Dow Jones, and I’m sure he works very, very hard with his averages—we get them every hour—but I don’t think the happiness of a nation is decided by the share values in Wall Street. 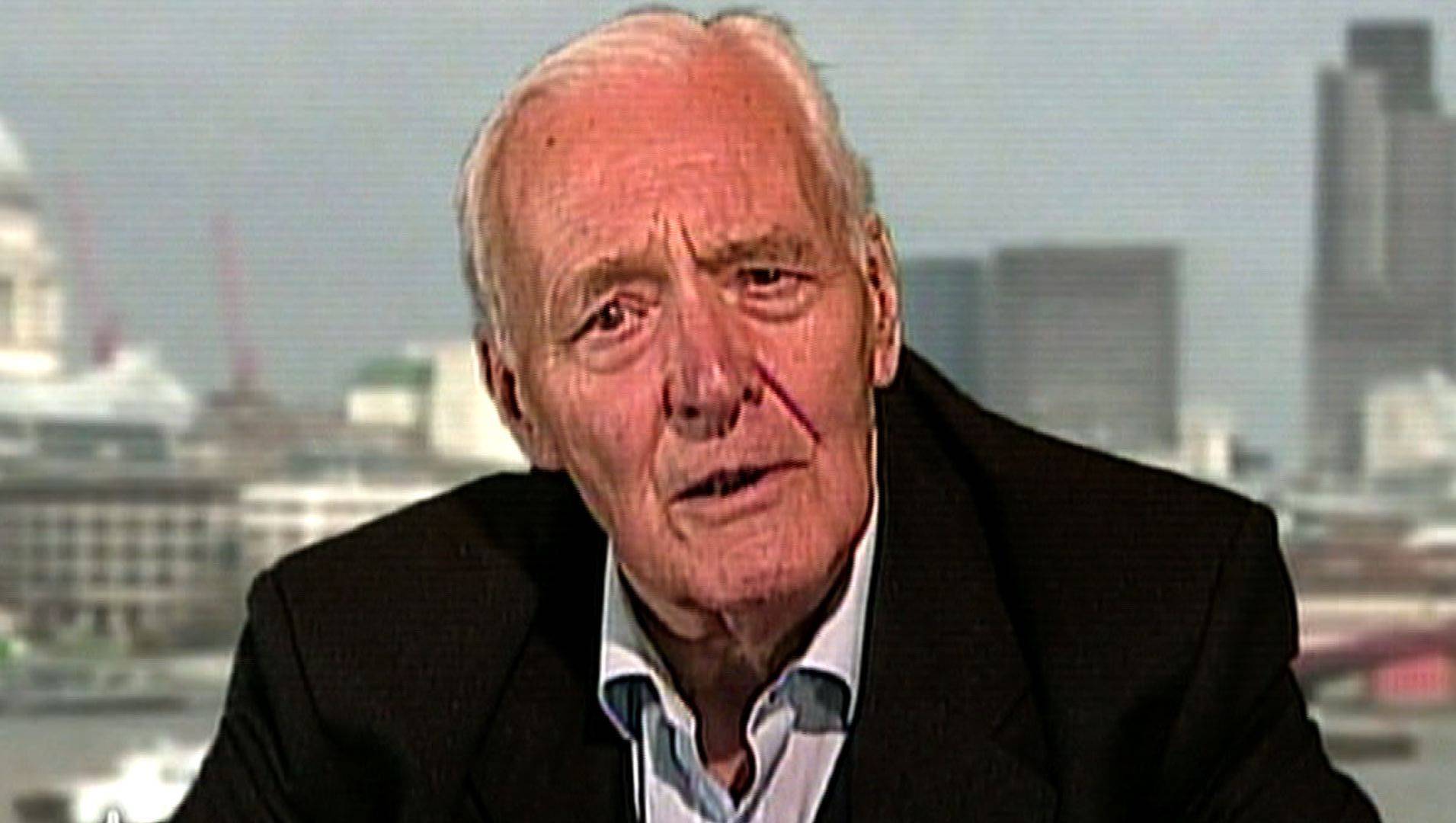 Tony Benn, the former British Cabinet minister, longtime Parliament member and antiwar activist, has died at the age of 88. He was the longest-serving member of Parliament in the history of Britain’s Labour Party, serving more than half a century. He...

Yes, this is a sad loss. The world has lost a principled and passionate campaigner for democracy.

What will always stand out to me would be the sheer power of his oratorical skills. I only heard him speak once, at a meeting where the main speakers were all skilled public speakers. He didn’t have a main slot, just five minutes on a panel- no notes, no prepared speech. In those five minutes, he proceeded to outshine everybody else and rouse the audience to thunderous applause.

In an era where politicians get ahead by their willingness to do as they’re told, to toe the party line, and to remain as grey, insipid and malleable as possible in order to avoid causing offence or taking a position that cannot be wriggled out of, he stood apart.