At the same time, it’s funny. You can see the desperation.

Maybe some think they have to send outlandish messages in order to get noticed at all.

It’s vaguely amusing to read some of these sites for a while until one realizes that no one seems to be making a website celebrating wholesome and acceptable messages.

The “norm” is not celebrated - it is considered baseline.

Whether or not it is baseline is up for debate.

I’m assuming that we have approximately -10 minutes until the mere act of reproducing these messages in an unfriendly forum, rather than leaving them as a matter between the poster and his largely powerless target, will be decried as the latest atrocity in the brutal campaign against men, fedoras, and masculinity itself, however nebulously defined?

This is not the least big surprising, except for one thing - did these men go on a dating site… because they wish to date? Because I figured out around 4th grade that “dick in mouth” does not actually attract women. Not even 4th graders.

The fuck is wrong with these people? Under what circumstances is this kind of thing considered appropriate?

Despite being in a long-term stable relationship with a wonderful woman, I can’t help but wonder, if one were in the position of trying to attract a woman on an online dating site, how one might set oneself apart from the crowd spamming messages to dozens of profiles. I can imagine being quickly lost in the crowd. It’s probably that question that drives the jerks to play the numbers game, or to be as outlandish as possible.

Probably best to just avoid the whole mess and ask around my meagre circle of friends, or maybe take classes at the community college or something.

The author’s tips on adding key phrases to profiles is amusing, though I worry that picking “feminist” might lead her open to the most rabidly misogynistic, while pushing away the casually misogynistic.

I don’t think it’s an attack on men, but I don’t think appealing to mob justice is a good solution either. It’d be trivial (on the order of minutes) for me to fake a conversation and post it. (some of) These conversations have identifying information that can be used to track down these people and impact their lives. Turning a potentially innocent person over to mob “justice” seems like a big problem to me. If they said something that breaks the law on this dating website, it should absolutely be pursued by the legal framework, not pitchforks based on hearsay. As for “his largely powerless target” I guess I fail to see how either party has a power advantage here, both seem to have the exact same power to insult/degrade or not, maybe you can clarify that position a bit more for me.

EDIT: note, I’m not implying any of these responses are fake, moreover I think people who behave as these men allegedly did is terrible. I just think the public aspect of posting this sits poorly with me given the kinds of horrible behavior I’ve seen in the past against people who were later proven to be innocent. If possible I’d prefer to see an >in tinder< moderation system where toxic behavior was identified and dealt with, because tinder should be able to prove with their chat logs what was or was not said.

It’s probably that question that drives the jerks to play the numbers game, or to be as outlandish as possible.

What’s wrong with a thoughtful gift? 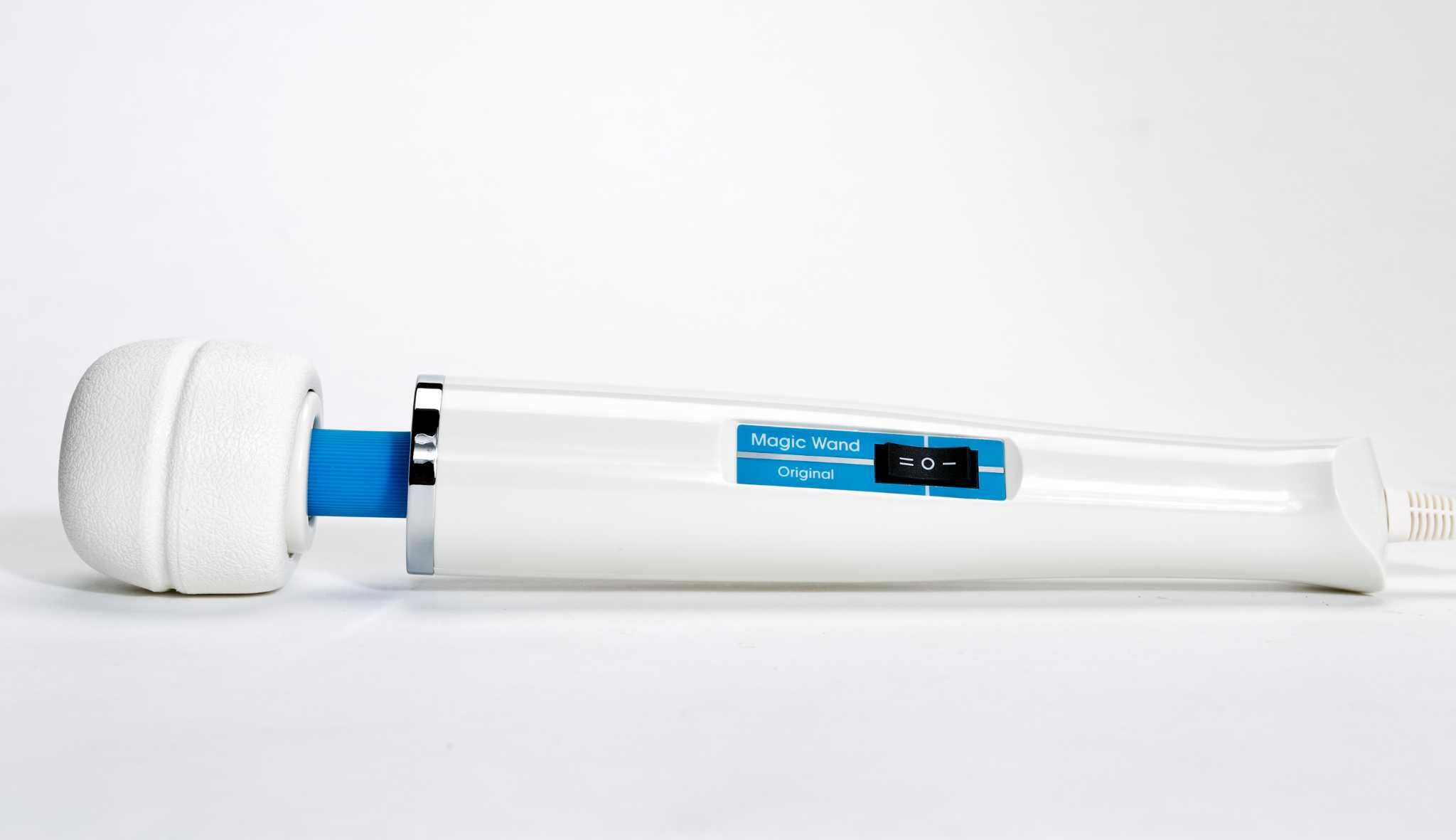 Tech startups often ply journalists with swag, a never-ending bounty of logo T-shirts and mouse pads, gizmos and gadgets. [...] it didn’t seem like his choice of swag had anything to do with his company, Need, a question-and-answer app where users...

I am curious - were these men born assholes? Or were they a by product of the horrible system of online dating sites?

I ask because I know the extreme frustration of trying to get ANY response on a dating site. After you 50th time of actually spending 20 minutes or more crafting a well thought out message, one that has several conversation starting questions, several references to similar interests listed in her profile (being one who, you know, actually took the time to read the whole thing), to someone that is about your same age and “league” - and you get no response gets disheartening after awhile. I am not egotistic enough to think I am god’s gift, and I wouldn’t expect response from a “hey, sup?”, but if someone took the time to obviously write out something to me, I think they deserve at least the courtesy of “Thanks, but no thanks.” Maybe even a, “I am just not into guys with beards.” or whatever.

THEN to add insult to injury you see screen caps of people making fake account using models for images, and saying horrible things to women and getting a response. WTF? Or you hear about the one guy who just blatantly asks around at a club, “Do you want to fuck?” and they get that one out of 200 that says, “sure”.

On the flip side, I am sure it sucks for women. As Louis CK has in a bit, “Men worry she is fatter than her profile pic, women worry they might be killed.” I reasoned they must get so many messages, mine must not even stand out. I imagine it’s like looking at cart of apples and deciding to pick one, doesn’t mean there is anything wrong with the other apples.

I am sure they get many messages, some of them awkward, some of the down right rude. Though I still question have they become like that from frustration, or were they always like that and the internet just brings out the troll in them?

To be clear, I am NOT excusing their behavior. It is completely inappropriate and childish. It’s a dick move from high school. I remember my sister rejected some guy and he went around saying she was a lesbian o_0. Stay classy, bro.

Or you hear about the one guy who just blatantly asks around at a club, “Do you want to fuck?” and they get that one out of 200 that says, “sure”.

I was reading about this charmer at the weekend. Old article, though.

Jeff "Jeffy" Allen is a big league pick-up artist instructor who has published multiple books and DVDs on the craft of treating women like shiny gold coins in a video game. He's also the owner of San Francisco's well-known...

Some extra data for the discussion, to facilitate better understanding of the phenomenon, and perhaps get the track from judgmental wondering to attempts to understand and perhaps reform the existing social system.

How similar are the experiences of social rejection and physical pain? Extant research suggests that a network of brain regions that support the affective but not the sensory components of physical pain underlie both experiences. Here we demonstrate...

And a little less dense version of the same topic than an academic paper is. 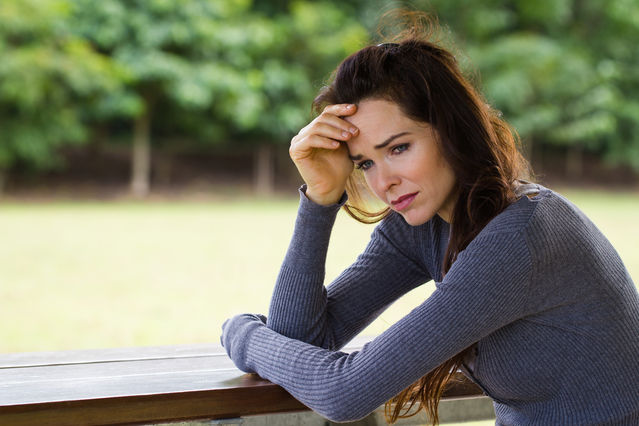 In short, consider you may be dealing with wounded animals in pain.

The dating world, online or offline, and the social world in general, can be VERY harsh.

I have some sympathy in this context for guys named Felipe who haven’t otherwise done anything wrong.

The motives may vary. That is, there are probably some men who are deluded enough to think this approach works, but others are just trolls. For men who want to act out their inappropriate feelings about women a dating site must be pretty inviting.

That is, there are probably some men who are deluded enough to think this approach works,…

…or, found that the other, more sophisticated ways just plain don’t work, and are trying low-effort crap just for the illusion of chance without investing (and losing) much.

Pretty sure the gender disparity in online dating doesn’t magically turn guys into assholes. I get that rejection sucks. However, lashing out at people isn’t cool in any context. These dudes can get away with it online because it’s easier to avoid the consequences, but that kind of reaction is unhealthy to begin with.

You have men working under multiple expectations, it seems to me: the completely un-self-aware misogynists who unintentionally turn women off and then immediately turn to the attack when they’re rejected (and who are probably wondering why women are such “bitches” to “nice guys” like themselves), and those who just get off on being horrible from the start, some perhaps with the hope that they might find someone self-loathing enough to actually respond to them.

…not pitchforks based on hearsay…

Maybe I missed the part of that site where it doxxes the men, or calls on readers to attack, verbally or otherwise, the idiots being posted there. What pitchforks are you speaking of?

Also, note that you start your comment with explaining how easy it is to fake the comments shown, then come back to edit in order to de-imply that the comments are faked, and then finish with asking tinder to be able to ‘prove’ what was communicated.

Finally, as you note that “both [parties] seem to have the exact same power to insult/degrade,” isn’t it interesting that the female responses mostly tend to be “leave me alone”?

“What pitchforks are you speaking of?”

The most recent example was the unfortunate incidents around gamer’s gate. From what I understand, the Zoe Quinn allegations turned out to be false. Nor, in the original drag her name through the mud, was her home address/phone number given out. However, as mob “justice” had it, she was doxxed, her life was made horrible, and it was later demonstrated based on false allegations. This is why I don’t trust mob action in any context, you just need a couple of crazies and then real lives are destroyed.

“Finally … isn’t it interesting that the female responses mostly tend to be “leave me alone”?”

I don’t think we have enough data to say that’s true or not. We’d have to collect all data in tinder and analyze it. Regardless, I feel like your replies are focusing on gender, although maybe I’m hearing you incorrectly. Rather than create divisions, I’d like to try to focus on solutions. If people are creeps (and I’m sure some are) can’t we petition/ask/threaten cancellation to tinder? If that’s not good enough, why not? Are the risks of public shaming to a person’s personal/social/financial wellbeing worth it, as a “just” repayment for being mean when dumped? Should they be recorded forever for the internet to find?

One last thing… when I was a kid in dial up modem days, it’s painful to say, but I totally said stupid things (I mean, not like these guys said stupid things, but dumb things none-the-less). I wonder all the time how if I had said those things in an era where I was recorded forever, if they would one day haunt me. Are people allowed to change? Can we forget some things? Is this really worth it? It just bothers me.

I think the point should be that publicly shaming shitty people gives everyone the warm-and-fuzzies, but it’s a terrible way to get those shitty people to actually reform. I’m less on board with the false allegation thing, since that veers into victim-blaming territory.