Robot stitches a grape back together

When I think of all the times I needed to stitch a grape back together and didn’t have this robot… The future is a beautiful place.

It should be noted that this is not an autonomous robot, a human controller (a surgeon one presumes) is driving it.

It’s probably supposed to be an eye

Well, it’s great that the scrape got stitched up, but I think the stick up its ass is the major problem it has.

Well, there’s a thing I hope I will never require.

I know it’s only a grape, but it still made me wince.

I think that it is primarily used for prostate surgery (originally used for cardiac), but has branched out to all sorts of other surgeries. 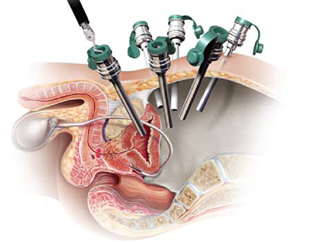 I almost winced less thinking it was supposed to be an eye. Almost.

I never had the patience or dexterity for this, so I usually just use the iron-on patches to fix damaged produce.

There were a lot of edits in there, I wonder how long it really took.

Personally confirmed. One of them stitched the remaining part of my right kidney back together a couple years ago after a mass was removed.

Is the term waldo just not as cool as robot? Sigh, robots get all the clicks.

May it live a long and productive life. 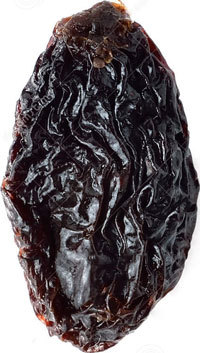 I thought it was common practice for all sutures to be individually knotted and cut, or is that not the case for internal suturing?
Still impressive. I like the reveal at the end.

A real grape would wait for the missing skin to regrow itself, not run to the doctor like a baby.