Russian figure skating star tested positive for drugs months ago, but was allowed to compete at Olympics

I doubt it would change anything - they would still start the training at a very early age.

Probably, but I doubt the training for pre-pubescent girls would be quite as intense if the coaches knew that they wouldn’t actually be able to compete professionally for another 6 years. What coaches have that kind of time to spare? Plus the coaches wouldn’t want to risk career-ending injuries years before the careers even started. It would at least give the athletes a chance at getting through early adolescence without too much harm.

There are other benefits to increasing the age too. A number of young athletes are doing endorsement deals and making major financial decisions that kids shouldn’t be needing to make. Plenty of opportunities for very young people to be exploited in that area. Zhu Yi gave up her American citizenship and changed her name at age 15 in order to compete for China and secure a number of modeling and endorsement deals. Those aren’t the kind of decisions that someone that age should be pressured to make.

Not that others don’t do it but the way they make it a point of pride to flout it at this point I think Russia could claim that doping their athletes should be a protected cultural practice.

What happened is that she was caught doping,

Valieva is fifteen years old. She was not doping, she was being doped by her coach and coaching team.

This is not something she did, even if she knew it was happening. This is something that was done to her.

I just dont understand what the IOC or the world gains from Russia competing?
In Sochi, they mass-cheated on a level that outperformed even past USSR/Eastern Bloc cheating.
The FSB/KGB was in charge of it. It was a state-sponsored, fraudulent, criminal enterprise. With almost no consequences.

On the subject of child athletes in general, I’ve always been a bit uncomfortable with the fact that there are 12 year old gymnasts competing in a sport that has lasting effects on physical development and potential for long term injuries.

I cringe when reading that some of those athletes live with their coaches while they’re training. So they are away from home, in a very competitive environment, with no parental supervision…what could go wrong? Whether it’s corrupt due to $ or politics, there’s not really a good way to go back to a better state now.

Kind of like Burning Man once $$$ and “influencers” got involved…

And I have already addressed this…

implies that she is responsible, even though you recognise that she is not. We don’t say that racehorses are “doping”, we say that they are “doped”. The same should apply to athletes who cannot refuse to take part in doping.

…and again: I already addressed that… Just look at the replies please.

Again, if she wasn’t responsible for the doping she wasn’t doping, she was being doped.

What stands out for now is the basic cruelty here. This process automatically casts the athlete as the villain. Valieva will be banned, Valieva asterisked in the annals. But Valieva is also a child. If she was given a performance-enhancing drug then what we’re talking about here is abuse, an offence committed against Valieva not by her. 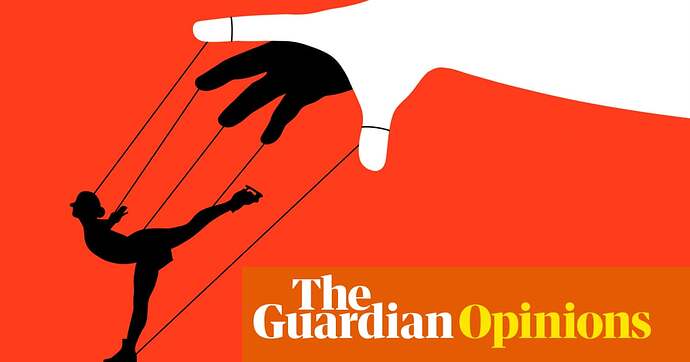 Kamila Valieva and Zhu Yi are victims in Winter Olympics’ puppet theatre of...

I will have to find the article and where in the timeline of figuring it out it was: it was reported that the sample was not tested until recently. It was taken and then was sent to a Swedish centre for testing later.

So officially she tested positive 6 weeks later than the event the sample was taken. This sounds as sketchy as letting her compete knowing she had a positive test but it does seem that officially they did not know.

Not the original article I read but will do: 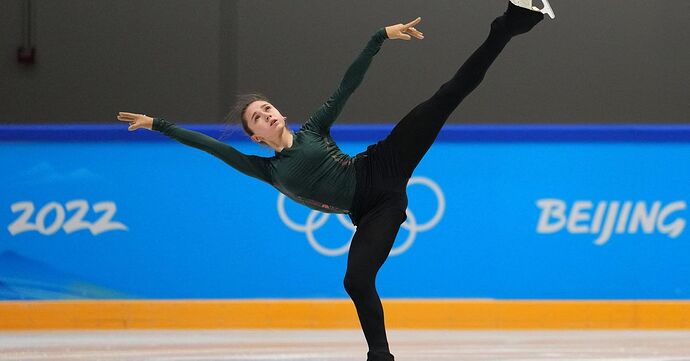 More than six weeks went by from the time teenage Russian figure skater Kamila Valieva's sample was collected and the day she heard at the Beijing Olympics that she tested positive for a banned substance at her national championships.

Again, I have already addressed that and stated that blaming her wasn’t my intention.
English is not my first language. I had no idea “doped” could be used like that.

wow, i had no idea transphobic jerks were welcome here. there goes the neighborhood.

i had no idea transphobic jerks were welcome here. 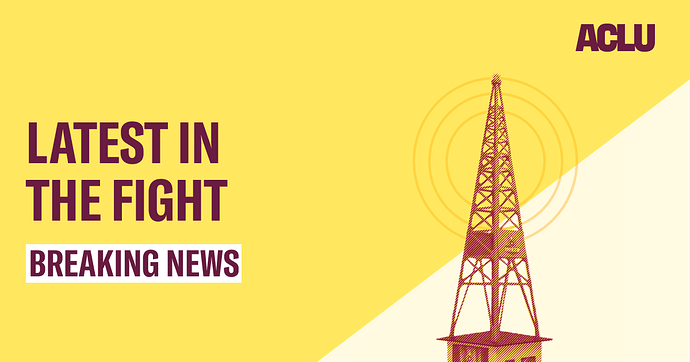 The latest in the fight for our civil liberties.

Glad they’re not punishing her, but there ought to be repercussions for whoever doped up a child. 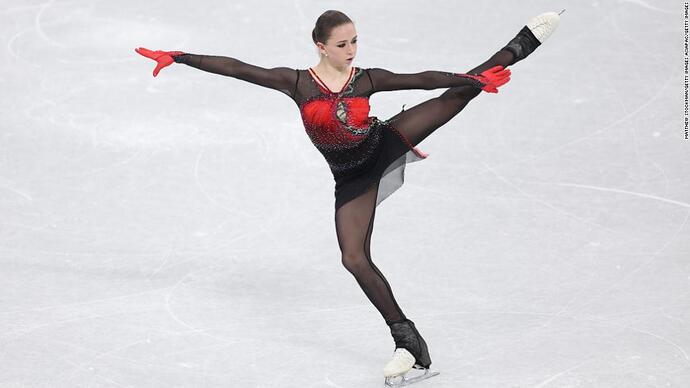 Teenage Russian figure skater Kamila Valieva will vie for gold in one of the Olympics' most high profile events Tuesday, after being cleared to compete amid a doping controversy that's cast a shadow over Russia's involvement in the Games.

The whole “Olympic Movement” needs to be razed to the ground

The Olympics have always been a bit fascist, Tracey

When the Games went to Berlin in 1936, the union between the two movements was blessed. In many ways, the Berlin Olympics were the ultimate Olympic Games, because the Nazis were the only people who really “got” Olympism. For the Nazis, Olympism and Nazism dovetailed so neatly that, in the words of a memorandum from the Propaganda Ministry from October 1934, “the Olympic idea is a cultural requirement of National Socialism, which concerns the entire German people”.

The Nazis added many little flourishes to the Olympics that are still evident today, not least the torch relay, which was the idea of the Secretary General of the Organizing Committee, Carl Diem. It was Diem who was later to rally thousands of Hitler Youth at the Olympic stadium in March 1945 as the Russians assaulted Berlin. Diem called on the assembled teenagers not to capitulate, and to show some “Olympic spirit”. (In case Olympic spirit was not enough, execution stakes were set up around the stadium, ready to be used if there were any displays of cowardice.)

There is a weird element here that hasn’t been mentioned yet: Why trimetazidine, and why figure skating??

To me this looks more like a political game with a poor child as pawn. Trying to show up the IOC, or make Russia look better in the local press, give Putin some talking points. Because this makes no sense otherwise!

Trimetazidine is not that effective, even its prescription use is debated and as doping drug it makes very little sense. If you want to dope an athlete there is much better stuff around.

And figure skating? There are plenty of drugs around I could use to improve my time on the 5km speed skating but all the pharmacies in the world could not make me do an elegant Axel jump. Muscle memory and balance can not be injected.

The OIC is not innocent here, they should have stepped in to protect Kamila Valieva, but they were right not to disclose medical information of a minor until their hand was forced.

Better yet, there ought to be a full-on investigation into athletes who are minors being doped, not just one particular athlete or one particular country, but a wholescale one. There won’t be any, though, for obvious reasons.

I cringe when reading that some of those athletes live with their coaches while they’re training. So they are away from home, in a very competitive environment, with no parental supervision…what could go wrong?

They don’t even need to be away from home, tbh. Being in the country that the founders of the Károlyi Ranch came from and brought their training principles from, we’ve had a string of scandals in recent years involving trainers abusing child swimmers at regular training - mostly physically and mentally, but also sexually. The latter aside, the former abuses have been constantly getting handwaved away as “this is the nature of the sport” “you’ve got to break someone to build them up” “this gives them character” and so on, until as recently as last year.

What happened last year? One of our most succesful swimmers (Cseh László) retired from competitive swimming, and one of the first things he did was accusing a famous trainer with abusing him mentally and physically long years ago when he trained under him. Other swimmers stood by him, told their own stories, the trainer is now being investigated, etc. “Funny” thing is, the same trainer had already been accused of abuse years ago, except at the time the accuser was a woman who ended up dropping out of the sport as a result - and the exact same successful and big name swimmers, Cseh included, refused to support her, dismissed her claims, etc.

Most other international organisations at least publicly repudiated their associations with fascism after WWII. Not the Olympics, which let Avery Brundage (who in 1936 prioritised Hitler’s fee-fees over the achievements of Jesse Owens) and later the Spanish fascist and Franco crony Juan Antonio Samaranch be IOC Presidents for decades each.