Winning local races, especially in the South is heartening. If the Supreme Court can do the right thing when it comes to Gerrymandering we might have a real chance of actually “draining the swamp.” Dems should not need 70% of the vote to even get equal representation in this country.

was this a primary in advance of election day race?

So no immigrants/outsiders (People outside of your community) need apply eh? And disenfranchising the less gifted mentally by requiring some proof of education before you can claim a benefit.

Amusing to see on a small scale the same policies some groups claim to be rebelling against. “Can’t afford it for people who are not us and who didn’t contribute to our society” and “we want our own people to have an advantage” and “If we offer this to just anyone, people will move here just to take advantage of the free things”.

Same song, different melody. If such arguments are wrong or even morally repugnant on the national level, why are they right on a community level?

Atlanta would be a big win, of course. It’s a large city, and is the hub for the SE.

That being said, we’re a lake of blue in a sea of read here in ATL. Same with Jackson and Birmingham. You still have the problem of urban-rural divide, especially along the axis of race. The problem is getting the white, rural middle class that dominate the rural areas of states like GA on board with a progressive agenda. If we could elect a progressive as governor, that would be something.

Kasim Reed isn’t running for mayor in Atlanta, Cory; he’s the current/outgoing mayor. And the current favorite is Mary Norwood (28% in polls), hardly a radical, although there’s a good chance of a runoff between her and Keisha Lance Bottoms (15% in poll and Mayor’s pick). Fort is in 5th place in the polls and has little chance of winning.

Wait, are these races that are usually won by Democrats anyway, and what has happened is not Dems taking spots occupied by Republicans but instead Bernie-bros taking spots occupied by mainline Democrats? If so, then we are seeing people with no real ties to their ostensible party taking over? Sounds like what the Tea Party did to the Republican party.

What the Berniecrats are doing:

Related to that… The “useful parts” of the Democratic Party are, in rough order of importance: Mayors and Governors. They have the power to restrain the police and National Guard, resist ICE and provide emergency support to communities like Houston, St Louis and Puerto Rico. The bank account. Protest is expensive, and the working class are broke. If you want working class people to stay in the streets for weeks, somebody has to pay to feed their kids. The media. Much of the mainstream…

I guess I’m unsure what you’re point is here? This is partially how political parties transform in the US - outsiders become part of the party and change priorities. Happens quite a bit in American history. Do you think that’s a bad thing, considering the strangle hold the 2 party system has on American politics?

Randall Woodfin was the State Director of Hillary for America, this attempt to re-brand Democrats under Bernie is really thirsty… 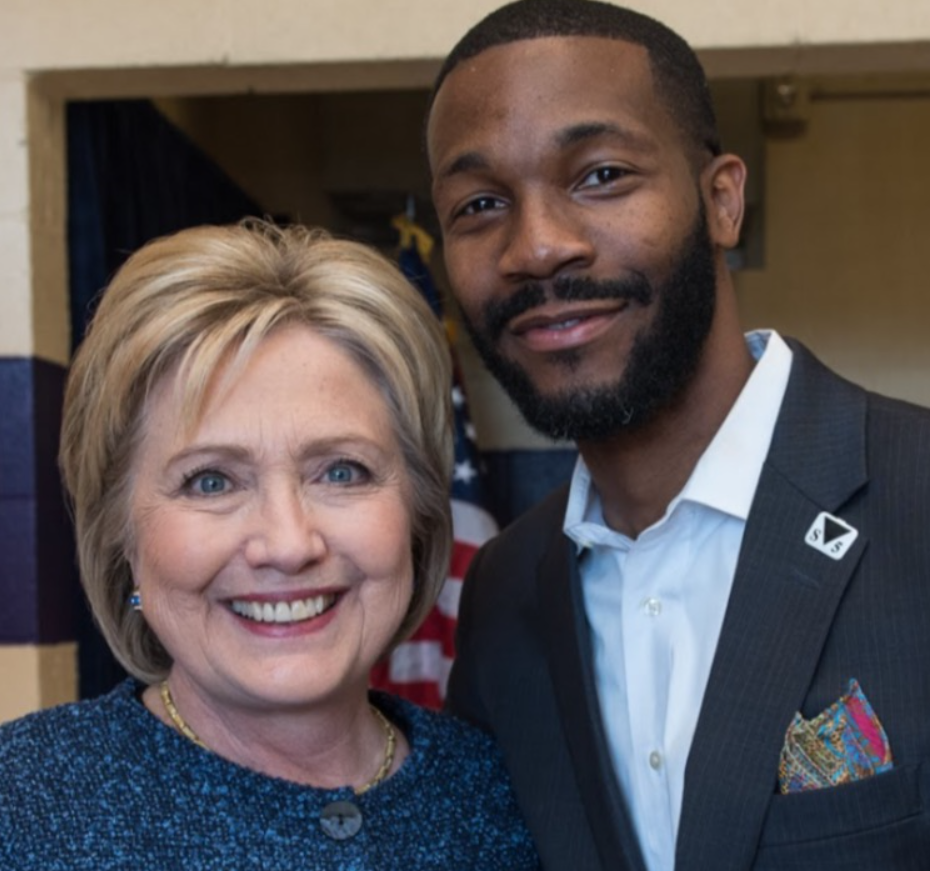 By Ebone’ Parks The Birmingham Times “I believe in her. I believe she’s a great leader. I believe she possesses the skill set to lead our country,” said Randall Woodfin, the Alabama State Director …

I’d liked Sanders in the primary, but since then his luster has worn off. He seems more happy to snipe from the outside than actually fix anything. And a lot of his supporters have that same attitude, only worse. I am no fan of the entrenched two-party system, but fragmentation of the side that is a lot less evil than the other side does not seem like a good way to get things done.

Happy to be proved wrong, though.

He seems more happy to snipe from the outside than actually fix anything.

How so? Can you give me a specific example of him “sniping” as opposed to doing precisely what other politicians do, which is debate and engage on topics? Aside from that, what is he supposed to do precisely, given that he’s a minority of a minority regarding his political views?

And what good does unity do when it’s employed to tamp down alternative ideas (especially on the left)?

This is about Berniecrats winning against establishment candidates in both parties. Both candidates beat Democratic incumbents either in the primary or the general election.

Happy to be proved wrong, though.

Challenge accepted. According to the polls, Bernie is the most popular politician in the country. There is no close second. Painting him as a fringe politician sniping from the sidelines is just wrong.

I’d liked Sanders in the primary, but since then his luster has worn off.

He seems more happy to snipe from the outside than actually fix anything. And a lot of his supporters have that same attitude, only worse.

Winning local races, especially in the South is heartening

Alabama has 7 congressional districts. 6 of the districts elected a Republican. One elected a Democrat. That district is known as Birmingham. Mississippi is currently divided into 4 congressional districts, each represented by a member of the United States House of Representatives. After the 2010 Census, the number of Mississippi's seats remained unchanged. List of members of the Mississippian United States House delegation, their terms, their district boundaries, and the districts' political ratings according to the CPVI. The delegation has a total of 4 members, including 3 Republicans and 1 Democrat.

Democrats have always won in certain southern enclaves. It’s nice that those enclaves have opted for progressive candidates; instead of, well, shadier characters.

But in terms of taking back the South? No, it’s probably a case of the heavily democratic districts opting for the “less centrist” candidates.

OTOH, it isn’t about taking back the South. It’s about taking over the Democratic Party, so that they actually resist fascism instead of collaborating.

Berniecrat mayors are important, too. More so than Congress.