The most problematic part of the media reporting is that gender is obliterated: “the shooter” “the victims” “# of people dead”.

This (male)killer targeted WOMEN. He raged about WOMEN. He killed WOMEN.

Enter with the refrain “Not All Men” and/or the explanations about how misogyny does not exist anymore in this culture.

WTF is wrong with “Not all Men” clearly this guy was utterly insane and not representative of “men” or “all men” or whatever. Just replace men in your “Not all Men” shit with any other ethnic/gender/race/religion and you’ll see how hypocritical the rage over that phrase is. So yeah if some moron came in and said see… look at what he did all men are horrible. I think not all men would be a perfectly ok response. Online Forum For Sexually Frustrated Men Reacts To News That Mass Shooter May Be...

"EliotRodger" was a regular poster on an online message board called PUAhate.

Gender obliteration is actually highly typical of media reporting, and certainly isn’t exclusive to reports on crimes of misogyny. Words like “suspect”, “victim”, “shooter”, et cetera are all chosen for their relative neutrality. Information changes, the facts aren’t clear at first, misconceptions crop up. This is all very normal when reporting in the immediate aftermath of a crisis.

That said, in my opinion this is a mental health issue, not a gender politics issue. The motivation of the madman is secondary to the fact that their illness was allowed to develop - that in the end, society failed to get this person help before they hurt themself and others.

It doesn’t matter which particular group of society someone chooses to blame for their own unhappiness. If it wasn’t women (or in the opposite case men, rare as that might be), it’d be some other minority, or some other perceived transgressor against their happiness. The specific target doesn’t matter so much as having someone to blame.

Misogyny sucks just as much as any other social ill, but in cases like this it isn’t the cause of the tragedy so much as the outlet for the discontent that leads to it. The mentally ill will always find some justification for their actions.

Even if we could cure all cultural social ills tomorrow, we’d still have shootings like this - they’d just have less “convenient” rationales behind them. Ending misogyny is a goal worth working toward on its own, but if we want to avoid shootings like these we need to do more - we need to get mentally ill people the help they need before people end up dead.

Females create life, males end it. War, crime, and violence are primarily male franchises. Man shit. It’s nature’s supreme joke. Deep in the womb, men start out as the good thing, and wind up as the crappy thing.

Everyone faces rejection. How you deal with that is what’s important. There are a wide variety of ideas and justifications and ways of thinking about rejections and failures, and not only in relationships. All of these are available on the internet, in books, on TV.

The fantasies and escapes one indulges in, the people one hangs out with and listens to—especially when you are too young and dumb to be able to think for yourself—all these things are important.

Bad examples are some of the most important lessons. For men, the resentful MRA is one of those obviously bad roads that needs more light put on it. Most men look down that road and say “Ugh. That’s even worse than feeling humiliated.”

If this incident doesn’t lead to the mainstream media finally doing some in-depth exploration of how fucked up the Men’s Rights and Pick Up Artist culture is, I will be severely disappointed.

Men’s Rights is able to persist as a misguided and mostly misogynist movement for a reason: There is no movement by men, for men, that is focussed on the problems that men face as a result of patriarchy. Pressure to be a stud. Pressure to perform masculinity through violence. Pressure to be the “Alpha” that Elliot Rodger wanted to be.

Feminism is fighting all of these problems of masculinity. As well it should, women shouldn’t have to put up with that shit.

But until men organize as men to fight this bullshit because it is bad for both women and men, I worry we’ll see slow progress.

Elliot Rodger seems to have been a crazy, broken boy who was seduced by the power promised to him by MRAs and PUAs. He also seems to have been a murderous misogynist sociopath. It is absolutely crucial that we see him as both these things if we want to learn how to keep this from happening again. 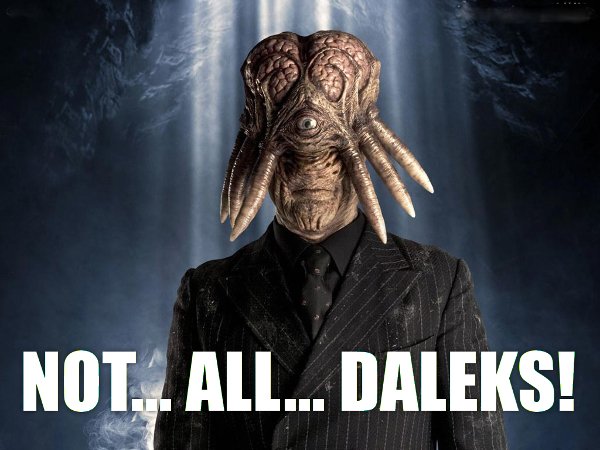 That said, in my opinion this is a mental health issue, not a gender politics issue.

I think it’s both. Sure, he likely has a mental disorder of some kind leading him to lack empathy, but equally his delusions were encouraged by what he was told by the PUA/MRA culture.

And yet, as I said, remove the gender politics issue and you still have a mentally ill person looking to justify their miserable life by blaming someone else.

Misogyny sucks, but it doesn’t make people go on shootings. Mental illness does. Contributing factors contribute, but they aren’t the cause. If you want to stop shootings, deal with mental illness.

Misogyny sucks, but it doesn’t make people go on shootings.

I’m not so sure about that. We know that people can be psychologically conditioned to kill by techniques such as dehumanization. If he hadn’t spent so much time in the PUA echo chamber being told he deserved a compliant woman and needed to prove he was an alpha male, his mental issues might not have been a problem; he might have eventually gotten laid and/or gotten treatment.

Also, of course, the “Nice Guys” are hampered slightly by actually being entitled, superficial assholes who mistake “not going on a shooting rampage (yet)” for being “gentlemen.”

As an English man abroad I’m stunned that everyone is focused on, gender politics and mental health issues yet no one has thought ‘if there were no guns around this would just remained as a sad and frustrated individual who needed some kind of help.’

Also, the obsession with the effort it takes to be a “Nice Guy” makes it sounds like it’s really hard to do. This is a pretty clear red flag for all these dudes. It’s basically like saying, “It put all this energy into treating you like a human being, and this is the thanks I get?” Ummm, how hard was it to keep that neanderthal under the mask, dude? It’s like these PUA guys are all that bug in the farmer suit from the first MIB movie, the skin-suit of a respectful human being barely containing this horrible, raping and pillaging misogynist inner being.

Treatment often isn’t available in many places, even if people want it. Of course, when people are mentally ill or bordering on it, they also tend to not want to be treated - hence why early identification and intervention from the outside is necessary.

And as I’ve repeatedly said, removing one contributing factor doesn’t necessarily solve the problem. Being in a relationship or having an active sex life does not somehow innoculate you against mental illness and violent tendencies. Happiness and sanity don’t hinge on any one single parameter.

Moreover, while a society’s cultural values are impactful, for the mentally ill who need treatment the much bigger concern is having effective systems in place for dealing with such people. A positive cultural environment isn’t the same thing as a professional organized system of identification and treatment.

It would be nice to believe that this is not a gender politics issue.

While there ARE isolated incidents of women shooting men - ie Valerie Solanas who had one specific target (Andy Warhol) who she had a grudge against(she believed he snubbed her and lost her manuscript) - I do not know of any mass shootings where a woman targeted men, any men, on the basis of her misandry. Women who kill more than one victim are usually an abusive parent, a nurse or caretaker doing what they consider mercy killings, or a psychopath who kills for insurance or assets. With the exception of Solanas, they usually do not compose manifestoes to justify their actions.

The biggest problem is that misogyny is completely normalized. Most men will claim it doesn’t exist, period. It’s like most white people’s experience of racism. If you are not personally suffering the consequences then it can’t be that bad, right ? Plus some of your best friends are women/black/LBGT/whatever. They laughed at that joke - how offensive could it be if THEY laughed ? You’re not a racist/misogynist/homophobe but…

This erasure has to stop. When was the last time you saw a headline like “Male Killer Guns Down Women” ? That would be an accurate and factual statement representative of the crime committed. Or “White Male Kills Female Students Who Were Strangers to Him”.

Fact: most people with a mental illness are many times more likely to be the victim of a crime - than a perpetrator of a crime/assault/murder. Do we even know that this killer had a mental illness v.s. a personality disorder like psychopathy ?

It seems that many mass murderers sort of simmer in rage before they put their plan into action. This guy was able to BLEND IN with the PUA’s and MRA’s until the last couple of days of his life ! Most male domestic abusers who kill their female partner/spouse/ex do NOT meet the diagnostic criteria for mental illness, for example.

But the problem ISN’T misogyny ?

Actually, I’m delighted that we’re talking about gender politics and mental health. We’ve had too many gun control arguments here that go nowhere.

Access to a particular weapon was not the root cause of this.

Or had the astonishing revelation that women are humans who didn’t owe him a thing. Who should be considered as equals, not a compliant, submissive Stepford tool to dominate.

I’m not even sure that treating women like human beings falls within their definition of a “Nice Guy,” to be honest. I don’t think that part really occurs to them. The whole “Nice Guy” thing is ultimately rather solipsistic, and women are viewed as “rewards” for behaving in a particular way.