If I remember correctly they were introduced in the 1970s and in Scandinavia since the 1980s widely in use (btw, not because it makes deforestation faster. last time I looked Norway was still full of trees) 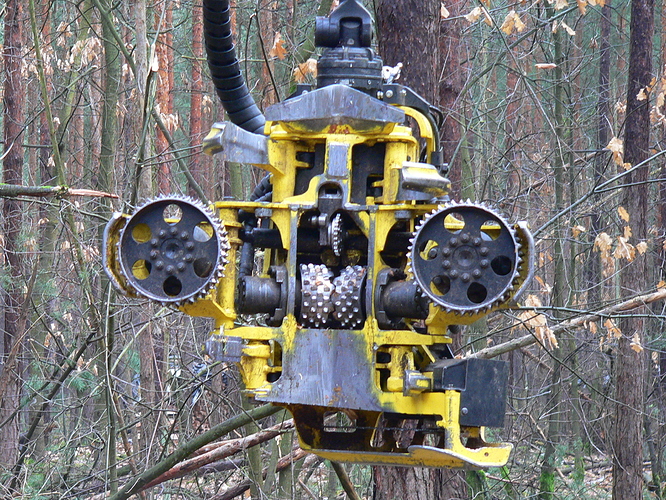 And someone, some where, has an unnatural urge to stick their dick into it…

There could be several people in a crew in the woods. A operator, a spotter, a foreman etc. It wouldn’t be safe to have a single person operating that kind of machine alone. And not all logging is done on flat land either, so there are different machines to haul stuff up and down hills. (Some trees are hauled away by helicopter.)

So the local fucknozzle is correct, it does bring jobs. Maybe not thousands jobs, but still jobs with decent pay.

Robots that control themselves exist, and the programming is the cool part.

My favorite is my friendly neighborhood robut banker 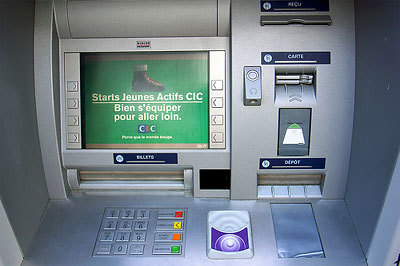 When you can’t push more logging = more jobs, then you will only get the logging that is financially viable.

I remember seeing a documentary including these awhile back. They were pretty neat, the operators made good money, were very well trained in how to use the equipment efficiently. Moreover, costs were lowered, as the machines consumed considerably less fuel to operate, they allowed significantly better selective logging, etc.

One of the things nobody has mentioned, is the operator needs to know what sort of trees he’s after/cutting, he punches 'em in as he goes, and the software actually measures, and cuts at specific intervals to maximize use of the tree, and to fulfill the orders on his todo, all in real time. The documentary I watched was touting the fact that with much smaller footprint, selective logging was much more sustainable, considerably less fuel was consumed, the felled byproducts were returned to the ecosystem at the spot of harvest instead of becoming a problem elsewhere, etc.

All in all, this looks like one of the best choices. Lets a portion of the reduced costs and workforce be used for responsible initiatives, replanting, etc.

What if it has six legs? Does that make it a mecha-insect?

So that’s what the black smoke monster looks like.

I find these ones more scary:

This is cool, but what’s the reason for producing sawdust in the middle of nowhere?

Scary? They’re wonderful! Such harvesters are progressive in the moral sense of the term. They make logging safer and quicker and can leave the area and altered ecosystem in better shape than most other vehicular loggers. More selective harvesting and sustainable thinning and so on is good.

They needn’t be used to clearcut but can be. Clearcutting isn’t intrinsically evil anyway; not all human development is bad, and some species can actually be helped by clearcuts since we now fight so many natural wildfires that would otherwise cause complex ecological successions.

There is a nice short story by Dean Ing about just such a machine in his 1982 collection “High Tension”.

Forestry mulching is used in the right-of-way clearing and maintenance for roads, highways, pipelines, and other utility lines. This process often requires complete removal of standing trees, stumps, and vegetation.

but until we have hard AI

Isn’t that only a year or two away, he asked innocently?

I vote for yes. Now, would it be scarier to find a six or an eight leg
version of that in your back yard?

“Easy for you to say”, the robot resonded. “I have to walk back.”