This is really cool news. The kind of thing that makes you realize there’s a big strange universe out there.

These collisions have been science fiction fodder; the gamma ray pulse emitted would be enough to fry life-bearing planets for hundreds of light-years around. You wonder how many civilization bit the dust 130 million years ago as the wave front rippled through that galaxy.

Especially intriguing is evidence of synthesis of gold and platinum in the collision.

We felt the universe shaking from two neutron stars merging together, and that told us where to go and point our telescopes…

Is there a causality problem here? We detected the collision, so we knew where to look to detect the light from the collision? So the “universe shaking” arrived here in advance of the light?

The optical signal persists, for a little while. Like a bell that you didn’t hear getting struck, but that you can still hear ringing.

These collisions have been science fiction fodder; the gamma ray pulse emitted would be enough to fry life-bearing planets for hundreds of light-years around.

Not necessarily. It’s theorized that most GRBs observed to date may have had the jets of their emissions more on less on the same axis as the line between them and us, like being right in the beam of a flashlight. It’s possible the sterilization zone around one drops off much more quickly outside the cone of the jets than in or near their direct paths. The problem is that astrophysicists have a range of models for neutron-star mergers, but require more evidence to narrow it down. This and similar observations will certainly help.

https://en.wikipedia.org/wiki/Light_echo Also we can catch the reflected flash off nearby astronomical objects like dust, if they’re arranged in a way the reflected light arrives significantly after the original nova

It may mark the first time that ‘We felt the universe shaking’ wasn’t uttered outside the peak sweatiness/ max lustiness stage of a high school or college romance.

How awesome to be able to say such a phrase and for it to be literally, scientifically true.

If there’s a bunch of flying debris from the collision, its gonna be glowing for quite a while after the gravity signal is emitted. That’s going to tell you a lot about the collision.

Its like hearing a car crash and then turning around and looking at the flaming wreckage. 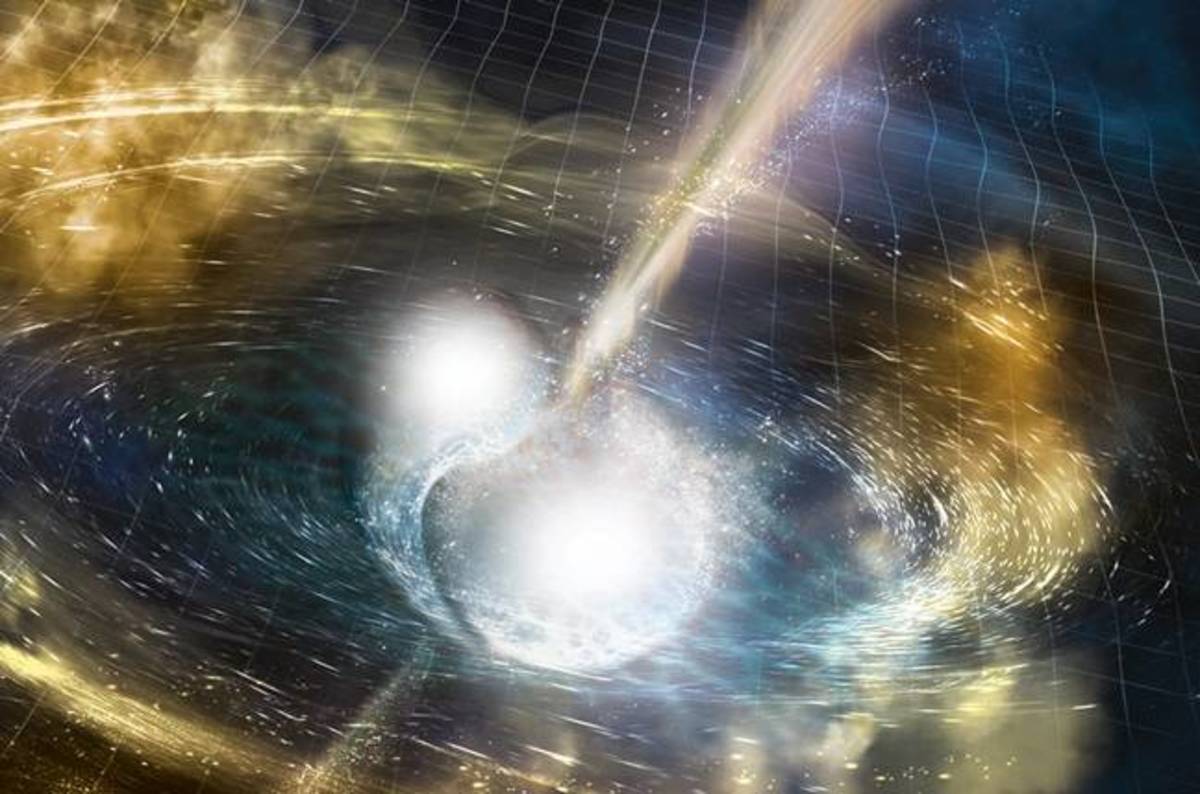 Watch a tiny rip in reality happen, and a localized rulebreak involving like, light turning into hotdogs appears.

The report concluded, “I felt a great disturbance in the Force, as if millions of voices suddenly cried out in terror and were suddenly silenced. I fear something terrible has happened.”