but during the era, the occupants of the fabled Mystery Machine must’ve seemed like extras from Walter Cronkite’s b-roll.

To me it seems like Shaggy is the one token hippie, there to be goofy.
By ‘69, I don’t think the Mystery Machine crew would have been that outlandish. Hell, just the year before, Dennis Hopper played a hippie in Eastwood’s western Hang ‘em High.

Basically The Many Loves of Dobie Gillis with two women as main characters. A cool good-looking guy, his hippie sidekick, and a kind of Holmes-and-Watson pair of women.

‘Scooby Doo - Mystery Incorporated’ is perhaps the highlight for me. My teenagers also continue to rank it in their Top 10 animated shows.

His sidekick (Maynard G. Krebs, played by a pre-Gilligan Bob Denver), was a beatnik not a hippie. Dobie Gillis was a bit too early for the hippie movement.

Scooby looks good for his age, he must moisturize.

Well, I was describing Scooby-Doo in the sentence, and Shaggy was a hippie. Maynard, as you point out, was a Beatnik. But the comparison holds.

It is one of the first cartoons I remember watching. On a little black and white TV in a farm house in Kansas.

I never knew about Dobie Gillis until I was a teen, but as soon as I saw it I naturally assumed Maynard G. Krebs was the archetype applied to Shaggy. I still believe the creators of the show intended this (and doubly so with your Fred=Dobie theory that I somehow never realized.) with that assumption I figured that’s the direction they gave Shaggy’s voice actor.

BUT that voice actor, Casey “America’s Top 40” Kasem, didn’t use Krebs as an influence. he says he combined the voice of an LA radio DJ with the high, squeaky voice of Walter Dennon (played by Richard Crenna) from the Our Miss Brooks show. which does make sense given Krebs never spoke in a high pitch at all.

however, Kasem does say that he was directed to say “like” all the time, a sure-fire Krebs-ism IMO. 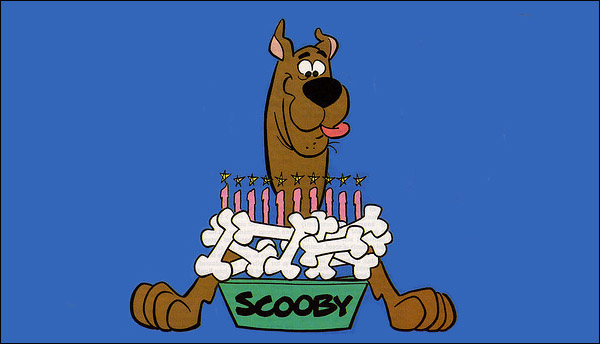 In His Own Words: Casey Kasem on Shaggy |

Hanna-Barbera’s biggest success came towards the tail end of the 1960s with Scooby Doo, Where Are You!

I would have watched it, too, if it wasn’t for those darned kids.

Ah yes- Scooby Doo. The show that teaches kids the most important lesson of all: That whenever you hear some far-out supernatural claims, it’s always caused by someone trying to trick you so they can get their hands on something valuable while you’re distracted by the scary story.

Brilliantly parodied on The Venture Bros.

Tangential OT story: You know when you overhear people talking shit about you? Long time ago I called my wife at the tattoo parlor she was working. The tattoo guy said “hold on, she’s coming” and then I heard another guy ask him “Who’s that?” and he said “It’s that stupid Dobie Gillis looking motherfucker.”

I have never been so livid. As soon as she picked up I said “You tell that asshole I said stupid MAYNARD looking motherfucker; DOBIE was the fucking JOCK!” and hung up.

Except that some Scooby Doo stories (not so much in the original but in later versions) have actual monsters and ghosts in them. Which I get from a dramatic point of view (it’s boring if it is always the same deal), but I agree that as a life lesson, traditional Scooby Doo teaches the need for skepticism, which is a good thing.

I love how this comes to a head in the film Scooby-Doo! and the Curse of the 13th Ghost, where Daphne and Shaggy explain they had a whole summer chasing real ghosts and Velma remains skeptical.

Such a good show, and my 9 year-old has watched the whole thing twice. It’s hard to convince others to watch it, though, as it keeps getting written off as just another Scooby-Doo show.