Secret Government in a Democracy

I am a little surprised I have seen nothing on BoingBoing about this (maybe I missed it), but the blowup between Feinstein, a generally worthless police state apologist, and the actual and literal police state is fascinating and vaguely hopeful. If a worthless sub-human apologist like Feinstein can suddenly realize that “oh shit, maybe these guys are not on democracy’s side”, the sky is the limit.

Regardless, I think that this story is probably the biggest for the US in years. I would almost rate the CIA trying to cover up the worthlessness of their torture program and subsequent domestic spying against congress as being even more important than the Snowden leaks. Snowden showed us the size of the cage, but this ruckess is the civilian elected government realizing that maybe they are in the cage with the peons too. 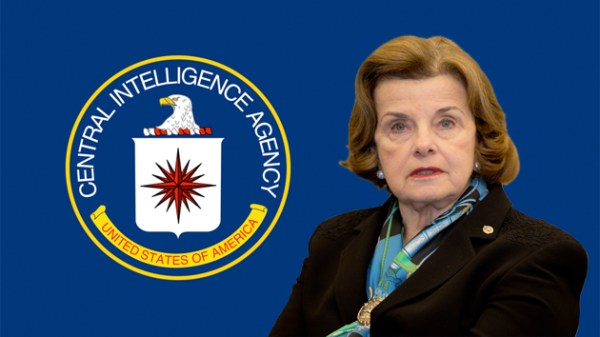 That sound you heard? It was the foundation of the national security state...

The allegations of CIA snooping on congressional investigators isn't just a scandal—it's a constitutional crisis.

The place has become overrun by kooks, fly-by Stormfronters, and the general filth one more reasonably expect to find under a YouTube video. I will note that if you scroll down far enough in the comments, you will come across someone who is either delivering Andy Kaufman-level performance art, or is a actualy paranoid/delusional. So much Poe.

This topic was automatically closed after 1074 days. New replies are no longer allowed.