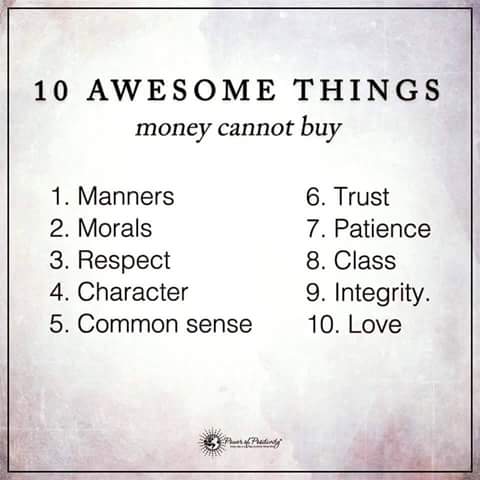 Looks like some people will ride out the climate emergency they helped to create just fine. 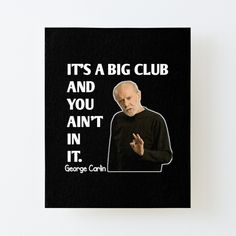 and that once Trump is there, he’ll turn the dial down to $1.64 a gallon

Are they somehow for direct government control of business and regulated price controls now? I get that they don’t actually have a platform, but that seems rather far from the original Republican party platform of the past.

If only I could get my parents to see this instead of nostalgia for something that doesn’t exist.

Everyone with even basic high school economics should know there’s only two ways to reduce the price of gas. Increase supply or decrease demand.

Oil companies aren’t going to increase supply. The capital investment in new refining is to large and the payback so long that it wouldn’t happen before demand drops for other reasons. In the short term, they’ll make more money not investing too. High prices are great for them.

Well, they have us over a barrel.

This is already shitty, then I read… 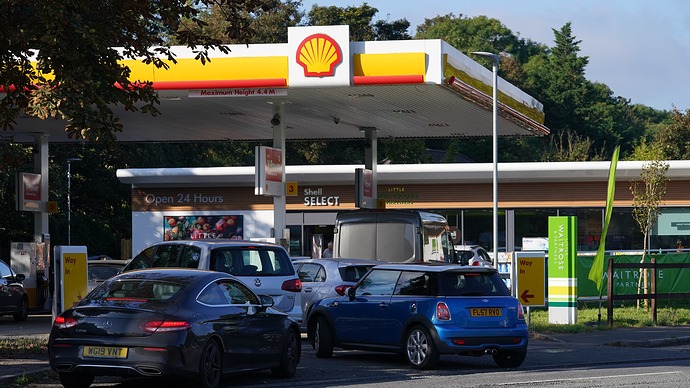 Shell has made $30 billion (£26 billion) in the first nine months of 2022 and is on course to make a truly staggering annual profit. | ITV National News 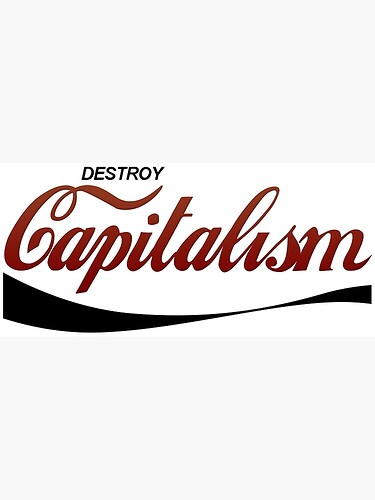 In fact, it got a tax rebate of £100 million from the government.

But the problem surely couldn’t be good old fashioned greed, could it?

And it’s not just oil companies. 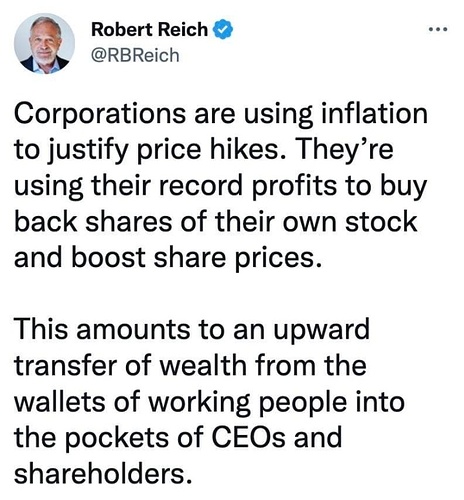 Are they somehow for direct government control of business and regulated price controls now?

Yes, but only when the president is Democratic.

bbc reported that they already pay sixty per cent tax…
and

bbc reported that they already pay sixty per cent tax…

Really? SHell?? Because the ITV article mspie500 linked to above says:

The fact that Shell has not paid any tax on its UK income since 2017 also sticks in the throat of some.

In recent years, such methods have meant that BP and Shell, for example, have paid almost no tax in the UK.

And I feel physically sick. 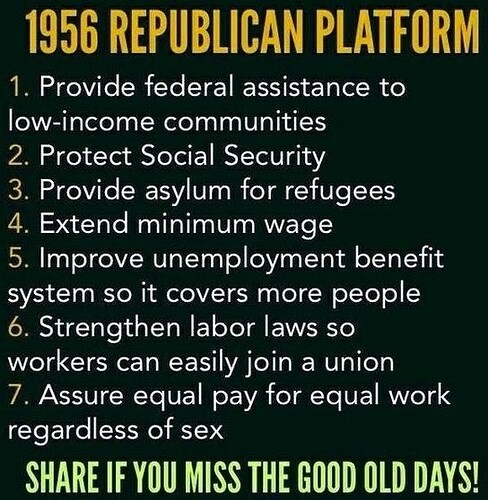 Makes me want to see a list of what Dems stood for then.

Sounds like most of that was cribbed from the 1956 Dem platform. The biggest differences seemed to be Republicans wanted to reduce taxes for the wealthy and corporations while Democrats were desperate to maintain the status quo on segregation to avoid a schism between Dixiecrats and progressives.