Should Apple can the Mac?

Am I the only one on the planet who finds using mobile devices kind of boring? I mean, I own a smart phone and an ipad, and use them occasionally, but I vastly prefer my desktop for writing, programming, watching videos, playing games, etc. Mobile devices are useful, but so are laptops and desktops. Why can’t we have both?

Edit: Naturally, I’m speaking as a rich westerner with privileged access to technology and resources. I know ‘having both’ is a pretty entitled sentiment, and that most people are lucky to even have access to the internet, let alone their choice of technology for doing so.

I feel like this story answered its own question pretty handily.

No, they definitely shouldn’t can the Mac. It’s the hub of all of their mobile success. It’s the bedrock everything’s built on.

Definitely not the only one. I like my phone when I’m out and about and my tablet next to my bed to catch up in bed in the morning, but for real work/intense web surfing … I can’t understand why anyone would want a touchscreen device. Give me a decent keyboard and my 26" monitor every time

I read somewhere it’s the difference between consumers and creators. If all you do is post a Facebook update/tweet, or some light surfing and YouTube (i.e. you are a ‘consumer’ of the web), touchscreens will serve your needs just fine. If you actually do anything creative (whether it’s art, video production, or even just writing comments on web forums!) then traditional hardware is what you need. Most people fall into the consumer category.

One thing that may not be apparent to non-programmers is just how close iOS and OSX are to each other. While the Mac and iDevices may seem very different to non-programmers, they are clearly related to each other underneath in regard to APIs and the like. OSX definitely has a future so long as iOS does. And that implies a future for the Mac. Yes, I know there are people who say “Apple should just sell OSX for installation on PCs”, as modern Macs are basically standard PCs as anyone who has heard of a “Hackintosh” knows – the thing is, that never seems to work as a business model. NeXT tried it. Be tried it. These were arguably the most advanced OSes of their day, just as OSX is today, but they couldn’t get a foothold.

The Wall Street Journal believes that everyone is, or should be a consumer. And of course, being a consumer means always being willing to throw away the thing you have for the new thing, even if the marginal benefit is small. And, of course, devices optimized for ‘consumption’ are primarily very passive things. They receive. A device that allows you to more easily be an active creator makes you a threat to the corporate order.

On the other hand, if I could get Creative Suite to run under Linux, then I wouldn’t really need the Mac any more.

I love my nook tablet. Just the right size for easy portability, reading, the odd sudoku or crossword and it takes up way less space than the pile of books it replaces, videos look good while it is just a few feet away. It does not take the place of my beast of a laptop but I can’t just open that up on the bus, in the car, etc.

I think as cpus and gpu shrink and get more efficient we will probably see a true merging of laptop/tablet/desktop where you have some basic unit and the function is based on what shell you plug it into. We are already close to that with things like the Surface and the like tablets that come with a keyboard dock.

There will still be uses for dedicated workstations just they won’t be the bog standard home pc anymore.

Also, the OS X isn’t as flexible as Linux, but the Mac is built to better standards than some other machines, and doesn’t have as many divers and certified-but-not-compatible and inaccessible equipment problems as Linux.

Unless I’m much mistaken, our fearless WSJ technology bloviator is making one of two mistakes:

At best, he’s misunderstanding the ‘danger of being doomed by your own success in technology’ problem: You don’t become stagnant merely by sitting on successful products(nor do you become creative and revolutionary merely by taking them out and shooting them). You become stagnant when you start shooting your creative products because you fear that they threaten your successful ones; and how you become creative is still more an art than a science.

Success, in itself, is just fine(and it provides the cash that can be rather useful to indulge your creative children with time, prototyping space, and the freedom to not ship unpolished products). If Apple is sandbagging some as-yet-unknown hot new thing in order to preserve mac sales, then they have a problem. If they are just selling macs, they may or may not have a problem with their creative pipeline; but it’s not specifically related to macs.

At worst, he’s just making petulant noise: “I’m a tech pundit, so my business is companies doing stuff worth commenting on; and therefore I want Apple to do something seeminglky counterintuitive so that my pundit powers will be called on and validated! Also, as a hardcore changeophile, remotely static product lines fill me with unquenchable ennui; and only the most radical and disruptive changes can soothe me…”

Also, quite simply, Apple is a business, not a collective of bohemian artists. As long as Mac is profitable, they will probably continue to make Macs, unless that gets in the way of something even more profitable.

Microsoft should stop selling operating systems. Every company should focus on their strengths.

WSJ how about take a note from apple, and try some innovation, it just might boost your reader base.

I thought that the redesign did can the Mac…

Apple will never again cede its future to other firms’ control.

Yes, that makes total sense, and is the strongest argument for why Apple is not going to give up its model of producing all its own hardware.

And it’s why it has its own computer platform: 100 percent of software development for the iPhone, iPad, and Watch (and Mac apps) occurs on Macs. There’s no other way to assemble software for those devices.

The Mac, at some level, is a highly profitable developer-platform division that happens to also serve consumers and businesses.

This doesn’t make any sense. He seems to be implying that the most important reason Mac makes its own devices is so that developers have to produce software and apps on those platforms. As if the developer world is the largest consumer of Macs.

First of all, he’s just wrong: “100 percent of software development for the [x,y,z] occurs on Macs. There’s no other way to assemble software for those devices.” Wrong. You can run OS X inside Virtual Box on your PC and do just fine. Here’s how to run XCode on a Windows machine.

Second, that just seems to be a very narrow view of their market: just software developers? Apple clearly doesn’t think so — when was the last time you saw a Mac ad targeted at a developer (instead of a graphic designer, photographer, whatever)?

What’s that rule about headlines that end in a question mark?

[quote=“SamSam, post:14, topic:59737”]This doesn’t make any sense. He seems to be implying that the most important reason Mac makes its own devices is so that developers have to produce software and apps on those platforms. As if the developer world is the largest consumer of Macs.

First of all, he’s just wrong: “100 percent of software development for the [x,y,z] occurs on Macs. There’s no other way to assemble software for those devices.” Wrong. You can run OS X inside Virtual Box on your PC and do just fine. Here’s how to run XCode on a Windows machine.[/quote] 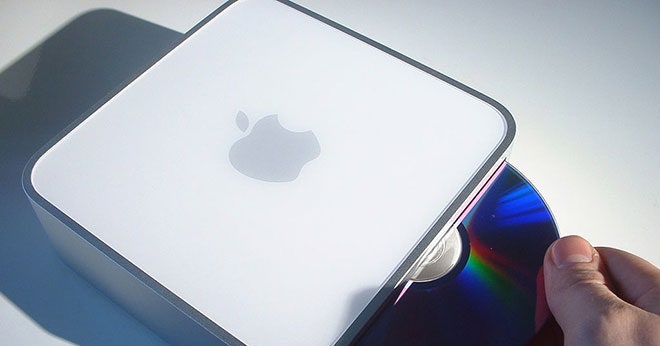 If you walk into one of the massive data centers that underpin Facebook’s ever-expanding online empire, you’ll find tens of thousands of computer servers, many of them designed by Facebook itself. But those aren’t the only machines you’ll see stacked...

What I’d like to see is proper licensing/open-sourcing of the old Classic Mac OS and associated BIOS ROMs that professionals surely have not given any thought to in the last decade or more, as efforts to reverse-engineer emulation solutions seem to have stagnated. It seems to me that considering it was all designed for an outdated architecture that there’s little to be lost.

You can run OS X inside Virtual Box on your PC and do just fine.

Sure it technically works, but it’s against licensing agreements with Apple. This may not matter to some, but if you’re a large shop you kind of want to cover your bases (Sarbanes Oxly and all).

Personally I’d like to see Apple start producing a rack mount server again. Being able to spin up a bunch of VMs in the data center without having the odd shelf of black cans would be a plus in my book.

I think that’s exactly it- I love my iPhone and Chromebook, but as an artist and musician, they’re of no use as anything but scratch pads. I need a real computer to do any actual work.

One way around this is to open source OS X… particularly as a development platform for the watch, ipad, etc. But that is not so much in Apple’s DNA.

There’s als a version that mounts a macpro and pci cards. Not cheap, and compared to a 1 unit cpu, very wasteful of space