Centralising all of Windows’ security features into one third-party entry point? What could possibly go wrong?

Microsoft turning this into whack-a-mole in 3…2…1…

You made a good choice in a new computer. I look forward to your review of the new Surface Go.

Talk about out of date. That wi-fi password sharing feature was removed more than two years ago and it never shared passwords by default.

They already did that by disabling/ignoring group policy settings in professional grade copies. Now you have to use an Enterprise (lease-based) copy of Windows to have the privilege to refuse updates and disable the majority of their data tracking. It’s really annoying since I still get crap about Facebook because I once had a Windows Phone despite not using the dang thing in six years.

Frankly no one who isn’t an enterprise level company, and even most of them, should be refusing updates for anything longer than the standard deferral period. That’s how you get zombie PCs.

My org has software that symantec refuses to update that gets totally broken by 4 windows updates, but is necessary to comply with certain regulations.

There’s a case to be made for refusing updates.

OK, so I opened it and like WTF. What’s it all mean? I’ve been playing with computers, building and rebuilding probably a hundred or so, installing Windows from 3.1 to 10, installing Mac OS on PCs, installing and running Linux live, installing all kinds of software for the last 15+ years and have no clue whether to to on or off everything displayed. In other words, this program is mostly for geeks to tweak with.
The base Surface GO is $400 w/o keyboard which is another $100, but the author’s unit is not the base model so how much does 128 GB SSD and 8 GB RAM cost, $100 more? $200?
I bought an HP with the base GO’s specs for $339. use Webroot antivirus and Private Internet Access VPN. 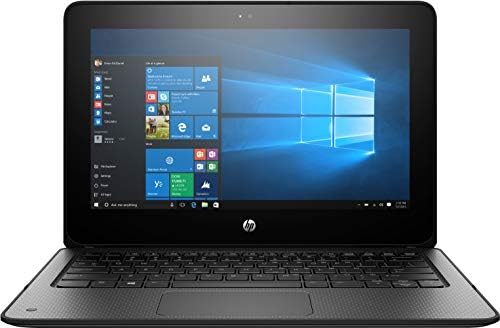 
I’m a user, not a Microsoft shill. Do your own research.

You’ll never know if I wrote this in the middle of a poop.

That’s what you think.

Frankly no one who isn’t an enterprise level company, and even most of them, should be refusing updates for anything longer than the standard deferral period. That’s how you get zombie PCs.

I get that, but once you get those “we will now update your computer” prompts in the middle of a game… Windows 10 is just too heavy handed with the updates. It should obey me not the other way around.

Besides, I survived the beleaguered years of Windows 95/98/ME. I’d rather have a shitty disposable system that lets me do my thing in peace (and reinstall at a whim) than some annoying more secure thing that I feel fights me (and spies on me).

The problem is that there’s certain kinds of software that will break in some cases with an update. For example, I’ve recently had the built-in image viewer/editor for Windows 10 break from an update. It wasn’t until the latest update did they fully push out the new version of the image viewer/editor app which fixed the problem. Such aggressive updates are unwarranted and they should (especially for a company which employs thousands of programmers) focus on quality over quantity of updates. If it’s a security update I can understand the need to push it out but if it’s a change over for new features then they need to force internal testing/use first on the employees until no more issues arise from the new feature. Otherwise, they need to allow private parties to decide if/when they update. My PC, my rules with all that it implies.

You’ll never know if I wrote this in the middle of a poop. You must live with this.

It ain’t made out’a gold, get rid of it.

Things like this are why I don’t run windows on my personal computer. If it also had something that let you turn off all forms of autocorrect/assistive bullshit, in all of the office suite as well as Windows, and it didn’t randomly reset your settings when it did an automatic update, and it didn’t start getting glitchy, requiring you to restart every couple weeks, it would almost be a usable OS.

I avoid this sort of Windows 10 privacy nightmare by using a Chromebook.

I’ll be here all week folks!

As icky as this sounds it would be hard as hell to do a lot of keyboard things if the OS isn’t paying attention for things like hotkeys to start apps, or searching the start menu by app name, etc. So not sure why one would want to turn that off as opposed to turning off some of the Cortana enhancements like let’s check the web if we are not finding local options.

I’m a fan of Winaero Tweaker. It’s updated so often it’s not even worth keeping on your HD.
Every time Windows 10 updates, it reduces all my fonts to 9pt, wipes out my Windows 7 game pack, restores Cortana, and changes a bunch of other settings I can’t even keep track of.
I need it to change settings that Windows refuses to allow anymore. I’ll give ShutUp10 a try, but I doubt it can add anything to Tweaker.

I strongly disagree mainly because patching on windows has been an absolute mess for a while now, certainly since they got rid of their quality testers. When you see long-time windows stalwarts like susan bradley saying enough is enough and patch after patch is causing problem after problem and feature updates breaking stuff then it’s evident microsoft cannot be trusted with control of updates. It should, and always has been in the past, be in the hands of the user.