Reminds me of this little rant on how the “Work Smart, not Hard” cliché poster is actually horrible advice. I’m convinced.

ANd perhaps it would have been better to grease the bottom of the cube.
My first thought too, was why not cylinder as well.
And while “work intelligently” is more grammatical it is still rather awkward. It reminds me of the US highway signs imploring folks to “Drive Friendly” it just sounds wrong.

The passive aggressive grammarian in me is reminded of the old apple motto, “Think different.” To which I always wanted to respond “Think different WHAT?” since “different” is an adjective, not an adverb. (I learned SOMETHING from “grammar rock.”)

There’s another level of failure, in that these workers are clearly in a race with each other to push these cubes around to wherever they’re going. Which makes our sphere-pusher stand out, but without knowing what the cubes are for, there’s no telling if he’s doing his job any better than those slobs down in marketing.

In this case, our so-called intelligent worker has delivered an object that won’t stack.

The cylinder is actually more efficient than the sphere, based on the information we can see. They’re all just moving in one direction. A cylinder (or, for that matter, an octagonal prism) will only roll one direction, so he wastes no energy keeping the object from rolling in the wrong direction.

The thing is that since the customer asked for a box but really wanted a ball, he will have to pay for every change request even if its easier for us to roll a ball to the desired location. We already priced our delivery for a box and if we just change the box to a ball, the customer will complain and demand a refund our time saved and material lost. True story.

Arguably, that’s because it is wrong - if you’re a prescriptivist.

Although ‘friendly’ looks like an adverb, it’s far too well and too long established as an adjective - from the noun friend. Friendlily would therefore be the adverb derived from the adjective, but I’ve never seen it in use. Probably because it looks and sounds weird.

Since ‘friend’ has now become a a verb (but probably not at the time of the US highway signs). then the usual method of converting a verb into an adverb by adding -ly to its end, could legitimise ‘friendly’ as an adverb were it not for the fact of the aforementioned establishment.

We are having something different tonight. I’m not sure exactly what, yet, but think Southeast Asian cuisine.

Or, because of the friend/fiend association going way back, Drive friendishly?

Also along these lines: 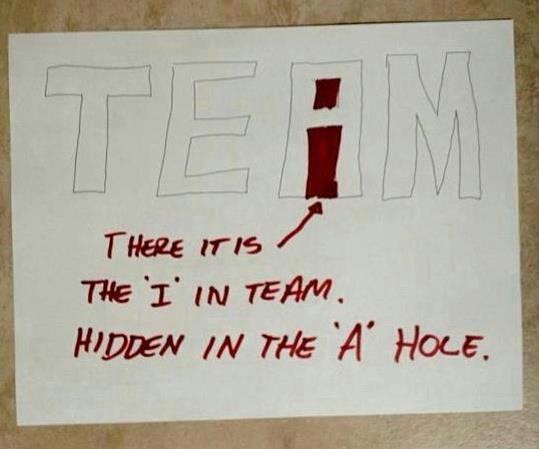 Anyway, as long as we’re doing that adjective-adverb thing, Shouldn’t it also be “Don’t work hardly”?

I believe USAnian English (maybe all American English too) has simply dispensed with the adverbial form. Like the Dutch in relation to German, everyone still has adjectives and adverbs, it’s just that in German and Br E the adverb is spelled out with the endings intact (-lich,-ly) whereas in Dutch and Am E have just dropped their (-lijk and -ly) endings as ‘bleedin’ obvious’.

Can some explain to Smartass what a metaphor is?

They’re clearly being punished on the blasted plane of Hades, forced to push those objects for all eternity.

The worker with the sphere has been pushing his cube around so long the edges have wore off. Pushing it back and forth getting nowhere, sort of like congress.