James Webb, Halley’s Comet may be set for cosmic dust-up 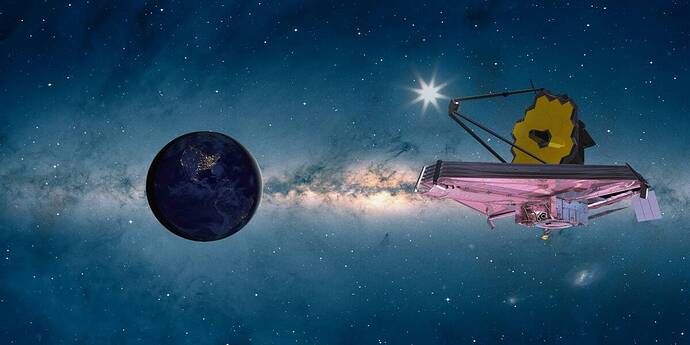 James Webb might eat a bit of Halley's Comet dust

Comet debris is right in JWST's path, and could further damage its sensitive mirror

The James Webb Space Telescope is predicted to pass through Halley’s Comet’s debris trail next year, meaning that particles could further endanger its sensitive primary mirror.

Halley’s Comet itself won’t be back in the inner solar system until 2061, but the bright tail trailing out behind it is filled with dust, debris and ice shed by the comet. It’s that debris field that JWST is predicted to enter in 2023 and 2024.

According to Nature , meteor shower dust like that left behind by Halley only constitutes around 5 percent of the impact risk to Webb, while the rest is from random hits from stray dust. Scientists have long planned for such hits during Webb’s lifetime, but May’s unexpected impact has had scientists re-evaluating the potential for serious damage and developing custom meteor shower forecasts at Lagrange point 2, where Webb sits in space. 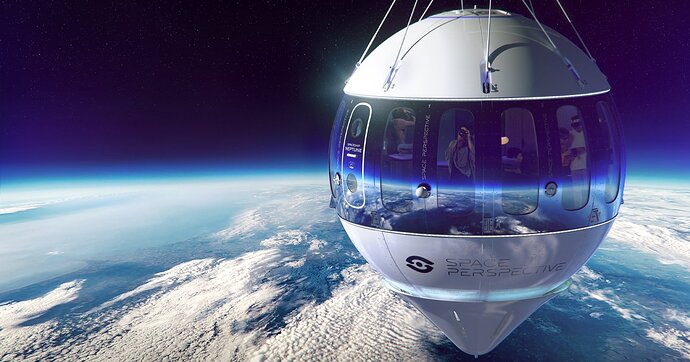 Get ready photo tourism at the edge of space.

Back in the dark age, circa 1993, some friend assembled a telescope with some mirrors and PVC pipes.

Kids these days. They have all sorte of fancy tech stuff. We had to improvise with stone knives and bearskins. 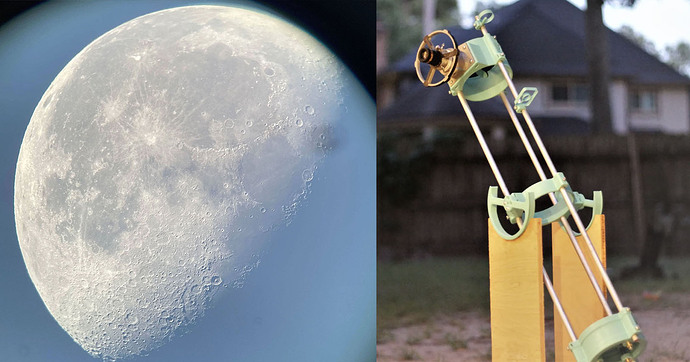 Get into Stellar Photography with this DIY 3D printed telescope.

Back when I was a young whippersnapper i made a 30cm dobsonian telescope. Hand ground the mirror over the course of about six weeks. Had to leave it behind when I emigrated. Sobs. 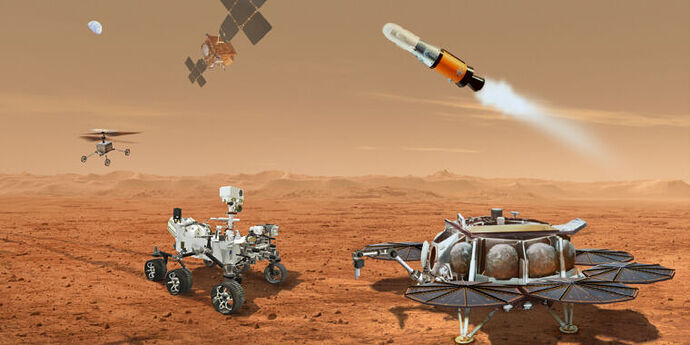 The experience with the Ingenuity helicopter has changed the equation.

On Wednesday, NASA announced that it had made major changes to its plan for returning samples from the surface of Mars in the early 2030s. Currently being collected by the Perseverance rover, the samples are set to be moved to Earth by a relay of rovers and rockets. Now, inspired by the success of the Ingenuity helicopter, NASA is saying it can lose one of the rovers, replacing it with a pair of helicopters instead.

Preparing for Skylab: The separate 1972 experimental mission that never left the ground 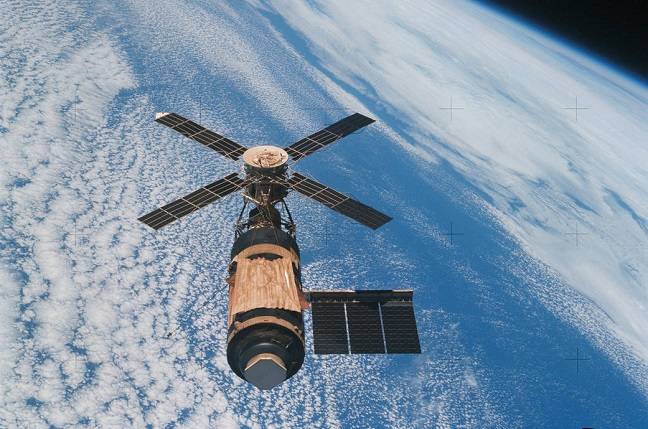 Bags of splashy fun for astronauts in SMEAT's simulation

Remember Skylab? How about SMEAT? Fifty years ago, a trio of US astronauts took part in 56-day simulation of a Skylab mission that would prove critical to the success of the US’s first crewed space station.

SMEAT (Skylab Medical Experiment Altitude Test) took place a year after Apollo 15 launched to the Moon. It was originally planned to consist of a 28-day mission and then a 56-day mission within a partial mock-up of Skylab sealed in a hypobaric chamber at NASA’s Manned Spaceflight Center in Houston. 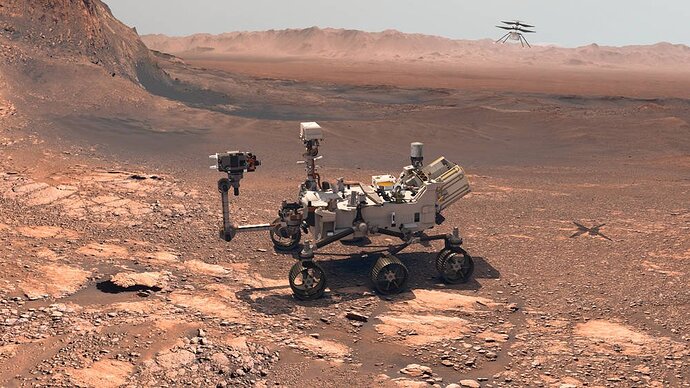 NASA: Mars rocks won't make back to Earth until 2033

Martian rock samples collected by NASA’s Perseverance rover won’t arrive on Earth until 2033 – as they’ll need an orbiter and lander sent out toward the end of the decade to fetch them, the US space agency said Wednesday.

Once the samples get to Earth, scientists will look for physical and chemical evidence that Mars may have once supported an environment that hosted simple life forms, like alien microbes. With any luck, the Earth will still be capable at that point of hosting complex life forms, like scientists. 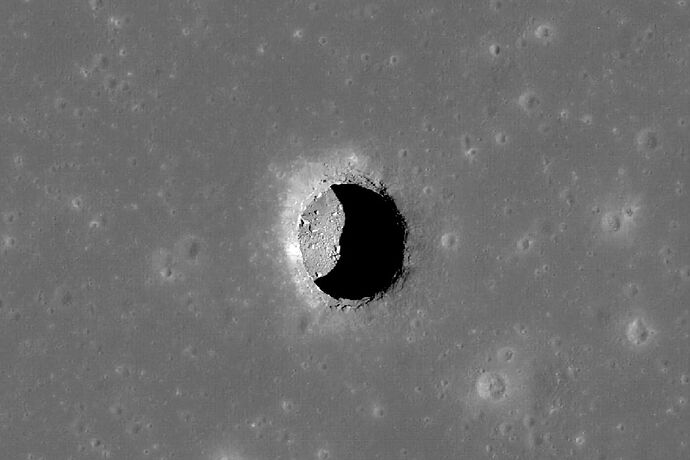 People could potentially live and work in lunar pits and caves with steady temperatures in the 60s.

South Korea to Send Its First Mission to the Moon 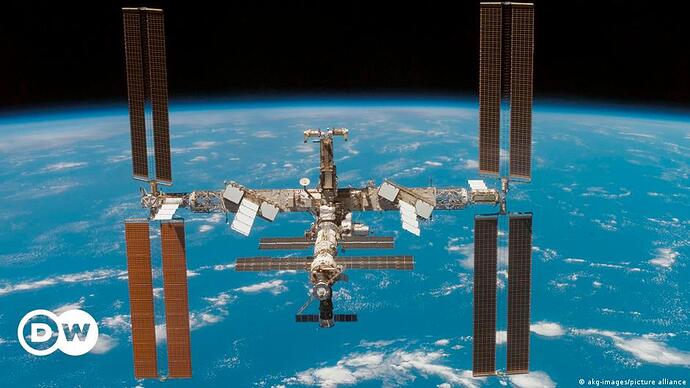 So, Russia reaffirmed its intention to end cooperation on the International Space Station, but that's not the end. They're building their own. China is too. 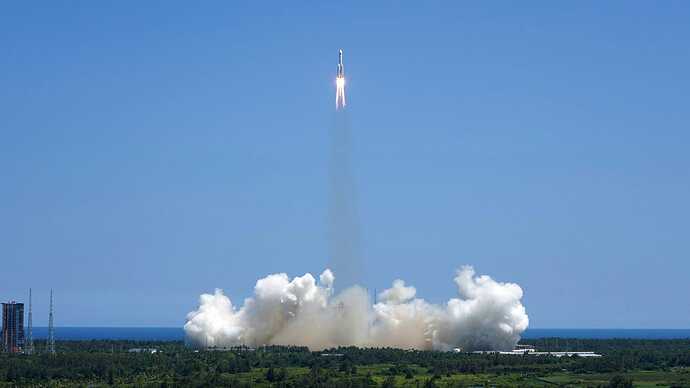 The 25-ton core stage reentered over northern Borneo, but it's not yet known if the falling debris crashed onto populated areas. 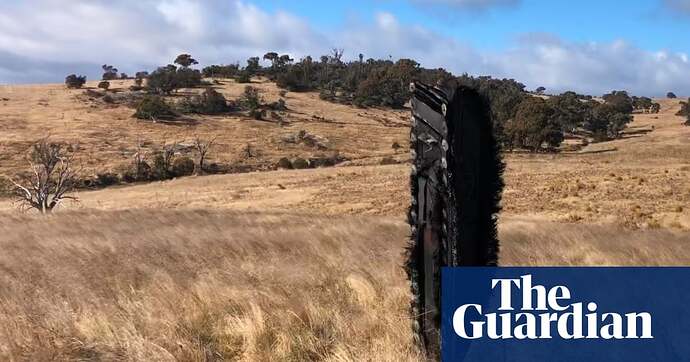 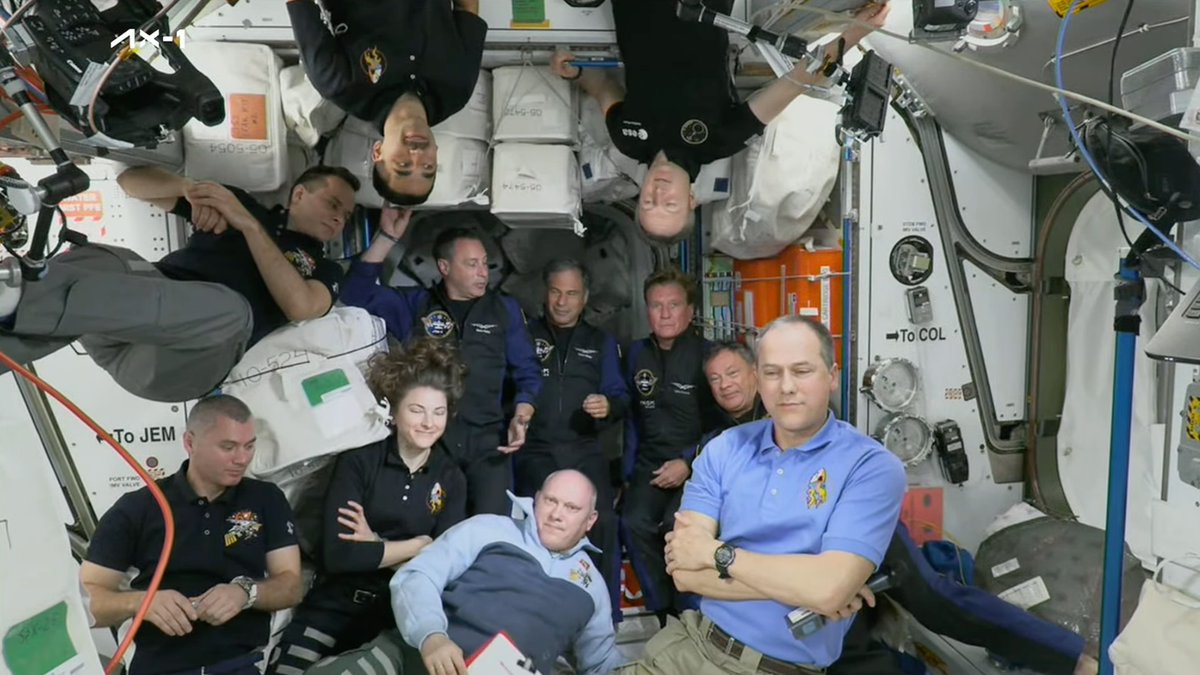 NASA Is Changing Its Rules for Private Astronauts

The changes, such as extra prep training, reflect lessons learned from Axiom Space's recent mission to the ISS. 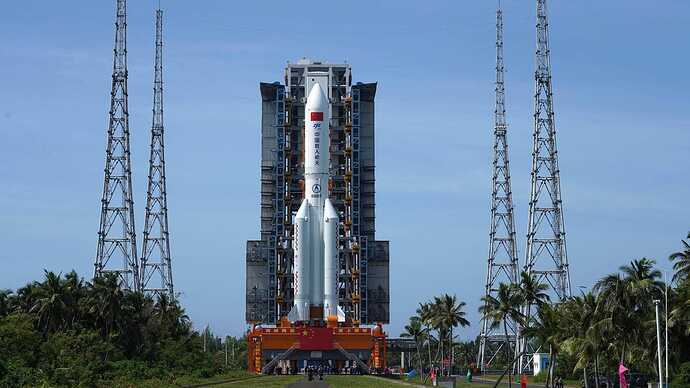 The Long March 5B core stage reentered Earth’s atmosphere on Saturday, lighting up skies across parts of northern Borneo. 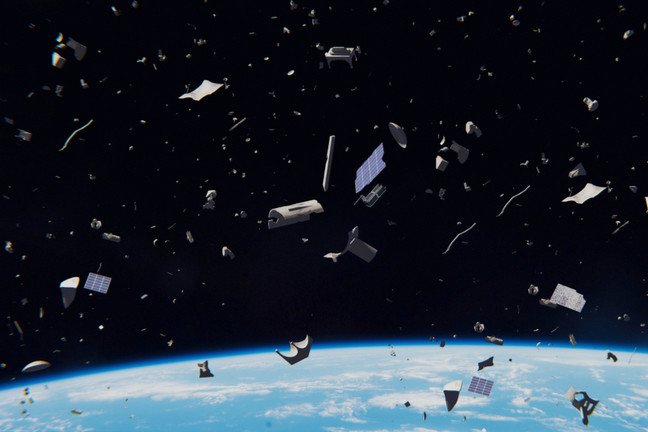 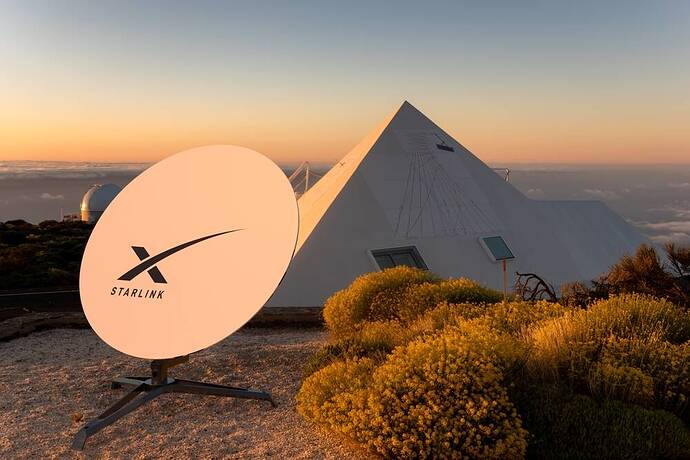 SpaceX upgrades Starlink to reflect less light but no launch

SpaceX’s has big claims that its second-generation Starlink broadband internet satellites will slash light pollution on Earth, but there’s one big catch: they’re apparently too heavy to launch.

The Perseids, which peak during mid-August, are considered the best meteor shower of the year.

ESA declares the Sentinel-1B mission over after payload resuscitation ends 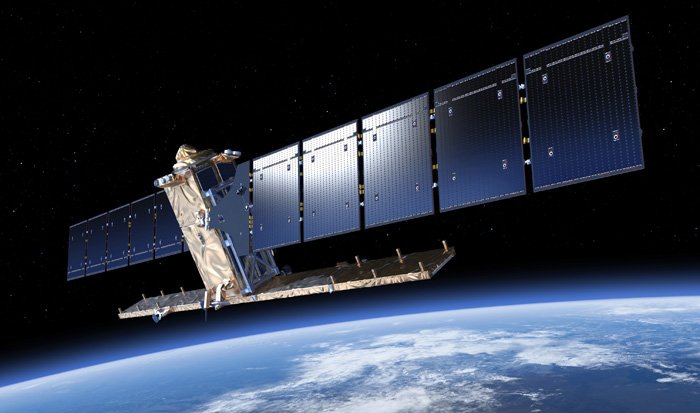 What would you do with an otherwise healthy spacecraft?

ESA has admitted defeat and declared the mission of its Sentinel-1B spacecraft is at an end after attempts to deal with a borked power bus ended in failure.