Nice - but I was hoping more for Mrs. Peel.

I’m not sure I’ve ever seen anyone wearing a “collar clip” before, SW/comics-themed or no. this is a formal item? decorative?

Nice - but I was hoping more for Mrs. Peel. 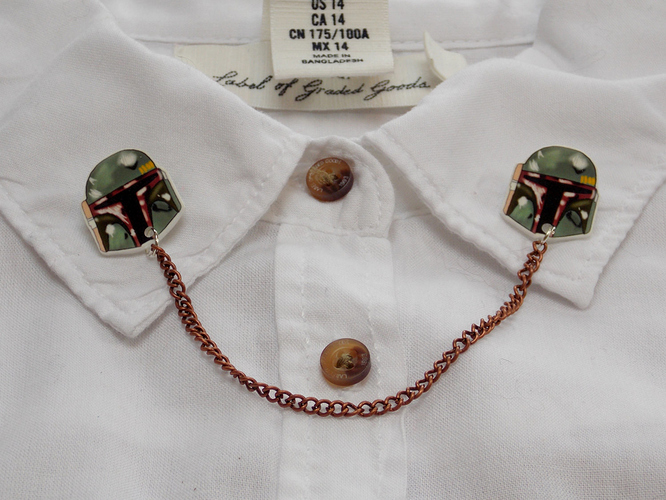 There are no known instances of Diana Rigg in a banana suit. This is the closest it ever gets: 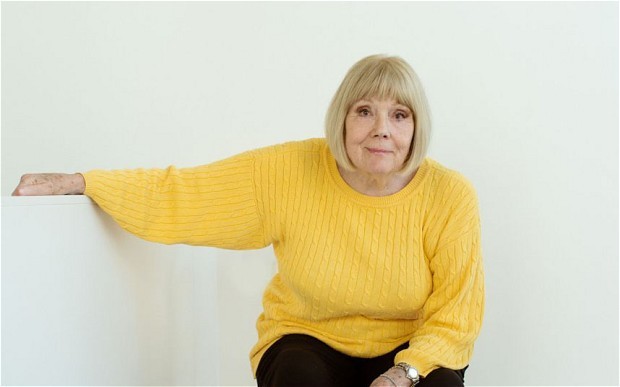 What are those things? Is that a British thing? I think… didn’t Vanilla Ice wear something like that?

Still… it has his face… I’ll probably buy it.

If I wore those, my kid would rip them off in a hot second and bolas me in the head with them like David slaying Goliath.

A mere 2 and full of the devil! But suuuuper cute.

They’re cute so we can’t kill them. I an convince it was an evolved trait.

What are those things? Is that a British thing?

Not to this Brit’s knowledge. Never seen 'em before this BB post.

A strong Gale would blow them off the tree!