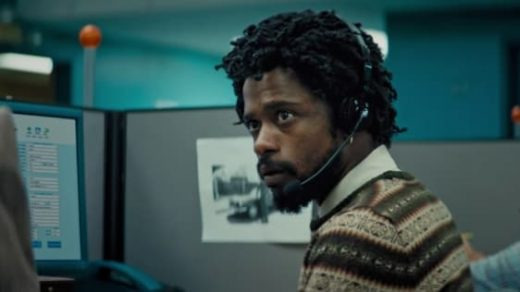 We truly live in a dystopia…

And Sanas does little to remediate this hellscape; it merely puts a filter on it

An uncanny valley filter at that, especially when you hear Mr. Midwest Wonderbread using the phraseology and grammatical constructions of someone who didn’t grow up speaking colloquial American English.

Once again we’re being told that some voices don’t deserve to be heard in America.

I would assume, if this works, that it’ll be used to send even more call centers overseas.

I liked Subnautica Below Zero, hated the PDA’s voice, and hated the designers for incorporating it.

If you listen to Sanas’ demo, it sounds remarkably like the white voice in Sorry to Bother You.

In that case I hope David Cross is getting a decent licensing fee. Apparently the lady whose voice was used as the basis for Apple’s Siri only got paid once for the original recordings, before Apple acquired the rights to the voice.

The demo makes a real person sound like a cold and creepy bot. Well done.

This seems to be a running thread in the tech world–see something presented as dystopian and terrible in media, and think, hey let’s do that.

It sounds like their “magic” is running the employee audio through a speech-to-text routine, then running the text back through a generic text-to-speech one.

If you go to one of their parties, do not under any circumstance, snort the cocaine.

If you go to one of their parties, do not under any circumstance, snort the cocaine.

I’m not saying it’s fake, I’m just saying their demo does not prove that there are NOT two separate recordings we are switching between.
If their demo let me record my own voice, then play it back white(r), I might believe it.

Getting major Theranos vibes from this one.

They developed software that can do this, and this is all they can think to do with it?

I would pay hard cash for an app that could give me, say, a Glaswegian accent for the purposes of prank-calling friends and family.

ETA: or even better that I could sneak on to somebody else’s phone and activate without their knowledge. Like that lawyer who got stuck with the cat filter on a Zoom call during lockdown.

There are people who would use an app like that for racist “jokes”.

Unfortunately, that is very true.

Fun Fact! Scots voices are perceived as more trustworthy (but less intelligent) than “English” English voices. So banks and insurance companies in the UK would hire Scots for telemarketing / service calls.

(Similar phenom in the US South)

Used to work in one of these call centers. Sometimes people would just straight up breathe a sigh of relief and say things like:

Finally, someone who speaks English!

It never felt like a compliment. This is dystopian.

Absolutely! It’s that robot voice that’s going to trigger my pre-existing bias that companies that use shit like that don’t give a shit about me.