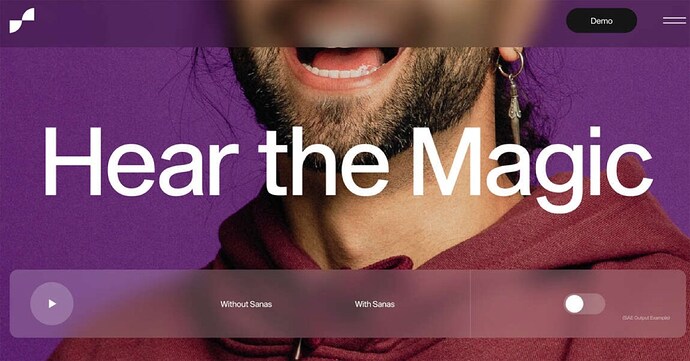 Have you seen the 2018 movie Sorry to Bother You? It’s about a young black man who gets a job at a call center and has trouble making sales until he adopts a “white voice.” A new … 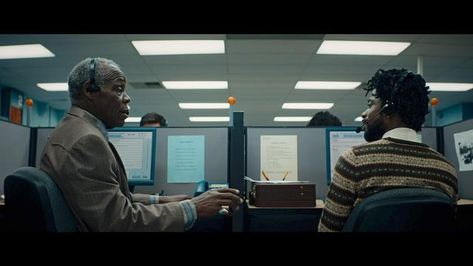 Guess what, you lily-white dipshit? YOU HAVE ONE, TOO. There’s no such thing as ‘un-accented English,’ you’ve just drunk so deep of the ‘white American middle class as default’ Kool-Aid that you can’t even tell when you’re being a white supremacist.

Vaguely related: I had a short stint in my youth working for a company that did the dirty work of getting money out of American health care insurers and into hospitals. As a rule, all the insurers had call centers in India, and getting any data from them required calling the call center. Now, English isn’t my first language and I have just as much trouble understanding some European accents as well, but tech like this, (if marketed differently) would’ve made my life so much easier.
Half the time I had to ask colleagues to translate for me, because I literally could not understand a single word. As previously mentioned, European accents are pretty bad too. Spanish in particular. Like when Mexicans speak English I understand it fine, but when Spaniards speak English I understand on average 60% of what they’re saying. I have several Spanish colleagues now, so I hope I’ll get used to their accents sooner, rather than later.

Basically, my point is, that this could be a very useful tech. However, their marketing makes it obvious they didn’t go into this with sufficient forethought.

At first glance, an ability to transform spoken language in an accent that you can’t understand into one that you can understand sounds pretty impressive. But when they’re using it to make everyone have a “White” voice, I’m immediately thinking “no, no, no, no, that’s is SO wrong”.

It’s really the equivalent of someone saying “we’ve solved racism by developing a pill that makes everyone look White”, it’s wrong in so many different dimensions.

These are a bunch of guys who sit around and talk about other peoples biases. Never once stopping to reflect …

In my industry (Science/Healthcare) I work with people from many countires and backgrounds. Yet somehow we seem to communicate despite accents and imperfect grammer (English is hard and full of stupid rules). All it takes is careful listening, and maybe the occasional question if someone starts speaking a bit quickly (this is true regardless of accent).

Usually someone pretending they can’t understand you is letting their true colors shine. And yes I beleive they are usually pretending, or maybe refusing to think. As a very white west coast Canadian I have encountered this several times (most memorable was failing to order from a menu in Barcelona with 3 items! on it because I accidently used the neighbouring regions pronounciation). I can’t even imagine the vitriol that a call centre worker faces day to day.

So instead of putting the onus on people to listen more carefully and respect eachother in this modern world… We are going to teach them its OK to expect other people to meet your standards? WTF. I have a better idea. “Dont be an asshole”.

Usually someone pretending they can’t understand you is letting their true colors shine.

Yes! Reminds me of people who refuse to learn a name that’s unfamiliar to them. And sometimes even insist on using a nickname instead!

Can it be hacked to make everyone sound like James Earl Jones? Cos someone should totally do that.

Ugh. There’s no excuse for that one at all. Someone tried that on a friend of my wife’s earlier this week, at a doctor’s office, I think. The friend’s name isn’t even complicated (four letters, not that it matters), the person just didn’t try. If I’m not mistaken, hell was raised.

In my industry (Science/Healthcare) I work with people from many countires and backgrounds. Yet somehow we seem to communicate despite accents and imperfect grammer (English is hard and full of stupid rules). All it takes is careful listening, and maybe the occasional question if someone starts speaking a bit quickly (this is true regardless of accent).

I found the same thing happened in the kitchens I worked in. Active listening and asking for clarity goes a long way in trying to understand someone.

most memorable was failing to order from a menu in Barcelona with 3 items! on it because I accidently used the neighbouring regions pronounciation

Because you spoke in Spanish instead of Catalan?

If I’m not mistaken, hell was raised.

YOU HAVE ONE, TOO.

Yeah, so does this software work in both directions? Do the call-centre folk get to hear customers in a locally intelligible accent?

A mistake I did not repeat…

Heh. The truth is that some people’s accents are impenetrable to some other people, and it’s got nothing to do with racism or skin colour. I challenge anybody to make out what my mate Billy Smith is saying, he’s as white as they come, and he’s from the Orkneys off the Scottish coast. I literally had to translate for him in London sometimes.

What makes this commercially important is the number of call centres outsourced to countries with a tradition of speaking English, but strong local accents. I’ve lived (literally 80% of my neighbours are “Indian” for some value of “Indian”) and worked with people whose origins or family origins are on the Indian subcontinent for over 40 years so my ear for hearing through even strong Indian accents is really good but I’ve had people from a call centre in India on the phone where I just haven’t been able to work out what they are saying.

You can make this into an outrage story about racism if you want to, or you can look at it as removing another barrier to success imposed by the same barriers leveraged by racism and lazy western expectations.

They should. Best accent I’ve ever heard was from an 80 year old bloke from Trinidad who shared an art class with my other half, whose 50-60 years in England had had zero effect on his accent. Made James Earl Jones’ voice sound plain and weak.

In regards to the Billy example.

I would argue dialect and accent are very different. And most of us are talking about accents.

If some of my east coast Canadian friends start talking quickly and pulling out local words/slang I can get lost. But if we both speak using the same vocabulary it’s not that hard to understand eachother.

I should add the caveat that I acknowledge there can be legit technological challenges. A bad phone line can make it challenging if someones voice is just the right pitch. For example on my old tv I had to turn on the surround sound system to watch some British shows, or the average frequency of voices got mumbled by crappy speakers. So a program that adjusts tone (not accent) for clarity on low fidelity equipment? That would be nice, but changing how someone sounds to be more regionally friendly just feels wrong to me.