He’s cute and all until he steps on a church.

I still wonder if he is the spawn of the Michelin Man.

I think that is more of a figurine than an action figure.

Wired may or may not allow that displayed on your desk.

The Michelin Man used to look way more monstrous than anything the Ghostbusters had to fight. 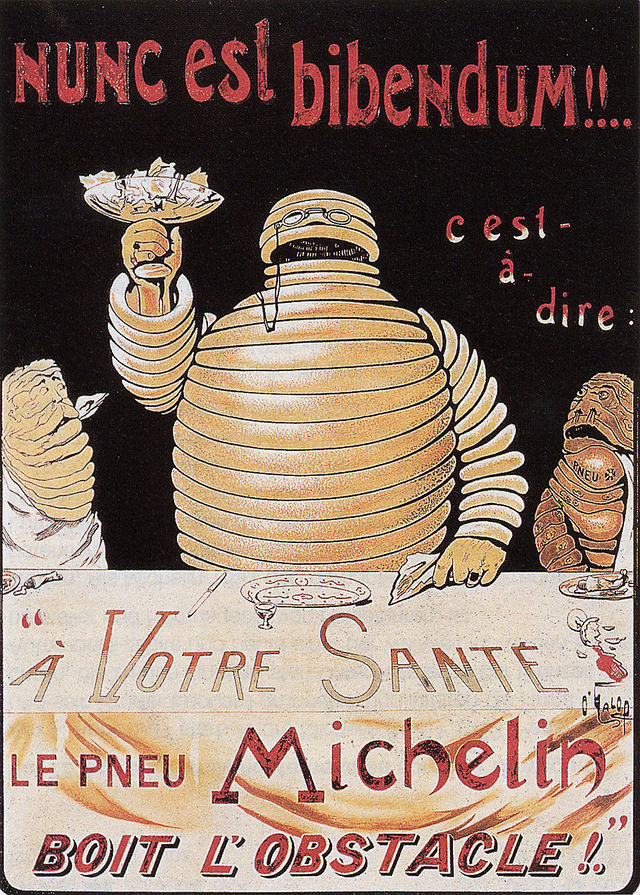 But he was still always white for some reason. I guess the company thought a black mascot would be taking it too far.

Maybe they’re whitewall tires? I can still remember the day I learned expensive whitewall tires were just regular tires with a white circle pained on them, because white is better than black.

Also, the carbon black in the composition gives the rubber a lot of desirable properties. So the whitewall would be either painted on, or a laminated layer, or weakening the tire and grossly limiting its service life - for added money.

Where color does not matter, prefer black plastics. (A rough rule of thumb.)

Tires used to be white. Per Wikipedia:

Early automobile tires were made of pure natural rubber with various chemicals mixed into the tread compounds to make them wear better. The best of these was zinc oxide, a pure white substance that increased traction and also made the entire tire white. However, the white rubber did not offer sufficient endurance, so carbon black was added to the rubber and greatly increasing tread life.

…as well as diguising road dirt.

EDIT: Whitewalls were originally the white underneath the carbon-black fortified outer layer on the tread. The painted/laminated layer came later, as a sort of skeumorphism.

Clicked “show post” hoping this would be something that might work as a desk toy to go with the Iron Man figure I’ve got now but since I don’t like the Funco Pop style realized this won’t work.