Will Wicket become a Jedi or a Sith?

Is the veal stir-fried?

Does the veal come from a baby cow kept in a crate and had a miserable short life?

And was this your card?

The Force awakens with the worst breath of the day.

The carvery, remember your failure at the carvery…

If Wicket became a Sith I would watch it every weekend. With Rifftracks and without.

The title isn’t exactly filling me with a new hope. After the prequels it feels like the original films had an Apple like attention to art direction and concept and the modern films are put together by an ad firm selling a boy band.

Well, I’m not giving up hope yet, though my enthusiasm is tempered by experience. The subtitles never were any good. (Especially A New Hope.) But now we have a new director and a new studio (which, to be fair, has been handling the Marvel Cinematic Universe with pretty good success, if you like that sort of thing), both of whom are painfully and exhaustively aware of all the things we hated about the prequels. Disney paid $4 billion for this property, and they’ll want a maximized return on that investment. They know the kids will see it. They also know that making the grown-ups want to see it, and see it more than once, is the key to maximizing their profit. Abrams is already making many “correct” decisions, like shooting on 35mm film, and relying heavily on miniatures and practical effects rather than an overabundance of CGI. And having Lawrence Kasdan on board is a sound choice as well.

Honestly, if the script is any good at all, it can’t fail to be better than the prequels.

In the original May 1977 release of Star Wars, the opening crawl did not feature an Episode number or the subtitle “A New Hope.” Those would be added with the film’s April 10, 1981, theatrical re-release. 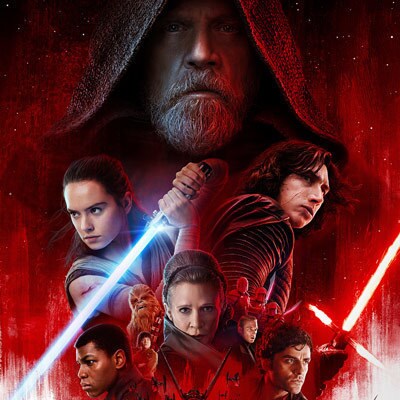 I can appreciate this is irresistible to a forceful majority of fans however I can’t help but think many will remain unmoved by the object of continuing this story-line.

Wasn’t she that second Twi’lek dancer at Jabba’s palace?

Wow. That one surely has a lot of such links in the recent history.

Yub Nub grub indeed! And you simply must try the Skewered Solo…

And you simply must try the Skewered Solo…

A decent choice. Even if the frozen variety is a little stringy and dehydrated.