Thanks! Placed on hold at my library; regrettably two people got there before me.

But… that’s the real cover? Not some kind of joke cover?

I’d love to read more in the vein of On Stranger Tides - when I realized just how much of the Pirates of the Caribbean franchise (the first three of which I adore, though ironically not the namesake film) had been lifted from this book, it was a revelation.

It’s been a long time since I read any Tim Powers. Maybe I should put him back on my list. But I’ve got to say, this cover looks like a lot of the “direct to Kindle” self-published genre crap out there.

Eech! You’ve triggered my squirm factor. The bit where our hero is fighting with the sword with a needle in the grip, grinding against his bones and linking him by blood and steel to his blade; that really made me squirm.

@adamrice and @jgs It is a very strange cover, indeed; almost like this is a rough mock-up for the actual book. I mean Chuck Tingle has way better cover are than this.

The bit where our hero is fighting with the sword with a needle in the grip, grinding against his bones and linking him by blood and steel to his blade; that really made me squirm.

I’d forgotten about that bit.

sword with a needle in the grip, grinding against his bones and linking him by blood and steel to his blade

Powers has used that trope more than once. It’s been a long time since I read The Anubis Gates (my first Powers!) but ISTR someone grounding themselves against magic by means of stabbing a dagger through their foot and into the ground. I doubt those are the only two examples, though I can’t think of a third right now.

I need to catch up on this - I read the first one, which I enjoyed a lot, but did not follow up. I just wish that Powers would revisit the (tangentially connected) world of Last Call again - I still think it is his strongest book.

I also wish that James Blaylock would write another Bulumnia book - they are a balm to the soul.

Fafhrd and the Gray Mouser were obviously ahead of the game; using copper chains to earth themselves against magic missiles.

Grounding shows up in a lot of his stuff - the Carbonari in the Stress of Her Regard use it and I am sure it appears elsewhere too.

I was amused/horrified to learn that the exact same beliefs are a thing now in the “wellness” community from the Oh No, Ross and Carrie podcast.

The cover for the audiobook is much nicer, and it is read by Bronson Pinchot?! That might be worth a listen! 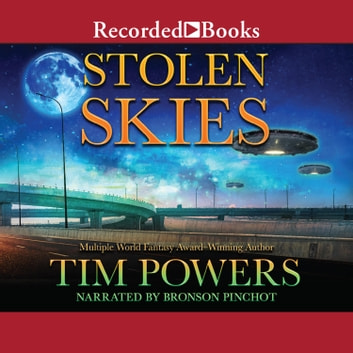 Tim Powers is now published by Baen, and their covers have been notoriously bad for many years, to the point where tacky covers are part of the brand. Some, however, are worse than others (although their choice for the worst has died of link rot).

To be honest, I thought the covers for the previous two books in the series were not that bad by Baen standards. This one, though, really is awful.

There is always the option of the Subterranean Press signed, numbered limited edition ($300? I forget) 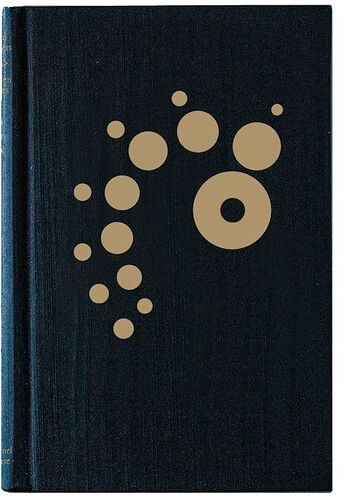 ETA: also has the advantage of ACTUALLY being non-fungible!

My eyes! My eyes!

(DuckDuckGo finds hits for their choice for the worst, and it’s bad, oh plenty bad, although not as bad as the runner-up for my taste. Still, with so much badness it’s an embarrassment of riches.)

Normally a new Powers book is an instant purchase for me, but I did not love the second book in the series: Book 1 explored a lot of the same “PK Dick but with ghosts” that Powers does well, but the second book seemed like just rehash, and would have benefitted from changing the point of view (and hero) to the kid… but then it’s not a Castine and Vickery book. I still think I’ll wait for paperback before buying.

But… that’s the real cover? Not some kind of joke cover?

Powers is published by Baen these days, and Baen books are required by law to have awful covers.

His work, however, is stellar. The cover can be cheap crap.

His work, however, is stellar. The cover can be cheap crap.

Oh absolutely! ‘Declare’ for one completely blew me away.

One of the two favorite fiction books of all time. Roadside Picnic is tied.

The cover for “Alternate Routes” was by Todd Lockwood, and wasn’t bad, and he can turn in some really amazing work (The covers for the “Memoirs of Lady Trent” by Marie Brennan). I haven’t seen this title yet; the actual physical book, so I’m don’t know who the artist is (could be Kurt Miller or Dave Mattingly), but sadly, there are some decent artists who just phone in their work for Baen.

At least it looks like the text isn’t embossed in metallic ink!