Is this ship still stuck?

You know that ship, the one possibly still stuck in the canal. Is it still there? Find out that, and really only that, at this website.

Is the ship stuck?

Partially. It has moved, but it's still there.

saying its bow is still “dead stuck” in mud.

I wonder how much this cost the Suez Canal Authority and the ship operators waiting on the Ever Given, and whether the Egyptian government or the container ship’s owner, Shoei Kisen Kaisha will be on the hook for damages. Does insurance cover canal blockage?

If the ship’s operator doesn’t pay up, I have a feeling that they’ll have to take the long way (as in, around Africa) next time.

At the beginning of the canal, Egyptian adds their own canal pilot and crew to every ship. They are responsible for piloting thru the canal. Whoops.

And here’s why it was almost inevitable that the Suez Canal would get blocked like this sooner or later. 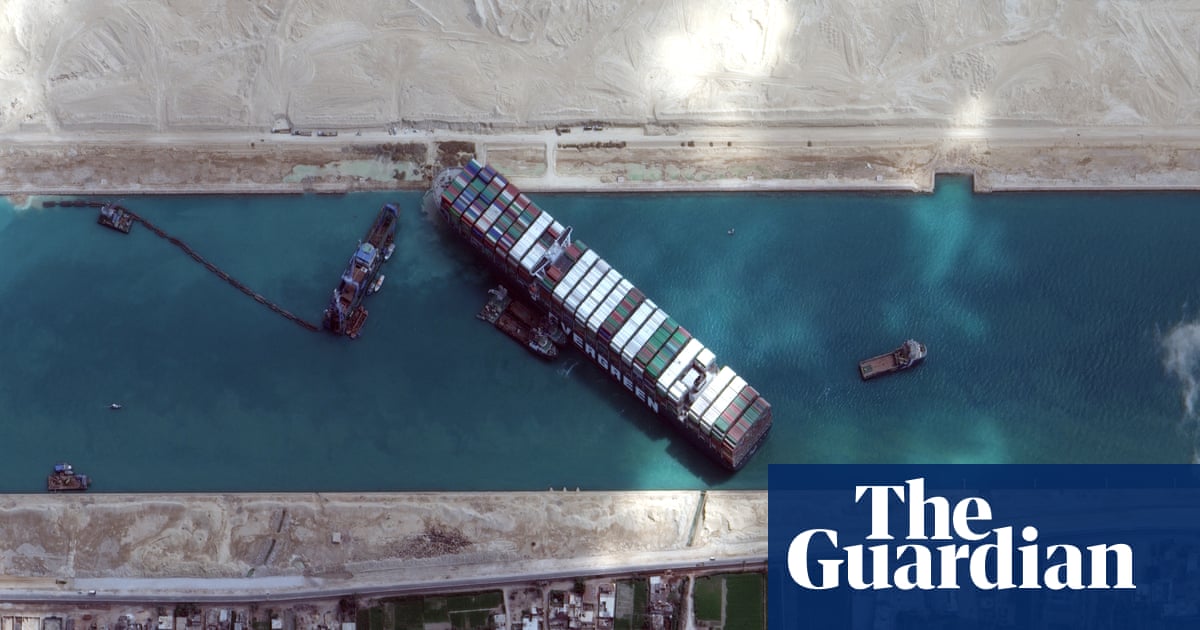 Analysis: As ships have ballooned in size, worst-case scenario was flagged up by organisations such as OECD

It’s only a quarter of the length of an Imperial Star Destroyer, a mere 400m. It’s not that big!

13 Likes
How can civilian spacecraft be so heavily armed in most sci-fi settings?
anothernewbbaccount March 29, 2021, 12:27pm #9

Yeah, granted, but an Imperial Star Destroyer can get from China to Europe as the crow flies.

To say nothing of the girth.

Regardless of whether this one ship can move yet, can any other smaller ships move through past it?

It’s only a quarter of the length of an Imperial Star Destroyer, a mere 400m. It’s not that big!

I keep looking for reporting on canal dredging and maintenance. From the pictures, it barely looks like there’s enough space for one ship in that section of the canal between sandbanks on the sides. I mean, the canal itself barely looks wide enough for another ship to pass this one headed the opposite way. Reducing that even farther to a center only channel seems very limiting. Do they only run one way at a time in that section?

an Imperial Star Destroyer can get from China to Europe as the crow flies.

As a falcon flies surely.

Ships never pass in opposite directions in the same lane.

I think it’s time to call in an expert. /s

From the pictures, it barely looks like there’s enough space for one ship in that section of the canal between sandbanks on the sides. I

Only the middle of the canal is deep enough for ships. It’s not like small urban canals with walls that we may be familiar with; the sides are just sand and the slope is very gradual

At least the front didn’t fall off.

Oh Boy, my thoughts and prayers arrived just in time.