In other words, it’s twice as easy (and almost a surefire success) to train a cloned guide dog or bomb-sniffing dog than it is to train a bred dog for the same work.

My reading isn’t that it’s twice as easy to train a cloned dog, but rather that you’re twice as likely to end up with a dog who is an eligible candidate for training in the first place.

Nice try, but you can’t fool me, that isn’t a clone; it is a dog with two heads, eight legs, four ears, two tails, and two bodies! 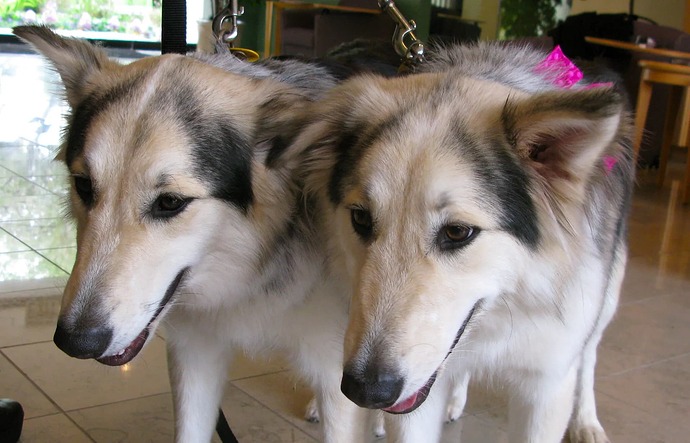 Link is a This American Life episode where they cloned a beloved bull, and the clone was violent and had none of it’s predecessor’s good qualities. 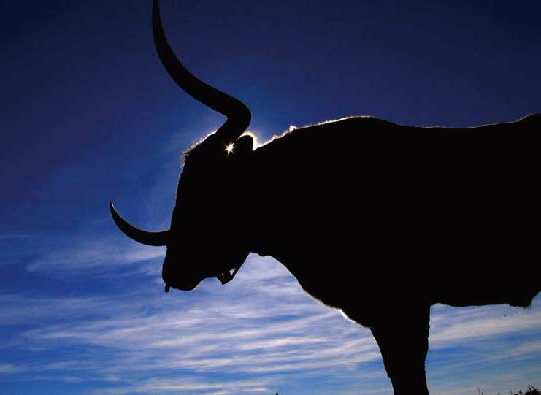 If By Chance We Meet Again - This American Life

Ralph and Sandra Fisher, who run a show-animal business in Texas, had a beloved Brahman bull named Chance.

There are always ethical complications and concerns when it comes to both dog breeding, and cloning in general. Add some eugenics into the mix, and yeah, there’s a lot going on here.

I could see someone gene editing a low priced dog that would start to experience health complications blamed on the cloning process, only for there to be an expensive repair-patch that would prevent a horrible and completely preventable death to a loved family member.

Link is a This American Life episode where they cloned a beloved bull, and the clone was violent and had none of it’s predecessor’s good qualities.

Listening to that story felt like an audio only version of The Twilight Zone. Honestly, if I were to love an animal so much that I went through the effort of making a Ghola, no copy would ever live up to the name like a modern day Twinkie not being the same thing.

Hmm, that seems generous, but I’ll take the researchers’ word for it. 100% of the reason we don’t have a dog is because I am deathly afraid of adopting an idiot/barker/biter. Actually, I’ll take idiot as long as it’s the harmless idiot variety. I could see this becoming a very desirable process for pet adoption. Any ethical quandaries must be dwarfed by the reality of puppy mills.

I’m also reminded of the Buffy episode where Buffy is brought back to life, she’s not OK. and eventually reveals that she had been in Heaven, and the Scooby Gang brought her back to a much worse place.

Who’s a gestalt boy? Yes, you are!

100% of the reason we don’t have a dog is because I am deathly afraid of adopting an idiot/barker/biter.

In that case your safest bet is to just adopt an adult dog so its personality is a relatively known quantity.

I’m generally in favour of genetic science such as GMO food (currently keeping the world from starving to death), retroviral disease treatment, etc. However a large scale service dog cloning operation seems like a bad idea. Purebred dogs are already rife with genetic disorders- bad hips, sinuses, ears, etc. Every breed has some chronic genetic issue that is the result of hundreds of years of inbreeding.

Cloning is only going to exacerbate this problem by thinning diversity even more, and we’re gonna end up with a bunch of poor sick doggos who didn’t ask for this.

A population of cloned dogs wouldn’t neccesarily have the same sort of genetic weaknesses that a population of highly inbred dogs would. Breeding a dog with close cousins/siblings brings out recessive traits that are disproportionately seen in inbred vs. outbred/hybrid populations, but cloned dogs wouldn’t neccesarily have those. As far as susceptibility to disease, if a bacteria/virus were able to evolve to explot a genetic weakness in a cloned dog, all that dog’s clones would have the same weakness. Developing cloning technology could help preserve varying varieties and pedigrees of dogs, in the same way seed banks help preserve botanical diversity.

In that case your safest bet is to just adopt an adult dog so its personality is a relatively known quantity.

Did that and it bit my child’s face within the first 48 hours.

Like his entire face inside the dog’s mouth; the only reason it didn’t draw blood is because the force of the lunge made him fall off the couch backward and out of its mouth before it could dig in.

And no, he wasn’t pulling its ears or trying to ride it or anything like that. Just a pissy asshole who was used to being pampered and wanted to be the baby and have the couch all to himself. This was a dog that was well known and selected by his godmother, a veterinarian who specializes in pairing rescues/older adoptions and has worked with everything from tigers to purse dogs.

Yikes. Sorry to hear that.

Yeah, it seemed like a perfect situation. I’d love to have some sort of way to know that a dog wouldn’t turn violent, but at this point I’ve kind of lost hope.

An individual cloned dog shouldn’t have the same potential for enhancement of dangerous recessive traits, but long term having cloning alongside breeding could result in less diverse and adaptable gene pools.

Oh good, this should solve the low-wage worker shortage in 12 to 14 years.

If all we did was clone a handful of varieties of dog, yes, but there’s no reason or incentive for people to do that. People like a wide variety of dogs. Maintaining a tissue/cell library of known varieties of dog and not depending on extant dogs is the opposite of monoculture, it’d allow no biovariability to go extinct, and would allow you to choose crossings of dogs with hybrid vigor.

I’d love to have some sort of way to know that a dog wouldn’t turn violent, but at this point I’ve kind of lost hope.

I think this is the only way to be sure - and if I’m wrong, grab the batteries. I’ve had dogs as a kid, and cats as an adult. It’s always a risk, because even those with a good temperament can change over time or in an unusual situation. Of course this option isn’t close to the real thing - just cuddles without the care and feeding. 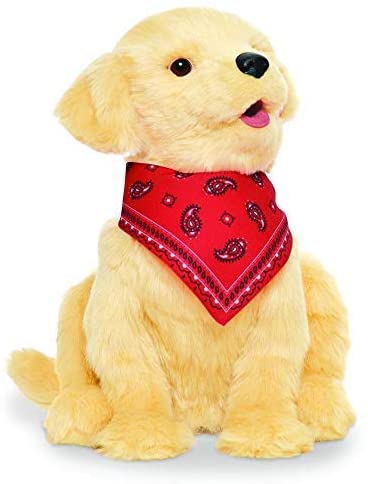 Want to know more about the famed Joy For All Companion Pets Pup? We take a closer look to see if it lives up to the hype. Get valuable insights and deals here.

Thanks for mansplaining high school biology to me. There’s a reason we don’t have Gros Michel bananas anymore, and that’s the genetic weakness that I was alluding to.

I can see some unexpected issues here when gramps is already a bit senile and his dog Skippy finally dies. Yet just a day or so later here’s ol’ Skippy looking fit as a fiddle and gramps is left scratching his head and his ass. Skippy old dog, tell me how you did it, one day you’re buzzard bait, the next you’re ready to play fetch again. Could be an issue there.