Originally published at: Substack fires editor in "retaliation" for working with high-profile writer who switched to rival Ghost | Boing Boing

UPDATE: Hamish McKenzie has admitted that Substack fucked this one up, and has agreed to pay out the rest of Thielman’s contract. 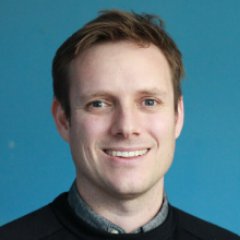 @hamishmckenzie
Having reflected on this and spoken to Sam, I do think we fucked up here. It’s on me. We’ve talked to Sam and we’re paying him the full value of the affected contracts. We’re sorry to Sam for overstepping.

Although his characterization of the events do not at all gel with Thielman’s:

@hamishmckenzie
We ended the freelance contract that Substack was paying on behalf of the writers, but that’s all. Sam wasn’t banned from the platform or anything like that. Still… twitter.com/samthielman/st…

I hate—HATE—discoursing about my job, but I thought it was important to note that @SubstackInc took away all my freelance work with them because that was the only way they could retaliate against @attackerman for moving FOREVER WARS to Ghost. https://t.co/PhzYto1f5B

We’ve talked to Sam and we’re paying him the full value of the affected contracts.

Or they could, like, just reinstate those contracts? Presumably their writers wish to continue working with him?

Maybe Sam decided he no longer wanted to work for people who, even if they later admit it, could get it that wrong to start with.

and has agreed to pay out the rest of Thielman’s contract.

I knew Substack was going to end up being the anti-free-speech platform as soon as they started signing up people like Greenwald, Weiss, Taibbi, etc.