There are some things in life you can ignore and safely assume they’ll eventually leave you alone. Fascists and their enablers, like cancer, most assuredly are not amongst those things.

Once again, the only reason Marjorie Taylor Greene lost her congressional committee assignments in 2021 is because people called public attention to the hateful, ignorant garbage she was saying and doing.

If everyone had tried to ignore her she would now be in a position to cause even more harm than she already is.

Kill it with ‘fire’… 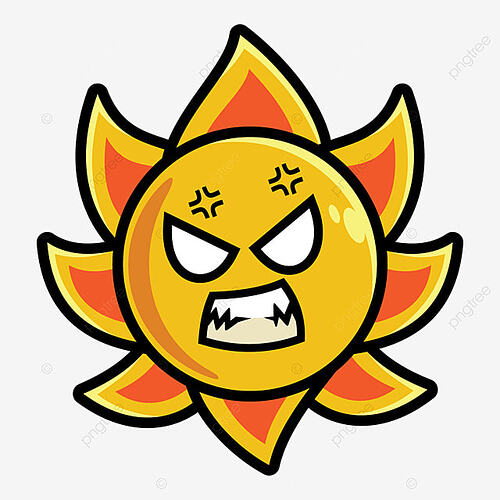 My god if my ignorance of future harm was enough to stop the worst people in the world from advancing I’d gladly take one for the team, jump off a bridge, and save the world with my lack of comprehension.

Selfishly, I can benefit from my own incidental privileges and look after my mental health by ignoring reality… up to a point. I hardly see it as a moral virtue though. Rather just a recognition of my personal limitations and the exploitative and emotionally draining nature of the media.

And yet here we are, giving this raging dumpster fire more oxygen.

And yet here we are, giving this raging dumpster fire more oxygen.

Your cliched response deserves another in return: “Sumlight is the best disinfectant.”

We keep highlighting what a garbage human he is until his show is gone. As long as he has a platform to spew hatred, he’s a problem that needs addressing.

I’ve said this a million times and it remains true - ignoring bigots, especially bigots with a platform, only allows it to grow and spread, because silence equates to acceptance. We stand up to this shit or we let it get EVER WORSE than it is now… this is how we got Trump, by pretending like it doesn’t exist, rather than actively pointing it out and explaining, in clear terms, that it is wrong.

IGNORING CANCER DOES NOT MAKE IT ‘GO AWAY.’

We keep saying it until people get it…

being transphobic is still socially acceptable and profitable

And we need to make it not so much by pushing back against it every chance we get.

I’m sure if we just keep ignoring him harder, he will behave, Spotify will drop him, and he will join a monastery.

And monkeys will also fly out of my butt.

Ignore fascists at your (and your neighbors’) peril.

The value of Spotify dropped by about a quarter, likely due to this issue. Yes, Joe Rogan is more famous now, and some will like him more, but a misbehaving company losing 25% of it’s value is a good return on the investment of people discussing his dumpsterfirehood.

Yep and while more assholes might glom onto him, it’s going to be just that much harder for him to play his enlightened-bro centrism card.

So - I should ignore your advice?

Am I doing this correctly?

Not going to ignore any of them, but also not giving them free SEO. I’m glad for every headline working without mentioning their names over and over and over again.

Name them if necessary or helpful. But not for the clicks.

Is it really a failure when news outlets and boingboing can’t wait to repost the videos and tell the story?

Is it really a failure when news outlets and boingboing can’t wait to repost the videos and tell the story?

Good point. I promised myself that I would never click on a Trump related article again after the election. I’ve failed, but will now renew the effort.
Here is a link that I’m actually happy I clicked on today: How Wanting Less Leads to Satisfaction - The Atlantic

Hmmm, i guess if you keep wanting little enough, it won’t be hard at some point to satisfy your desires.

I think so. If someone is going to say racist, fascist things, I certainly don’t want them to be controlling who gets to hear their message. If they are, they can opt to speak honestly only to their devout followers while the rest of us remain in the dark about their true opinions and goals. Until it’s too late.

Long, long ago like in the 1970s, there was a push to downplay the media coverage of serial killers and their ilk so as to reduce the number of copycats. Not sure it ever worked, either at reducing coverage or killings. That push might be behind some of the calls to stop giving more attention to the likes of MTG. Alas, it really is necessary to call attention to those who left reality and yet managed to become elected officials.

Rudy can talk all day long for all I care, I just wish people would stop paying him any mind.

ETA (after having post moved from a different discussion): OK point taken! I just feel like Rudy is “case closed,” thoroughly proven who he is. He’s old news, I’d like his legacy to remain “washed up”

It just absolutely amazes me that there are still people who think “ignore them and do positive stuff” is still a viable option. We would LOVE to ignore them, but they are the people who are holding us back on every kind of progress. It doesn’t matter what it is- disease control, civil rights, the environment, fair wages, universal health care, sane gun policy- on every fucking issue that actually matters it’s essentially the same group of assholes fighting tooth and nail to prevent civilization…