Urban Dictionary definitions are amusing, and a interesting starting point for research. 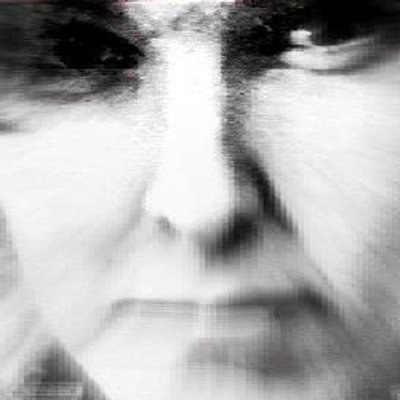 For what it’s worth…

“But fuck it, let’s speak frankly, no bullshit, most of the left hates me even though I am supposed to be one of the world’s leading communist intellectuals.”

In fairness, he is really easy to hate.

Leaders are for people who don’t know what they’re doing!

I am the world’s leading communist intellectual, and so is my wife.

FWIW, my take on the Zizek/Chomsky debacle is two erudite people arguing about the ways in which they feel it most appropriate to put into language, very similar concepts.

Zizek has a better sense of humour, though, so he wins.

The Guardian framed it as a classic confrontation between the continental and analytic traditions, which rather makes sense. I’m still holding on the hope – a hope usually associated with college sophomores – that the two traditions can be reconciled and integrated, that in fact such an integration was implicit in Marx’s work.

My sense is that the important question in contention with the two, referenced in that cartoon I linked, is whether the basic working of the system is obvious to most people or not. I’ve heard Chomsky say, in interviews, that it’s only middle class intellectuals who are trained to accept the prevailing ideology and who are astonished at his arguments and rush to defend the established ideology of US imperialism when he questions it; but working class people understand him immediately.

I think Chomsky’s got a valid insight; my sense is that middle class people are, in fact, disciplined in much the way he describes. However, it still takes a lot of effort to figure out what’s really going on. Like Marx said, “If there were no difference between essence and appearance, there would be no need for science.”

I used to walk past Chomsky’s door at MIT when there on business, and sometimes see him in there. I was always tempted to drop in and say hi, but I didn’t want to bother the guy when we were both busy. It seemed probable that either we’d have nothing to say, or wouldn’t get any work done. And Kendall Square was out of my way so I had to try to get out of there as quickly as possible.

Interesting article but as always they come so infinitely close and get no cigar. But perhaps that is smoke I smell?

I’ll summarise to the best of my ability.

Chomsky would state that he has a method which allows an empirical conjugation of reality. Something which Zizek would be inclined to rubbish, given his conception of the fundaments of reality. He criticises Chomsky’s contrariety (and I sure agree about that criticism of Chomsky) by using examples of the reality of virtuality.

Now, if one is to use empirical encapsulations, one must provide concrete examples and surely, predictions. The Foucault example in the article is certainly better stated than I could ever summarise so I’ll leave that be. Chomsky draws little of my attention and I would break my head upon the rock of his contrarianism if I were to try cracking it, I’m sure.

The following quote is, whilst being central to the ‘debate’, really funny and deprecating by the author: (IMHO)

For Žižek there is no finished human nature, but rather simply a process of working out how human beings are in the world. At the core of this argument is a question of whether the word “real” is spelled with a capital letter or not.

He is of course referring to the three ‘realms’ (my own take) of ‘real’ that one encounters in Lacanian psychoanalysis. Remember these terms are about reality, not necessarily about the perception of it. That’s why I love the Lacanian oeuvre so thoroughly; the asymptotic approach to a never fully stated or real-ised quasi-transcendental encapsulation.

If you can be bothered, and it will bother you (at least, it should), watch this Zizek video, it is fucking awesome.

Summary if you cant be bothered. (Taken from my notes and a quick watch through of the video and as such, containing, no doubt, many errors.)

Real-Virtual.
Real effects, generated by something that does not yet fully exist. The virtual.

How does this relate to psychoanalysis? Consider the trauma experienced by a child. The experience of a child of some sexual experience which is inculcated by the trauma of an event which cannot be understood but nevertheless warps the basic functions of reality that the adult, grown from the child, constitutes. The fields of mind twist the persona around them, given some real, underlying reality which informs and constitutes the being without being realised.

Now why do I think this constitutes a quasi-transcendental conception? The toy model of which we constitute ourselves, of which we are not necessarily constituted, must be thrown away if we are to take the discoveries of psycho-analytic traditions into account. The shadow falls behind us, yet we can theorise it’s reality without ever contacting it, merely by noticing its affects through analysis.

To Zizek, the vrtual-ness of reality is primary then; why does Chomsky take issue? His empiricism?

Now to Chomsky, what are his criticisms of Zizek?

Notice Chomsky’s turn to an avalanche of empiricism, data to mitigate theory. Encapsulated in this paragraph:

As the reader can easily determine, Žižek provides not the slightest evidence to support his charges, but simply repeats what he has probably heard – or perhaps read in a Slovenian journal. No less interesting is Žižek’s shock that we used the data that were available. He “totally rejects” this procedure. There is no need to comment on a remark that gives irrationality a bad name.

Gives irrationality a bad name. He could easily be a successful comedian with that kind of call back. He understands and even notes Zizeks clowning subterfuge. Calling out Noam Chomsky for being empirically wrong is a red rag to a bull. And will probably always fail.

At least they maintain a sense of humour in their criticism of each other, Chomsky’s grasp of facts, Zizek in his understanding of the encapsulation of his proposed theoretical framework.

If Chomsky thinks he can transcend ideology by proving its ineffectiveness with counter examples to it’s proposed efficacy, Zizek hopes to undermine it’s reality through attribution of virtuality. A near bhuddic interpenetration of reality with mind; but using psychoanalysis instead of meditation and Koans. (Which, ok, Lacanian psychoanalytic art asymptotically approaches. IMHO).

Disclaimer: LOL, this is a mess, I am exactly one beer over the magick pintage and might be mangling things (more than usual).

Edited for speelings. back to the beer!

I wish I could do so well, with or without beer. Thanks, that was interesting.

Nevermind what Silicon Valley thinks of women, what the hell is Newsweek thinking?

To those involved in the “Sup Marxists?” thread that wanted to know how Critical Theory was inculcated in to popular culture… yea, this is how.

Most everything in popular culture is designed to bestow upon you a cynical opinion of your culture. 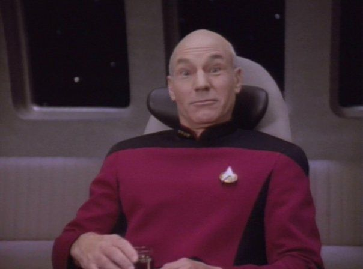 Honestly, I thought most everything in popular culture was designed to be popular.

I’m actually surprised that Star Trek isn’t the touchstone for the anti-Cultural-Marxism crowd. A multicultural, multi-racial, (multi-species?), gender-blended intergalactic bunch of feel-good cosmo-anthropologists living on the bleeding edge of exploration, constantly having their understanding of what culture is and can be challenged with every new planet. Finding and documenting exploitation, power dynamics and finding ways to broker understanding and protect the weak. Using their own life experience as a lens for understanding others, while constantly being taught that there are perspectives that they can’t possibly already have…Picard you dirty critical theorist…

See, the thing is, I agree that popular culture is “designed” to bestow a cynical attitude. (“designed” in scare quotes because as @decree notes in the original thread, popular culture isn’t designed - but it does have the function of making people cynical) The population at large having a cynical attitude benefits people with power. Cynical people are not energized people who fight for change, they are the kind of people who call into the radio talk show to say that it’s not worth voting for any of the current parties and that they are voting no in the referendum on election reform too.

But that’s not what @TrollsOpinion said. He said that popular culture gives you a cynical opinion of your culture. I think in order to unpack that idea I would have to understand what my culture is. Let’s see, I was born into a Christian family and celebrate christmas even though I’m a confirmed atheist (so consumerist orgy with no spiritual significance). I’m white and speak with the “news anchor” accent so I see people who look like me and sound like me everywhere I go. I wouldn’t say I’m rich, but I don’t have trouble making my mortgage payments, putting food on the table, and keeping relatively up-to-date with my technology so there is a vast swath of people who could hardly be criticized for saying I am rich. Yeah, my culture is popular culture.

Popular culture does have the function of making my cynical about itself, of course, so I guess he’s basically right.

Certainly, I choked a bit when I tried to digest what Troll means by “popular culture.” Is it the same as Pop Culture? Are we talking US national or regional? East or West, North or South (or flyover for my homeslice downstate IL). What about the Pop Culture of Norway, or Japan, or Liberia, or Latervia - are they all equally cynical? Have they all been co-opted by the proponents of Critical Theory? Obviously, I’m thinking the assertion that all pop cultures are equally cynical is a bit overstated.

Relatedly, I’m getting excited about the book club project. There’s people participating from Finland, Australia, Hollywood, New Zealand, San Francisco, Brits-in-Exile, and I’m sure elsewhere. It will be interesting to see what sort of pop culture baggage will need to be unpacked as we discuss the same text.

But I think in our case the antipodean cohort actually are Brits-in-exile, anyway. 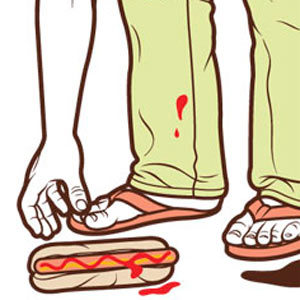 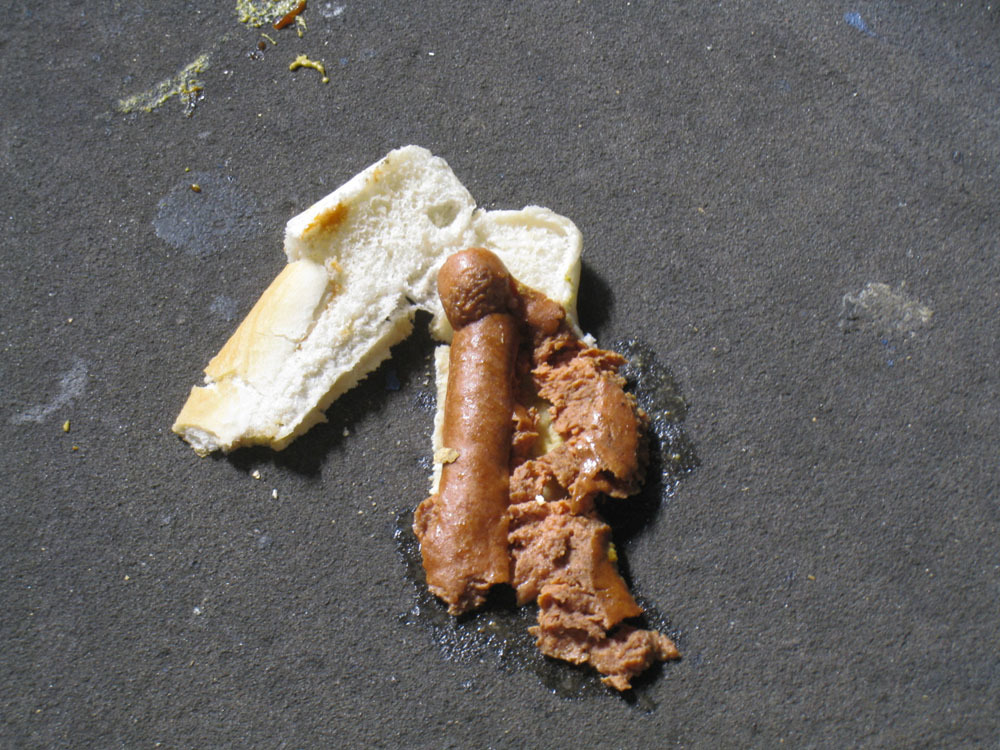 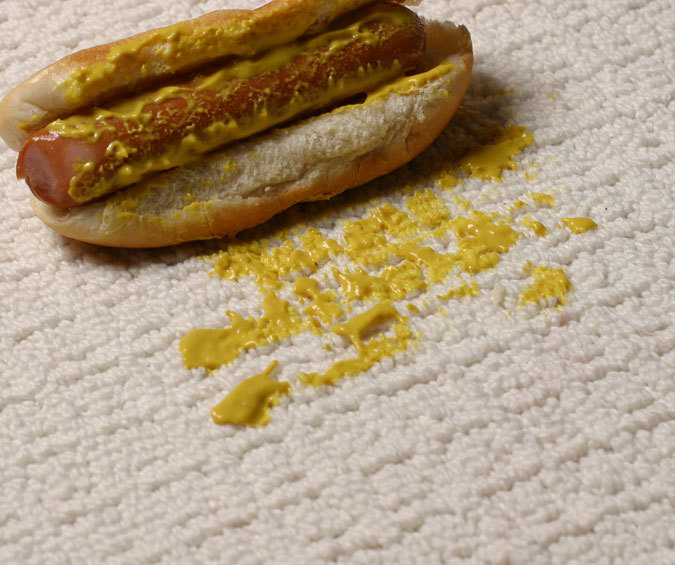 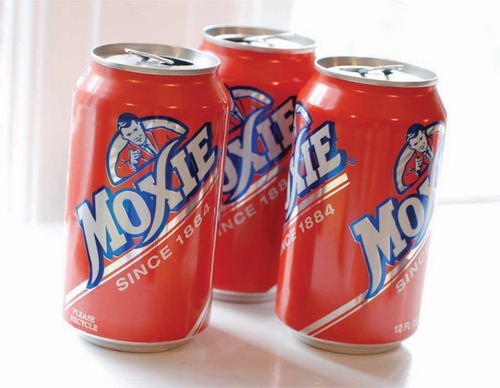 It’s not that I don’t believe that some elements of pop culture or pop conciousness aren’t designed to make me cynical about my culture. Surely, that exists.