Heroic Juche Warriors do not need to ask questions, Citizen.

Oh, then you’re looking for this:

Continuing the discussion from Do you want to play questions?: Post answers. No questions. No statements. No Interjections. No Comments. #ANSWERS ONLY we are not playing Jeopardy; all answers must be in the form of answers; anything in the form of a question with a question-mark at the end will be flagged as off-topic

On Jeopardy, the answers are questions… bitch.

There’s too many of these damn specific action threads! I need a piece of software to organize all this stuff!!!

Wait!!! This isn’t the question thread? What’s wrong with me???

It isn’t? Where should we start, товарищ? 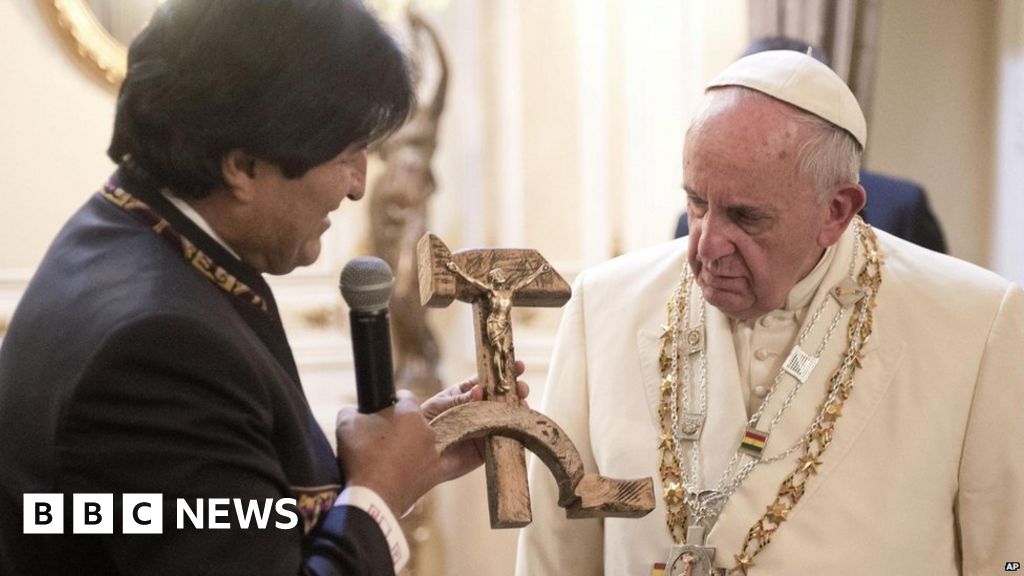 A crucifix sculpted in the shape of a hammer and sickle given to the Pope upsets some Catholics, but the Vatican downplays the controversy. 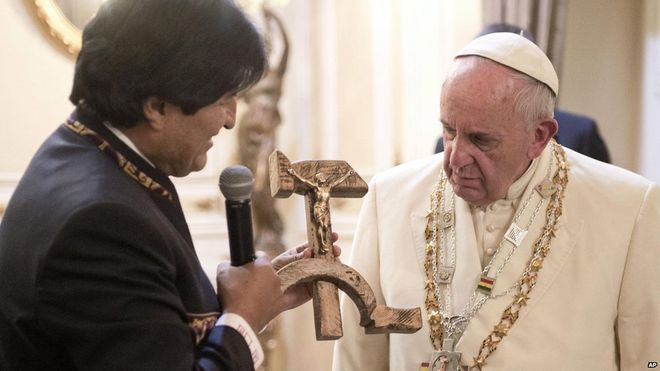 I doubt if anything much will come of the following nontroversy, apart from the usual vague speculations of “ooh-er… Communism?”

This bit I found amusing, characterising the unfavorable reactions:

There was also anger on the Facebook pages of the Catholic News Agency.
“One cannot simply combine Communism and Christianity!” wrote one user.

I was surprised to read that there has been a significant history of Communism & Christianity (it even sounds like a breakfast cereal…). Apparently Marx and Engels had themselves studied writings by and about US Christian communes of the 18th and 19th centuries and considered them as being recent agricultural models. I was reading a book this year (The Shakers: Two Centuries of Spiritual Reflection) which got into detail and suggested interpretations of Christian theology and tradition which are quite rigorously communist indeed. In a dialectics-of-mystically-sublimated-materialism kind of way. Also there have been numerous monastaries and wandering ascetics going back through to the first century.

Now, if people were going to complain that Stalinism or Maoism are incompatible with Christianity, I would tend to agree. But communism did not start with Marx, and I am surprised that many Christians are supposedly unaware of their groups long history of living this way.

Oh, man, I need dis as a 3d print for my girlfriend’s birthday. She is such a guilty ex-catholic pinko. It’d be perfect.

I just saw this pointed out on Twitter, and I think it’s a nice connection to the traditional Boing Boing interest in intellectual property law. 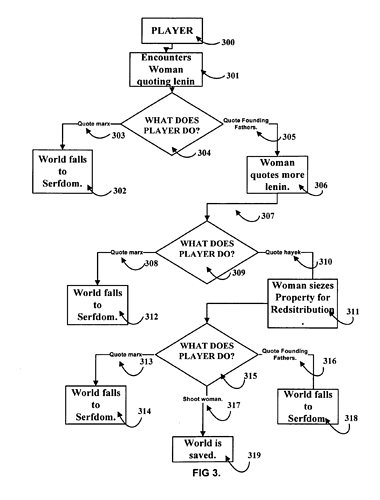 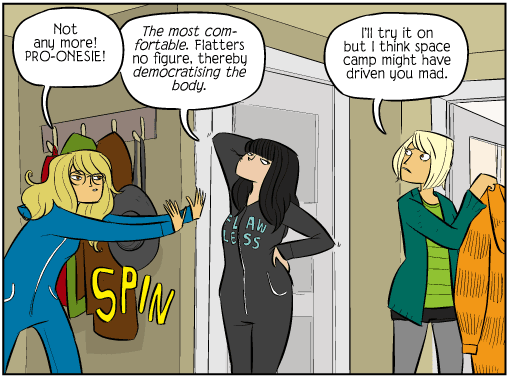 Have you seen THIS:

Stalin, cannibalism, and the true nature of evil.

How much should the cannibalism count? How should we factor it into the growing historical-moral-political argument over how to compare Hitler's and St ...

There are those like the Postmodern sophist Slavoj Žižek
who argue that Stalin’s crimes were his aberrational distortion of an
otherwise admirably utopian Marxist-Leninism whose reputation still
deserves respect and maybe a Lacanian tweak in light of the genocidal
reality of Marxist/Leninist regimes. But can one really separate an
ideology from the genocides repeatedly committed in its name?

I think I’ve seen some critiques of the book. The article is awful.

What an elucidating discussion - is fascism or communism worse?

How about murder is bad, and making a murderer the leader of your country is a bad plan.

The problem isn’t that communism causes genocide, it’s that anyone who would lead a revolution is a very bad person to have in power when the revolution is over.

Even if you are right, that inequality makes you a terrible person and a monster as a leader.

I think a better question is whether our current leaders in the US - and to a lesser extent in Canada - is worse than Hitler and Stalin. That might sound offensive - many fewer people have died - but what is our excuse, at this point, for not knowing better? What is our excuse for voting for these people?

Oh yeah, historical lessons or no, we’re still just heaps of shit with vague sense organs flailing towards the light. How about: communism, fascism, capitalism, who the fuck cares, just make sure you kill a rich person on your way out (see above for how that makes me a monster).

How ya doin’, comrade!

No, the article came out in 2011, and I don’t think it’s satire at all. I’d guess it’s got more to do with the far right in Eastern Europe. Obviously, there were brutal dictators who committed horrors while claiming the name “comunist”. But, the numbers of deaths the author claims are ludicrous. 100 million? The current population of Russia is 143 million. And, there are macabre descriptions of things that are physically impossible. No, cannibals can’t eat themselves.