My guess: this conservative majority Supreme Court will rule against transformative use and for the plaintiff, largely because they’re against community use and for individual ownership.

Which in this case might just be backwards positive for this individual artist, who should at least get a cut of something this strongly based on her work.

Of course, such a ruling would make a mess in many other cases and could have a strong negative impact on free speech in general. Which this conservative court will not care at all about having to sort out. If another case comes out of it, they’ll just rule however the hell they feel like on that one too. Without recourse to precedent, impact or common sense except as is useful to rationalize their pre-determined intent.

Feeling crabby today, see how this prediction stands up.

Happy the Supremes are getting to all that hard work, next up on the chopping block is our Constitutional Rights, all of them.

“Warhol went on to create 16 silkscreen prints, which have generated hundreds of millions of dollars in revenue for the Warhol Foundation.”

If people weren’t using these screen prints for money laundering and tax evasion, they’d be using something else.

I dunno - it IS transformative - but it is also illustration based on reference material. When an illustrator takes their own reference, or uses a reference but changes to that you no longer recognize the person being used, then it is 100% ok.

Some of the other stuff is grey area for me. I could see a photographer getting upset where the original photo is the clear bases for the work - work that goes on to make millions.

Pop Art has a long history of criticism of this - “borrowing” too much from existing works. Lichtenstein’s giant recreations of comics panels being an example. Now personally, I love the Pop Art movement (though not really a Warhol fan). The point of the movement is that everyday “low brow” pop culture art is also art. But I see the plight of these photographers.

With this court, I predict the ruling will be whatever removes the most existing rights of individuals, and benefits corporations.

It’s a plot to rule that Obama was retroactively not president, since he trampled over artists rights to get there

Which way do you think that might work out with this case in particular - for, or against the plaintiff?

Figuring out the possible details fascinates me a bit. I guess it’s my sports.

I once encountered a friend working on his laptop. He greeted me, I greeted him back, and asked him what he was working on.

He said, “I’m writing an eight-page paper on Andy Warhol.”

I replied, “Can’t you just write two pages and print them up in four different color combinations?”

He said, “I’m writing an eight-page paper on Andy Warhol.”

I replied, “Can’t you just write two pages and print them up in four different color combinations?”

Better still, just pay somebody else to write the two pages and make the prints, and put your name on the thing just before you hand it in. Any honest teacher/professor should recognize you understood the subject all too well.

Honestly, if Andy Warhol just signed copies of the original photo, that would be sufficiently transformative, because his signature turns it into an “original Andy Warhol” when before it was just a print of a photo, maybe worth a $30 or so. Which is much of Andy’s point.

Not too many other artists could make that case though. 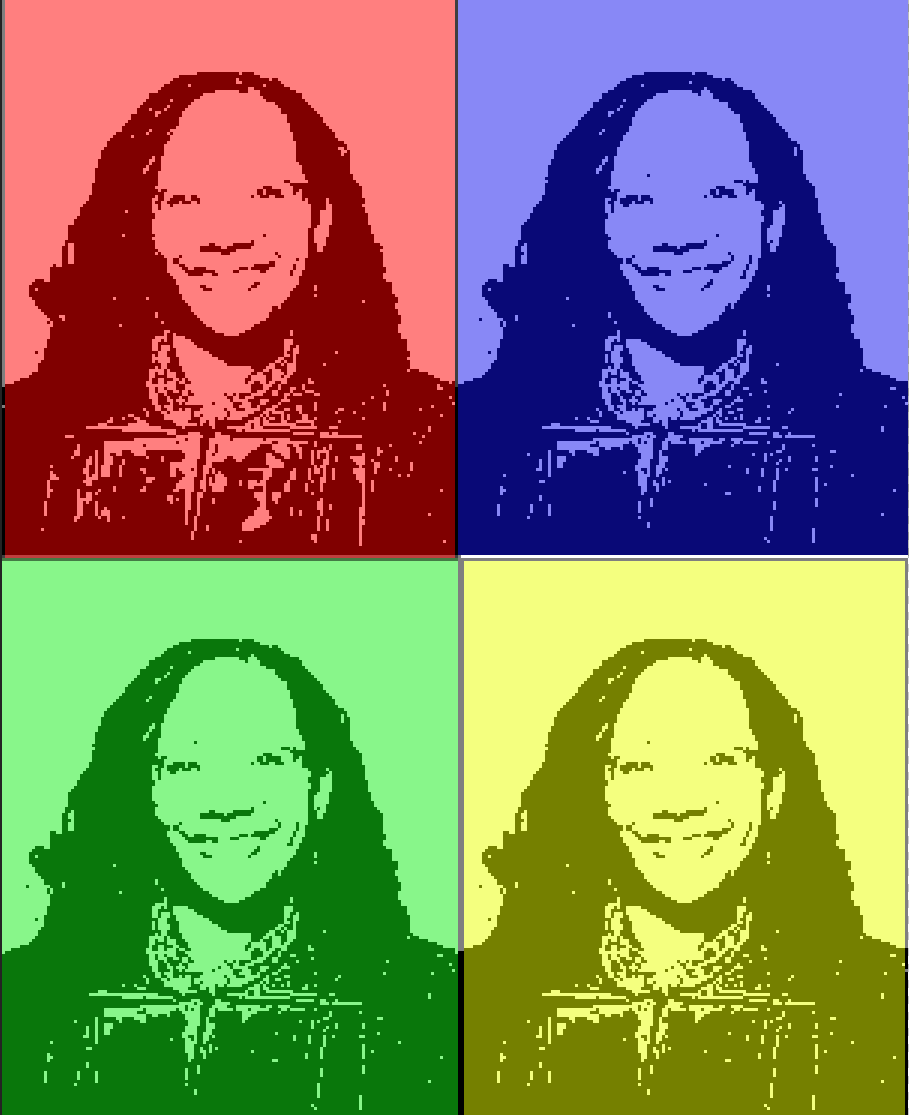 I guess I’d say whoever has the most money wins. In this case, the Warhol guys.

I’d also venture that the decision will be written in a classic republicorporate “pull the ladder up behind you” method which somehow excuses corporations from liability for copyright infringement of individual works in the first place.

But I see the plight of these photographers.

What plight? The only time the photographers are harmed is when people purchase the art when they otherwise would have purchased a copy of the photo that the photographer would receive royalties for, or if the existence of the art otherwise negatively impacts the photographer’s ability to sell/license their work. In the case of transformative artwork that’s almost never the case. And when it brings more public attention to the original work then it can actually serve to make the original more valuable to the photographer.

But we didn’t get a definitive answer in that case because Fairey fucked up his legal defense by lying about which photograph he’d used as a reference (don’t lie in court, kids). Once he was found out he was more or less forced to agree to a settlement before the court ever ruled on whether his use of the image was sufficiently “transformative” to count as fair use under existing copyright law.

Yeah, he settled. But it is a very similar case where his work was transformative, but also clearly taking from a photograph, and he made a lot of money with it.

And when it brings more public attention to the original work then it can actually serve to make the original more valuable to the photographer.

If only you could pay your bills with “attention”.

Look, I get transformative art. Everything is derivative. Collage, sampling, and parody leans heavily on taking parts of something and making it new. Illustrators often use references to get things to look right. Commercial artists will straight up swipe art if they are in a hurry.

In the cases of Fairey and Warhol - they both made a lot of money using a professional photograph they did not take as the basis of their art/illustration. On one hand you could argue the transformative art is now worth more because of the extra work put into it and its popularity. But at the same time, one could argue this work wouldn’t even exist or be in a different state if it did not have the original photos as their base.

I think in the case of Fairey and the HOPE poster, it was more transformative than Warhol’s. With Goldsmith’s photo, there is little change between the grayscale image and the black-ink screenprinting, but there is also the violation of the licence agreement. Goldsmith licensed the image to Vanity Fair for one-time use, not a collection of screen prints. It will be interesting to see how the Supreme Court rules on this one.

there is also the violation of the licence agreement. Goldsmith licensed the image to Vanity Fair for one-time use, not a collection of screen prints.

That is a good point. This picture was provided by the photographer to the magazine for a specific purpose and wasn’t a photo that was already widely published and available to the public.