Survival tip: How to make a sandwich bag fire starter

Very interesting. With my luck, I’d be trying to start a fire at night. Worst case scenario is when you’re stuck where it is dark, cold, and damp.

Not a bad solution if you don’t have any Drew Barrymores lying around. 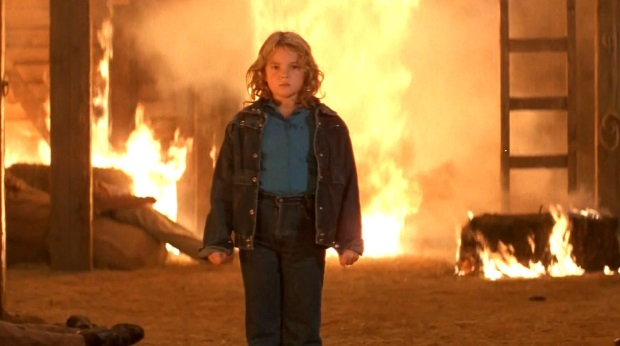 It doesn’t have to be a zip-loc bag; any clear plasic baggie will do.

BTW, if you are able to plan ahead: the lint from a tumbler dryer is excellent kindling. As are the sort of mushrooms that grow on dead wood if they are dry.

On a bright, sunny day, I’m not going to need a fire.

When I need a fire, it’s dark and cold and wet and windy. Believe me, I know, I’ve fallen in a river on a solo trek when the temperature was 35 F (2 C) and it was sleeting. I had had the forethought to stash firewood on the near bank before attempting the ford, so had a fire going in minutes.

Oh, by the way, soak that dryer lint in petroleum jelly. First, it won’t get wet. Second, the petroleum jelly burns hot, and will catch your kindling better. Also, flint and steel will still strike a spark just fine after taking a dunking in a river. Matches won’t. Even “waterproof” matches will likely need to be dried some. Lighters are dodgy when wet. Also, it’s hard to work the wheel on a lighter when you’re shivering. Striking a flint uses more gross motor skills, and is easier in such conditions. Finally, have your flint and tinder on your person, because when you go in a river, you might need to ditch your pack to swim.

wait 'til the TSA finds out that a ziplock can start fires.