As a Swede, I tend to wander through IKEA thinking to myself “I can’t believe foreigners don’t complain about all these (to them) nonsense-words and demand proper translations. Is it some kind of ‘exotic appeal’ thing?”
And I find foreigners trying to pronounce these names to be cringe-inducing on multiple levels.

But then probably French people think exactly the same thing about the stereotypical fancy restaurant menus.

I think half the appeal is that it sounds cute to the English speaker’s ear. 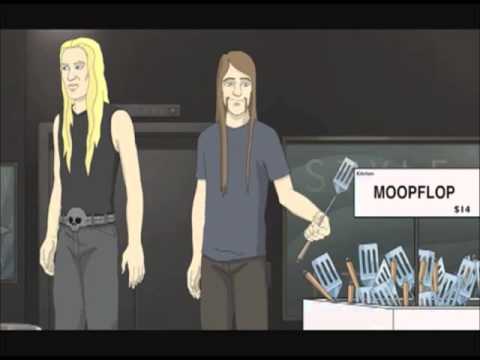 Aside from IKEA names frequently being visually or (in probably not correct pronunciation) aurally pleasing; I think there is a fairly general acceptance of product names being fairly meaningless.

Trademark law creates an incentive for even nominally English names to incorporate a painful misspelling or some nonsense, since that can be a trademark where a pure description cannot; so it’s more a question of ‘does it grate horribly on the ears?’ and ‘can I use it to unambiguously locate what I seek?’

IKEA names seem to score pretty well on the former(sometimes better than the twee dreck that crawls from the bowels of startup branding hell); and while they aren’t terribly helpful for the latter, IKEA’s catalog and stores are generally considered reasonably helpful; and I don’t think they commit any grievous sins like reusing the same name for different products at unpredictable intervals.

Also, at least from a quick look at this dictionary, it seems like at least some of the names wouldn’t be much more informative if translated. The knowledge that 'Bertil" is apparently a human name doesn’t make the fact that it is a chair pad any more self-explanatory; nor does knowing that ‘Basisk’ is a statement on pH tell me why it is a ceiling track light(the catalog’s description “Ceiling track, 3 spotlights, nickel plated, white” is not a translation; but it’s effectively what one would want from one).

If all the original names were utilitarian and highly descriptive; not having a translation would be a problem; but they don’t seem to be; and the descriptions are provided in the local language.