Taco Bell’s Mexican Pizza is back 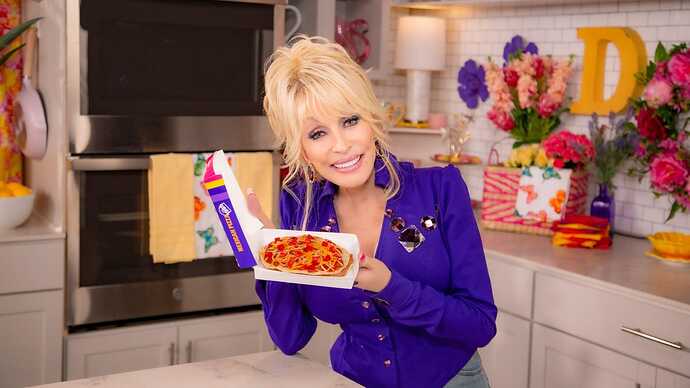 Mexican Pizza: The Musical is set to premiere September 15

Dolly and Doja Cat together. Mrs Peas is pleased.

Good. Now give me back the Chilito and the caramel apple empanada you cowards.

Let’s see: crisp tortilla, beans, meat, cheese, tomato, gosh if only there were some other way to get these ingredients from the Taco Bell menu during the absence of The Pizza.

Got my hopes up with the headline thinking they returned it to the menu a week early. Gypped!

And the Seven-layer Burrito.

Double decker taco for me. Such a gem IMHO. And much like everything else, all the ingredients are there and can’t be THAT hard to make. It’s basically just a hard taco wrapped in a soft shell and a layer of refried beans.

Now we just need to get them to bring back the spicy chicken burrito.

How can you trust a business that has no clue how popular (or not) its various menu items are? I mean, it’s tracked by computers.

There have been all sorts of supply chain issues this year, I would suspect that those issues were part of the reason Taco Bell couldn’t get enough ingredients together to ensure they could meet the demand.

The could have said that, though, instead of: 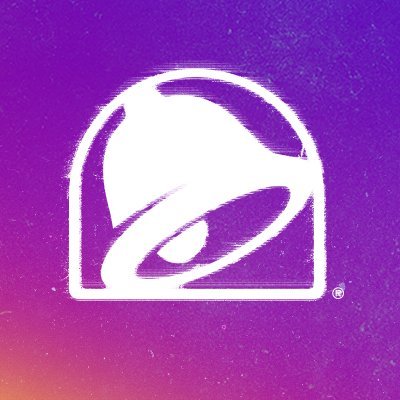 @tacobell
Turns out we underestimated how many of you love Mexican Pizza. 7x more than we expected, to be exact. We are working as fast as we can to restock Mexican Pizza ingredients. We’ll need some time to replenish our supplies, but when it comes back, we promise it’s here to stay.

Unless that’s some BS marketing troll action. Which I’ll admit is a strong possibility.

If Taco Bell moves you artistically, this is a journal for it. 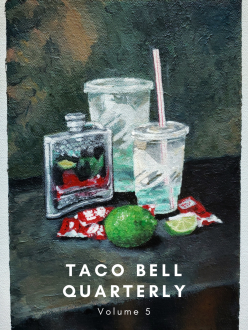 As someone who is in fact a south of the border person, i feel obliged to plead, plz don’t condone this.

There are plenty of local places with better food than TB thinks it has.

In all seriousness, shouldn’t it be Italian taco?

There are a couple Taco Bell restaurants in my area, all of which are closed while undergoing serious remodeling that includes new exteriors with fancy facades. Which leads me to wonder: is the shape of the building really that important to selling “34% meat”* tacos?

* I have no problem with vegan tacos, or plant based proteins being added to the food. My only beef with calling them “beef tacos” is when the actual beef makes up less than half of the substance being marketed as beef. Because in that case they’re just veggie tacos with added beef flavoring.

Word to the wise: that phrase has fallen out of favor in polite company in recent decades since its etymology is based on a derogatory name and stereotype of the Romani People.

And the Seven-layer Burrito.

Although the 7 layer was always a crap shoot — when made properly, it was delicious but more often than not the layers weren’t folded properly and instead of ending up with 7 layers all the way through, you’d end up eating all the beans in one bite, lettuce in the next one, etc.

I also really miss the double decker taco supreme. I was sad when that went away.

Fucking Taco Bell. It’s like they revel in continually removing the things from the menu people actually like.

That being said, I’m thrilled the Mexican pizza is returning. I’ve largely given up meat and getting that (sans beef) makes for a really tasty meal.

A Taco Bell near me used to have a regular “Champion Of The Week”, recognizing an employee who’d done an especially good job. Their name was put on the store sign and they got a bonus in their paycheck. While I think fast food employees deserve to be paid more anyway the fact that this store’s managers (who could regularly be seen sweeping, cleaning the bathrooms, or just helping out) understood that every employee was worthy and deserving of respect really showed.

Yeah, bringing back the Mexican Pizza is nice but I wish that Taco Bell had been used as a model for all the others.