The former latchkey kid inside me hurts for the children of helicopter parents.

she left and turn on the location-tracker until she got home, which reassured both her and us.

That is the thing - trusting the children with the ability to turn it off. We have the Apple equivalent and the power to turn it on or off rests with the children (or the adults since they have reciprocal access to our location and we can turn that off).

Now I know that will not work with all families but having a scheme that does not give any trust is going to increase people’s desire to bypass it.

Also remember to teach them how it works and how to bypass it if needed.

I’m mentally calculating how many years until my kids are teenagers… 3 years, 6 years, and 6 years respectively. This is on the horizon now.

I am happy the dangers of social media and smartphones are taken a bit more seriously these days, both by society and tech companies alike, so the needle is moving.

Meh. In my teenage years we did that with disks and BBS accounts (Yay for HAM mode on Amigas), and good 'ol magazines.

I’m not a parent and I don’t intend to be, but I was a latch-key teenager, as were most of my cousins my age, and we mostly managed to turn out ok. I wonder if that will be true for helicopter-parent-kids or if they’re just going to move their lashing-out and teenage angst into early adulthood instead. 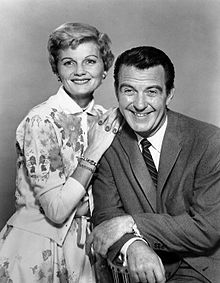 “Are we the baddies?”

I realize how essential phones are to a teen’s life but I’d simply leave the damn thing home. Want me to carry it? Take off the f*cking stalkerware, mom; otherwise, NO DICE. Luckily, my mom IRL would have been quite horrified by the idea (yay mom).

Doing something like this merely trains your child how to ignore everything you say even faster than they inevitably do anyway. You’re not going to know about many actually important things in your child’s life, because they simply won’t tell you; who’s going to trust someone who doesn’t trust them at all?!

This is more about the users and how they use it. A parent micro managing is going to micromanage no matter what.

Our kid’s phone has location tracking on it, and it makes her more independent not less. She’ll go “downtown” for a few hours and instead of having to check in all the time she’s fine. A free range safety net, not a control tool. A good example is when she’s late getting back, we’ll just check that she’s making progress, instead of wondering if something bad happened.

We don’t have any alerts or active monitoring. Someone has to deliberately check. And we don’t obsess over it. Which also means there’s no pushback on it. It’s open conversation. It’s about the parenting, not just the tools.

I realize how essential phones are to a teen’s life but I’d simply leave the damn thing home.

Yes, obviously; if the teen can’t leave the house without their phone, either through parental edict or through personal dependency then that is a different and deeper problem.

Two other solutions are don’t buy a smartphone at all, or buy your own phone and don’t put the app on it. (My son opted for a non-smartphone, but he was no-phone-at-all most of his teen years and seems to have survived it.)

As a friend of mine liked to say “those of you without kids have no idea what kind of vacation you are on” and this is deeply, profoundly true.

The former latchkey kid inside me hurts for the children of helicopter parents.

On the one hand, the trends of modern parenting sound like an Orwellian parody to me. On the other hand, when I think back to the crap I got away with in my laissez-faire childhood, it’s a minor miracle I didn’t wind up dead in a downtown alley or backwoods river.

I honestly think this is a large part of the popularity of Stranger Things. In addition to general 1980s nostalgia, it’s a window to what being a kid was like before parents and the world in general lost their fucking minds.

A free range safety net, not a control tool 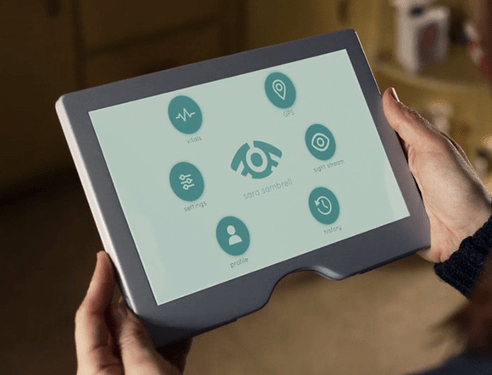 My boyfriend and I use it to automatically arm our alarm system and put the thermostat setpoint to away. It has fantastic integration with IFTTT.

As @mmascari points out, it is a tool and largely dependent on the parents. I think back to how often I was left out at the bus stop in sub-zero freezing winds in the 70s, and kind of wish I’d had a smartphone so I could have taken selfies of my suffering to send to them.

reminds me of when the biology teacher would ask me to bypass the filters.

eventually some other teacher told me they’d have me removed permanently from the machines if i kept bypassing the filter to play a flash jezball clone in the library, and i had to be all “uh if you do that it’ll generate a formal report and none of the teachers can get around the filter for legit reasons without a 2 week turnaround from IT”

and thus, my access to the orbs was maintained.

during all this i used to go to the mall or pool, i just kept a quarter in my wallet in case i needed to call home. my dad taught me if anyone tries to do anything i should gouge the eyes or balls, whatever is closer

kids today are cctved, tracked, chipped, and bugged but probably more likely to get raped or murdered because the idea you should punch an adult who touches you without permission is as alien to them as a rotary phone

If my parents had had this shit, or some other capability from the pre-digital age, I would have burned their fucking house down.

I presume this app needs a constant internet connection to be able to monitor the kid. My kids have nothing to worry about since I’m too cheap to pay for a data plan.

Yeah, my kids can do a lot of things behind my back (and possibly do), but that’s something I leave to them to take the initiative to do.

Maybe I’m not properly preparing them for life as an adult by not having this app. They may be surprised and unprepared when their future employers are going to have the same capabilities.