Texas to allow unlicensed carrying of handguns with no background checks

Originally published at: Texas to allow unlicensed carrying of handguns with no background checks | Boing Boing

For people of color too?

If the Dems could get off their asses and follow that “well regulated” part listed in the Constitution, this sort of nonsense and stupidity could be beaten back. Of course that requires Manchin and Sinema do more than act like power hungry neo-cons and vote to remove the filibuster. So, nothing will happen. I’ll be avoiding Texas for the foreseeable future.

The NRA moves to Texas, files for bankruptcy after legal trouble in New York

The National Rifle Association is moving to Texas and restructuring as a nonprofit after filing for bankruptcy among legal trouble with state authorities...

The NRA moves to the promised land of guns, guns, guns and more guns.

Not so cushy for Officer Punisherskull.

I can’t imagine why they’d be nervous.

Though opposed by gun safety groups, police and most Texans, Gov. Greg Abbott says he’ll sign it into law.

Of course he will. Republicans will always choose pandering to ammosexuals over respecting the popular will and listening to experts.

Between a power grid held together by chewing gum, the abortion ban after 6 weeks, an AG under indictment filing lawsuits attacking other states’ elections, and massive Covidiocy, Texas is really speeding headlong into Mad Max territory.

Maybe its time to consider selling it back to Mexico (with long leases on Austin, Houston & Dallas).

I mean, this is kind of like those restaurant “dress code” rules. It will be selectively enforced to the benefit of white people, and selectively abused at the detriment of POC’s. Every time cops shoot an unarmed black or brown person they will have the excuse “They could have been carrying a weapon”, “They made furtive gestures toward their waistband”, “They had a black object in their hand (turns out it was a phone/wallet/candy bar)”.

They of course already do have and use these excuses, but now the news will lean on the “Legally, they could have!” bit.

That bankruptcy filing got rejected by a judge as not being in good faith.

As a stunt how about setting up a stand offering cheap (or even free) guns immediately outside the Texas Capitol building? Surely Governor Asshole wouldn’t object to a large group of armed citizens (maybe played by members of an organization that are in favor of gun safety) outside his office even if they had not had to pass a background check and say had signs denouncing him?

Maybe Hey Abbott could team up with Ted Cruztello and do a comedy skit “Who’s on 2nd (Amendment)?”

This emerging GOP thing, of encouraging violence so that police may be made into active-duty soldiers on the front lines of a genuinely threatening and chaotic civil environment?

I’m not convinced that’s what’s going on here—that assumes that the people pushing this legislation can see “more violence” as a consequence of “more guns.” For one thing, they’d push back with the discredited “more guns, less crime” study. For another, they’re not thinking that many moves ahead. They just know that they like guns, their voters like guns, and most importantly, liberals hate guns (the GOP doesn’t have policy ideas these days beyond “goad liberals”), so let’s have more guns.

They also know that liberals hate cops, which is why the Texas Lege is also about to pass a law penalizing cities that reduce their policing budgets.

Maine has had CC for 6 years, and is rated the safest state in the nation. I’m pretty sure Texas will do fine. You have to have a background check to purchase a firearm, by Federal law, so there still are background checks. I admit the POC problem is there, but police don’t really need an excuse, do they? 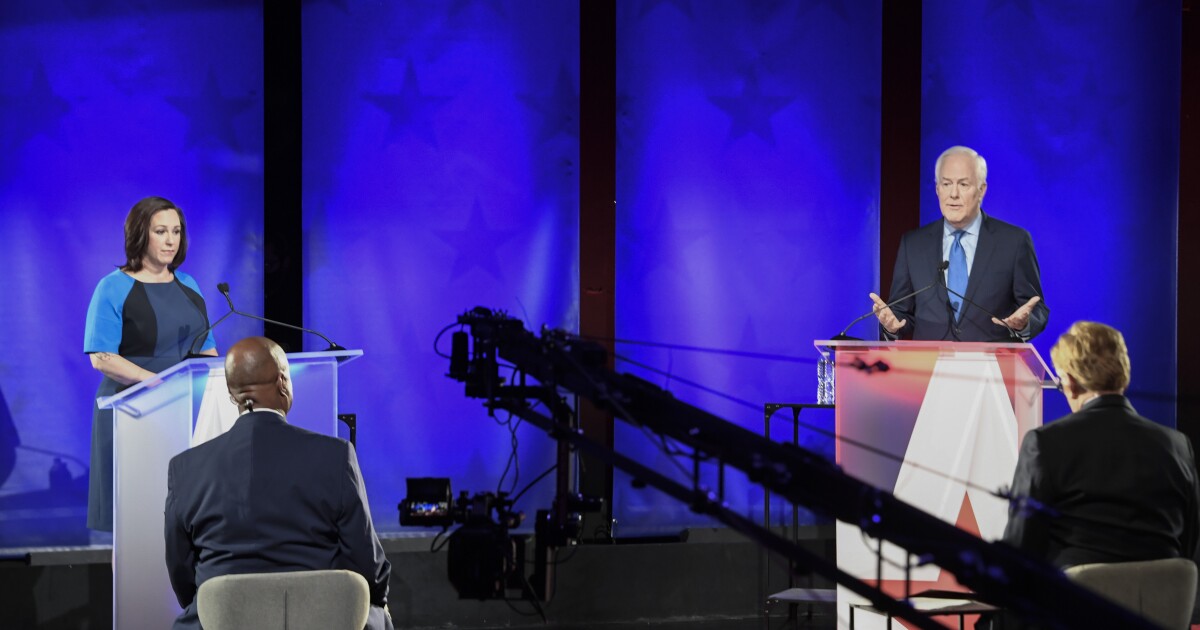 Gun Violence Is A Problem In Texas. And No One's Talking About It.

In recent years, Texas has been home to several high-profile mass shootings and increased gun violence. But for some reason, no one's talking about guns on the campaign trail. We take a look at the issue through the lens of the 2020 Senate Race in...

Texas has the highest NUMBER of deaths per state in 2019…

But sure, this will be fine… after all, it’s not like the state is run by a reactionary right wing party that is constantly stirring up animosity towards POC and their political opposition or anything, right? /s

Source –  “In Texas, there really can be too much of what some people see as a good thing. While every state has odd laws on the books, the Lone Star State has one regulating the possession of a sex toy. Yes. Texas bans the possession of or...

Texas is a land of absurdity.

This is not concealed carry. This is the removal of background checks for concealed OR open carry.

Texas will not be fine.

Several times a day already I read about a shooting in my city. Usually a woman is shot in front of her kids because a man is angry. Sometimes random people in parking lots. Sometimes angry drivers. Sometimes bystanders at a restaurant or bar. That is only going to escalate.

We will not be ok. A lot of people are going to die needlessly.

"Austin interim Police Chief Joe Chacon opposes the bill in its current form. He tells Texas Standard that it would make it more difficult for law enforcement officers to determine who is fit to carry a gun in the moment, especially during times of heightened tension like large protests.

“ With this law, we’re really asking law enforcement to make all those determinations because there hasn’t been that [permitting] process that’s occurred,” Chacon told Texas Standard. “That just makes law enforcement’s job that much harder, and trying to figure out who should and can carry a firearm, and who probably shouldn’t be doing so. “" -TexasStandard (May 05)

Silly Chief, the rest of Texas WANTS to shoot all the protesters.

I could eat Scrabble tiles and shit out a better way to phrase that.