Thandiwe Newton calls out Sean Penn for being a "jibbering fool"

Originally published at: Thandiwe Newton calls out Sean Penn for being a "jibbering fool" | Boing Boing

It will surprise no one that Penn’s ex-wife Madonna had different views about gender conformity. This is what she said of her idol David Bowie:

“I never felt like I fit in growing up in Michigan. Like an oddball or a freak. I went to see him in concert at Cobo Arena in Detroit,” Madonna wrote, adding that Bowie was her first concert. “I already had many of his records and was so inspired by the way he played with gender confusion. Was both masculine and feminine. Funny and serious. Clever and wise. His lyrics were witty ironic and mysterious.”

Jabbering? Or gibbering? I guess jibbering is an appropriate portmanteau

“You used to be sexy, but now you’re just tragic.”

Wicked burn; needs to be on a tee-shirt.

I can’t believe that Sean Penn deserves an “ok, boomer”. But he does. 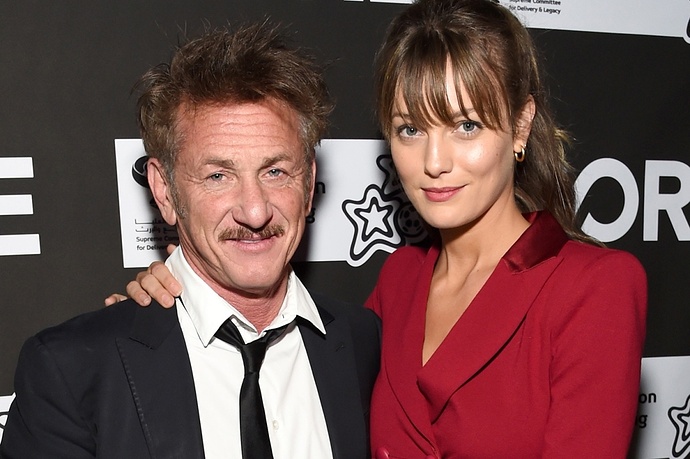 SEAN Penn, 61, has split from his wife Leila George, 29. She filed for divorce after just one year of marriage. The Australian actress filed divorce documents on Friday in Los Angeles County Superi…

Sean Penn seems like a nice guy…oh, wait, no, I mean that he seems like he calls himself a “nice guy” on Tinder in spite of unabashedly wearing a fedora in a profile pic that is half color/smiling and half black-and-white/frowning.

“you used to be sexy but now you’re just tragic”, When was he sexy? Was it when broke into Madonna’s house abused, berated, beat and bound her to a chair for hours? Was that the sexy time?

He joined the incels?

My reaction to Sean Penn has always been “yikes” (I too missed the alleged sexy phase). But he does seem like he’s trying to grow and change, so perhaps one day his journey will lead him somewhere less offputting. Which is more than I can say of most people who come out with stuff like this. 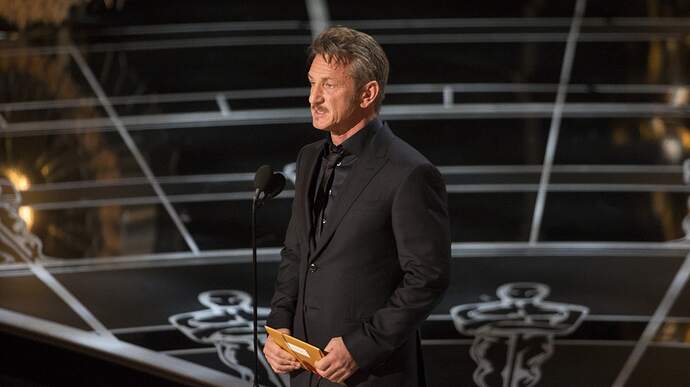 The Oscar-winning actor has filed a $10M lawsuit against Empire co-creator Lee Daniels for referencing his alleged abuse in an interview, bringing up questions about his past.

To be fair - he is an expert on toxic masculinity and what women should find abusive behavior. Of a sort.

Speaking as a red-blooded American male, I welcome the prospect of becoming wildly feminized. Although, on second thought, maybe that doesn’t mean what I think it means…

Jabbering? Or gibbering? I guess jibbering is an appropriate portmanteau

I think she’s saying she pities the fool.

There are a lot of, I think, cowardly genes that lead to people surrendering their jeans and putting on a skirt."

The men who wear skirts are typically the last ones that I’d call “cowardly,” and I’ll bet they’d like to pass on a message to mr Penn: 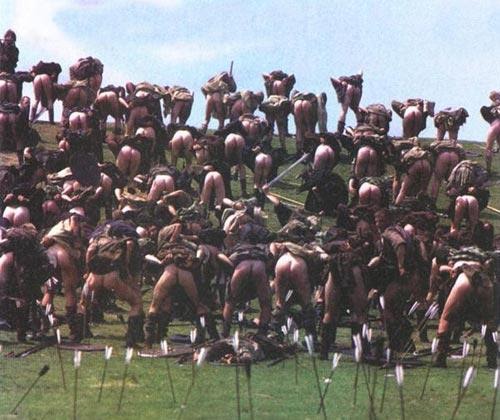 Anyway, getting back on topic, this idea that certain traits, actions and behaviors are either masculine or feminine…that’s all determined by society. Those traits, actions and behaviors are not at all inherent to boys and girls; they are taught and reinforced as children grow up. At the same time, societies change and, with them, these amorphous concepts of what is masculine and feminine change as well. For instance, it was not all that long ago when pink was considered a color for boys.

A person can either recognize that these concepts will change over time and realize that these concepts are not particular meaningful in describing people (though they tell us a lot about societies) or a person can simply bemoan the fact that “men/women aren’t like they used to be,” a statement that could have been said at any point throughout history and would have been just as true as a reflection of shifting social mores then as it is now.

Mod note: I’m not sure why this mantra of “This person has done good in the world therefore we should overlook the bad” keeps coming up. I’m going to guess it is a combination of the realization over time that many of the people we (collectively) have looked up to are human and therefore imperfect, and how we (collectively) deal with that realization. People can be praised for the good they’ve done and chastised for the bad at the same time. Unless you happen to be Anubis it’s not a zero-sum measurement.

In addition, the victims of toxic masculinity are not the Sean Penn’s of the world, it is the woman who cannot engage in “masculine” behaviours or the man who cannot make the choice to pursue a traditionally “feminine” persuit due to harassment, shame, or worse - as well as the members of the LGBTQ+ community who at risk every day just for being who they are, and having to exist in a world where the idea of what is “normal” is set by outdated ideas of gender and sexuality.

It is not the good deeds of others that “excuse” the bad. It is, as always, how they choose to atone for their bad deeds that matters. And that only happens when the light is shone on those deeds to begin with, through these very sorts of discussions. If you do not want to have that discussion, don’t post here, but chastizing other members because they do want to have that discussion, or suggesting that the good outweighs the bad are not appropriate here, for the reasons stated above.

I wonder what traits or actions he considers masculine and feminine?

Men should just be themselves and not worry if other men consider them masculine or not.

It seems some people have very warped ideas of what masculinity means or what traits one attributes to being masculine, as coincidentally this video was posted not long ago.

It took me a while to actually watch any of the Beau clips I see around the interwebs. I’m glad I eventually did, he seems to always have pretty decent insight/opinions.

If Sean Penn wants to have a serious discussion on this subject he should first clearly define exactly what “masculinity” is, and then provide evidence that men are being “wildly feminized” (and it should be more than just anecdotal evidence like “I saw two skinny guys drinking tea all dainty-like with their pinkies sticking out.”)

pretty much same meaning. Yup. “Douchebag”… Pretty much describes him to a “T”.