Sohla’s writing and recipes at Serious Eats are some of that site’s best content. I didn’t watch any of the BA vids, but was really excited to see her star rising.

She deserves some serious dap from any and all corners of the internet of food. It was infuriating and sad, learning of her treatment at the hands of Condé Naste. 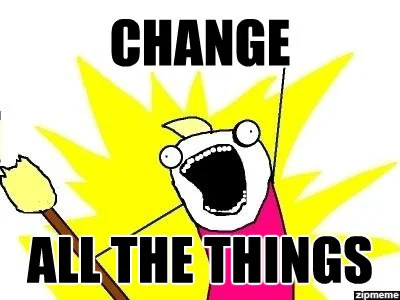 I hope against hope that there isn’t some skeleton in the closet at Serious Eats. I’m just not sure I can take it if it comes out that Kenji has been running meth this whole time or the recipes are actually written in a Uighur labor camp.

This whole thing with Sohla has me nervous about SE. I really appreciate that site and would hate to see Ed turn out an asshole, but I’m finding optimism a rare commodity these days.

This is an amazing video. I subscribed to the channel on the strength of this video alone.

It’s a long watch, but worth every minute.

As a meta-meta-analysis, it gets right in there to the weird roots and supports for institutional racism and how easily that all comes back to capitalism.

I’m not really sure I get the whole distinction he’s trying to draw about a “lie agreed upon.” No one is pretending the show isn’t produced…? Maybe I didn’t watch the right BA videos.

Anyway it doesn’t change the central point that businesses gonna business and that racism and sexism are arrows in the quiver of any organization trying to exploit their workers.

If everybody in the organization is turning out to be an sexist/racist then I’d look at the guy doing the hiring.

Everyone that worked at BA were complete inspirations to me as a not-very-great cook who likes to experiment and try new things. Sohla is by far one of the folks that inspired me the most to take a chance and really get out of my comfort zone, i made fermented dosa batter and also learned to make chickpea curry. Brad is someone else that i admire their willingness to try anything and i’d like to take up fermenting things based on his recipes.

It really sucks that BA and its parent company have done such a horrible job at creating a welcoming and inclusive workplace. It’s a shame to see some of the talent they had leave, and frankly going forward it will never be the same.

One of the points in the video is that most workers don’t have to be racist for the business to be racist. They just have to be unaware of the racist practices. (Sometimes this means willfully unaware; sometimes it means believing that what they might try likely won’t help, but will likely get them fired/demoted/de-privileged.)

The tempering chocolate video with Babish is awesome… they make a Babish head!

Brad is someone else that i admire their willingness to try anything and i’d like to take up fermenting things based on his recipes.

yeah, i’m a big fan of Brad, and i hated seeing people pile on him like he’s some racist bro based on a couple precisely-chosen clips, when if you watch enough videos of him you can see that he’s just not like that at all. he really has given me some cooking inspiration, and omg his videos are so well-edited that they are worth it just for that alone.

He’s a sweet guy and he’s constantly offering help, expertise and praise to other professionals in the kitchen. He can be a bit chaotic at times and he isn’t the best with his words, but he never struck me as someone that would purposefully put others down.

Background: I have watched many of the BA videos and found them charming. I got a couple of good recipes. But I never thought it was “real”.

First: agree with others that this video is worth a watch and I subscribed to the guy’s channel based on this video.

However: Seems to be conflating the produced nature of the show (I mean, duh) and the challenges faced by (1) support staff and editors who got paid less or (2) didn’t get their content featured.

Well all I know is that Sohla is sweet and funny and so competent and she needs to be on the air as much as possible and also asap.
I liked the other BA kitchen people too, but disliked Adam from the start when he insulted Brad on camera. Nothing I saw subsequently changed my opinion that he’s an asshole. And I was right. You’re welcome.

Adam always struck me as a bull in a china shop. He’d show up on a video, whichever poor soul was featured would have to cater to his apparent lack of knowledge as he charged forward during the video and the other person would have to awkwardly correct him or they’d have to politely nod and let him change the recipe or give bad information. The entire dynamic with him on camera always seemed forced and far from genuine, and there always seemed to be a negative energy where people had to let him have his way.

I’m glad he’s gone but sadly BA will not be the same.

You know, I haven’t seen the racism but I only ever watched Clair. What I did see is how he treated woman and particularly how he treated Clair and it was not good. To the point that whenever he would come on screen I would say shutupshutupshutup and try and skip to the nearest point where he isn’t talking anymore. I don’t know if he is a racist bro* but he is definitely a bro.

*what am I talking about, yes I do: he was the kitchen manager of that shit show. He was at the very least deeply complicit in the racism or, in other words, racist.

He had done quite a few with Molly, and every single one has very strong awkward vibes.