The booming world of leg-lengthening surgery

Years ago, before I saw Gattaca, I saw some special (NOVA or something similar) about someone with a growth hormone disorder, and one of the techniques they used to combat it was this method. Then when I finally did see Gattaca, I was thrilled to recognize the reality of the procedure they were using. It was a fun moment for young-adult me.

Jesus, I always thought this was just something they dreamed up for the movie Gattica. I’m slightly horrified, but not surprised, to find this is a real thing.

I knew a guy in high school who had it done. He was under 5’ tall and was bullied because of it. I hope the pain of the procedure was worth it.

But I can certainly see the “to impress girls” angle. It’s apparently quite common for women on dating apps to automatically reject any man under 6’. For myself, I wouldn’t want to date anyone that shallow, but I guess other guys have a different take on it.

I don’t think extra 3” would’ve helped, but can understand the need. I’ve known a couple of guys who were around that height. They both suffered from bullying and had issues with sexuality.

So the GOP asshats are going to be condemning this gender-affirming surgery for cis males any moment now, right? /s

Ultimately, if only to be consistent with my own beliefs, I have to come down on the side of “it’s your body, you can fuck it up however you want, just don’t hurt others” which leaves me in the position of having to support this, or at least the choice of this. Corrective surgery? Actual gender affirming surgery? Yes, absolutely. Just for pure vanity reasons? N … well … crap. It feels wrong, but I can’t actually condemn a person for making that choice, unfortunately.

From my perspective as a 6’ 2.5" (189 cm) male, I sometimes find myself envious of shorter people. It’s tricky to fit in a car or a plane, and if I trip and fall I hit the ground faster and harder than someone with less built-in altitude.

As a perfectly average height US man, this is a big benefit. My son (same height) and I were discussing it the other day - everything fits!. It’s like a superpower.

My youngest brother is over 6 and a half feet. Public transport is not friendly to him.

I’m happily married for going on 25 years, but my friends who are divorced and out in the dating pool – being 5’7 or whatever (and being honest about it) is basically a death sentence in online dating.

That said, if you’ve got $150K in cash and you decide this is a better use of it than a new Porsche to make you happy, you be you. 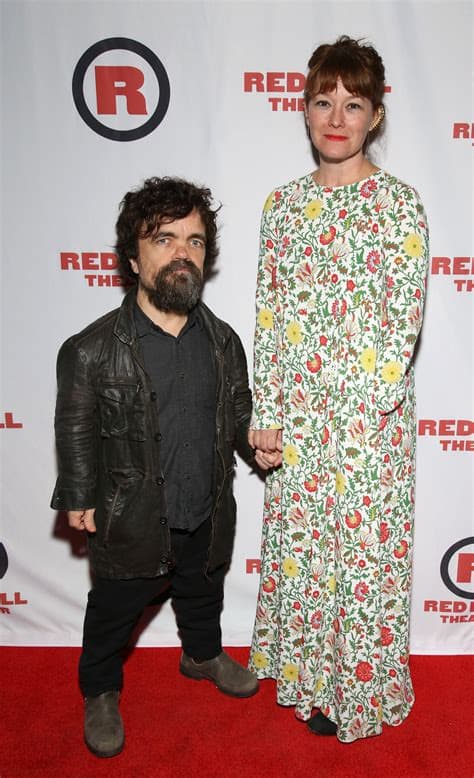 and out in the dating pool – being 5’7 or whatever (and being honest about it) is basically a death sentence in online dating.

Seems like short people should be able to at least get dates with other short people, right? It sure would be hypocritical to complain that tall people won’t date them if they weren’t willing to date people of comparable height themselves.

(Which of course is not to suggest that short people should have to date other short people, just that they shouldn’t expect others to have less exacting standards than their own.)

Just adding more inches of height, it seems like this would cause some strange proportion and balance issues.

When it’s all said and done, I really hope the excruciating pain and immense cost ends up being worth it for these people, and they can find some happiness as a result.

From what women tell me, a lot of guys in the app dating pool would do better first adjusting their attitude and sense of entitlement, which process is a lot less expensive and physically excruciating than going through this operation.

some strange proportion and balance issues

Shrugs, my primary partner is a little under 5’ 5" and he’s gotten a few dates online in recent years. One of which has turned into another serious long term relationship. And he doesn’t actually contact that many women, so it’s not just a numbers game.

I mean if you want to get into cultural beauty standards, he’s also middle aged, overweight and losing his hair.

But then again he’s also smart, funny, cool (in the geeky way), respectful, and caring.

I obviously find him adorable but I am apparently not alone in this opinion.

Height is an advantage to be sure in any social interaction, there is definitely a cultural bias, and studies to back that up. But anyone getting fixated on “fixing” one trait as the one big life changer is inevitably going to be disappointed.

says Dr D. “I got, like, 20 software engineers doing this procedure right now who are here in Vegas. There was a girl”—because girls can be tech bros too…

Gross.
Personal opinions on this procedure aside, the fact that an adult human doctor is calling women “girls” grosses me right out.

a lot of guys in the app dating pool would do better first adjusting their attitude and sense of entitlement,

True in meat space, too. No one owes you sex.

But then again he’s also smart, funny, cool (in the geeky way), respectful, and caring.

I obviously find him adorable but I am apparently not alone in this opinion.

I’ll freely admit, I do not understand beauty standards. I may not be physically attracted to everyone, but I also rarely find anyone physically unattractive. (I can’t think of any actual examples, I say “rarely” to acknowledge it’s not impossible.) Yes, there are physical features I’m drawn to, but they’re not universal among my partners, especially since sometimes they’re mutually incompatible!

Ah, but personality, social behaviors, intelligence, political beliefs, attitudes towards others … Absolutely. These color my perceptions of a person far more than anything physical. I absolutely find people very ugly after I meet them (in person or otherwise.) Your partner there sounds absolutely lovely!